Rapper says he won't run for President until 2024 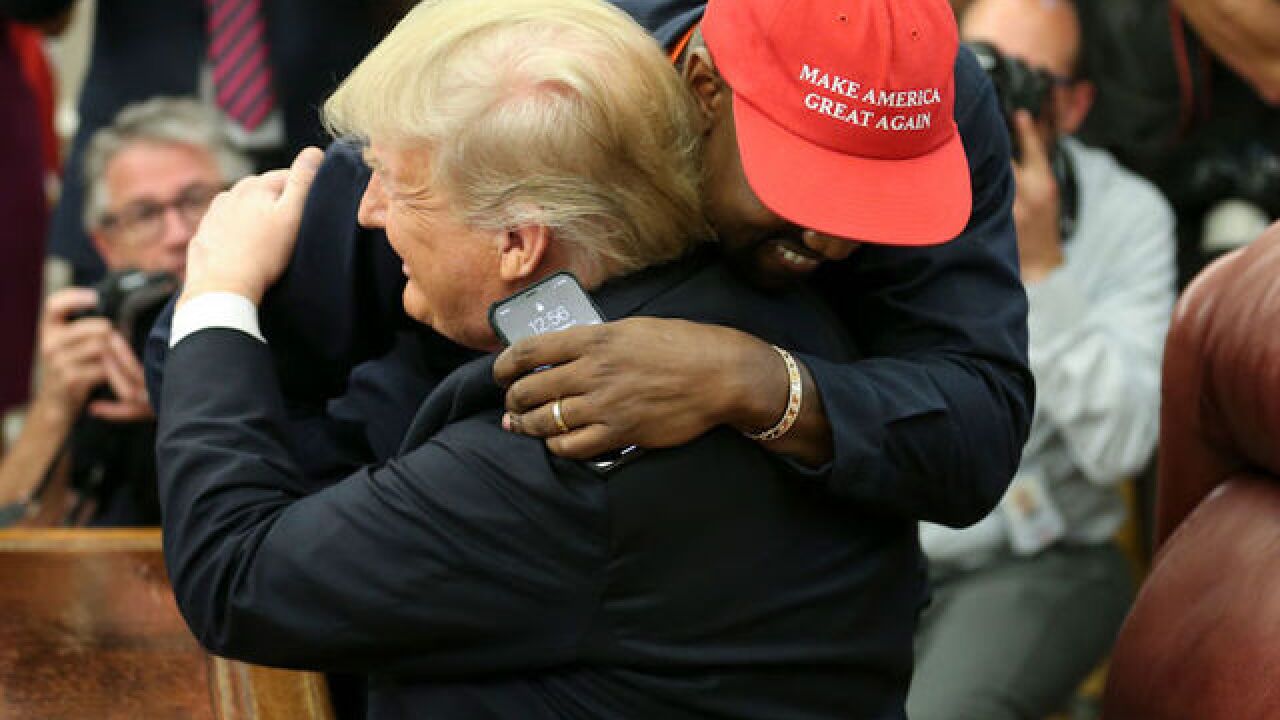 Image copyright 2018 Getty Images. All rights reserved. This material may not be published, broadcast, rewritten, or redistributed.
Pool
<p>President Donald Trump hugs rapper Kanye West during a meeting in the Oval office of the White House on October 11, 2018 in Washington, DC. </p> 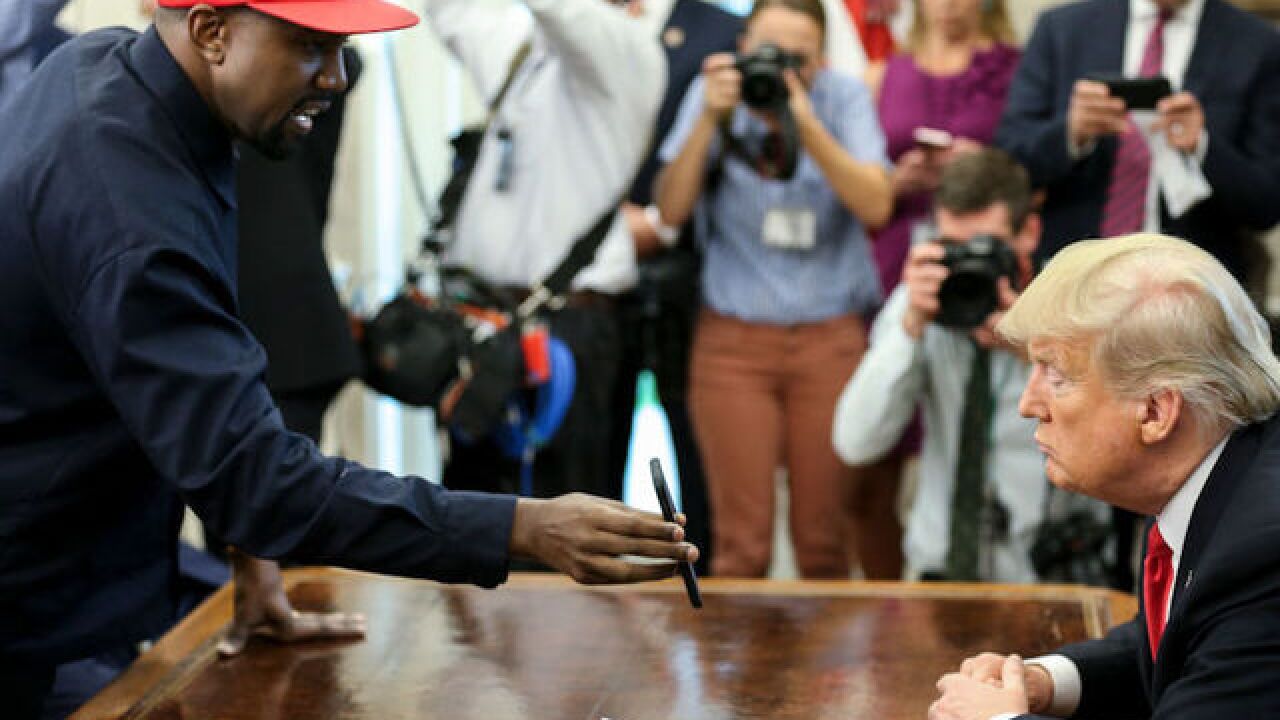 Kanye West visited President Donald Trump and his son-in-law, Jared Kushner, at the White House today, and he spoke to media for 10 minutes without stopping.

West touched on many topics, saying he won't run for President of the United States until at least 2024 and he will support Trump in the campaign for 2020.

He also talked about manufacturing and prison reform while he was in the Oval Office.

"We can empower the pharmaceuticals and make more money," he said.

West also talked about being mistakenly bipolar, and on a different topic, he talked about wearing a hat with Trump's "Make America Great Again" statement and how it made him feel like a superhero.

Throughout his extended speech, the rapper used a couple of profane words.

When asked by the President how it felt to be there, West told Trump "it is good energy."

NFL legend Jim Brown was with West. He's a former star running back for the Cleveland Browns who has previously discussed issues facing the African-American community with Trump.

Violence in Chicago is personal to West, who was raised in the Windy City, named his youngest child "Chicago," and recently told a crowd that he is moving back, according to a video obtained by TMZ.

This was West's second meeting with Trump since the 2016 election; he previously visited with the then-President-elect at Trump Tower in December 2016. The two discussed multicultural issues, education and violence in Chicago, West tweeted at the time. Trump told reporters at Trump Tower that they had been "friends for a long time."

His wife, Kim Kardashian West, has been to the White House twice in recent months to discuss criminal justice reform and the clemency process. The reality star and entrepreneur was also instrumental in securing a commutation for Alice Marie Johnson, a woman serving a life sentence over non-violent drug charges.

West recently made waves by wearing Trump's signature "Make America Great Again" hat during an appearance on NBC's "Saturday Night Live" and delivering a pro-Trump speech after the show went off the air. He has previously said he would consider a presidential run in the future, and told a crowd in San Jose in 2016 that he didn't vote in the election, but "would have voted for Trump."