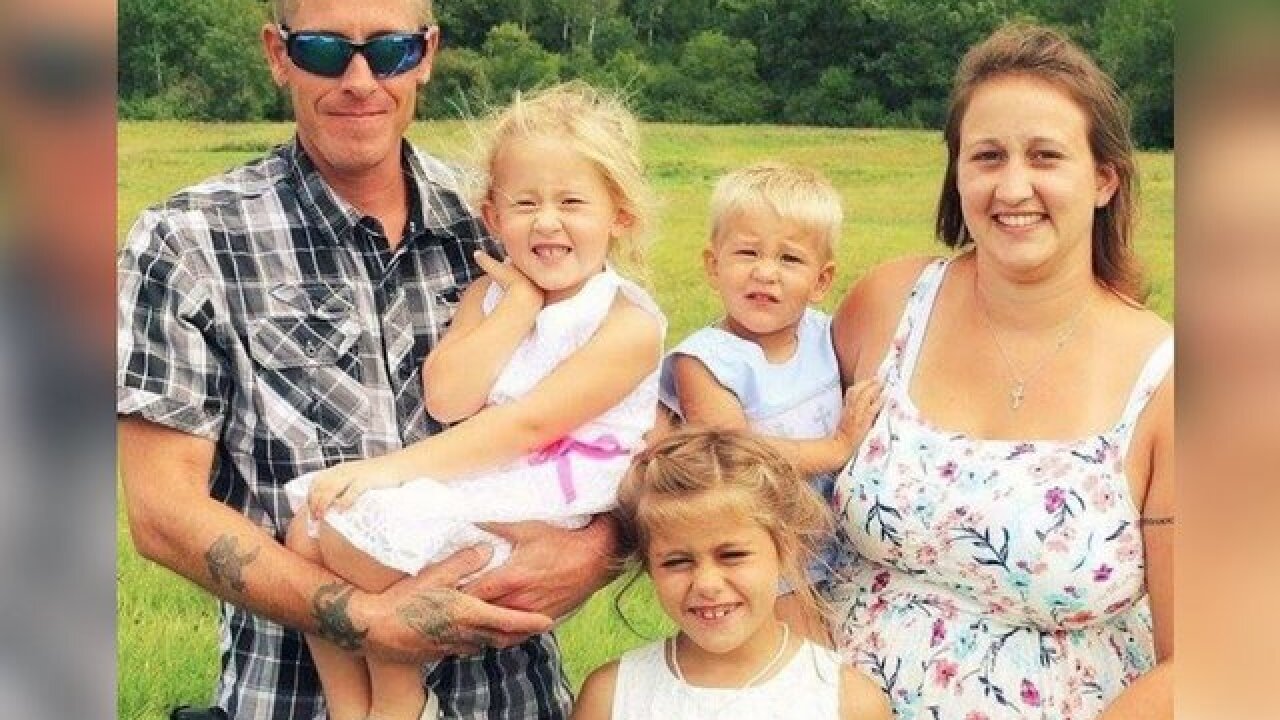 © 2018 Cable News Network, Inc.
Courtesy of family
<p>A family's vacation on Lake Superior took a tragic turn when a kayak capsized, killing the father and three young children and leaving the mother as the sole survivor.</p>

A family's vacation on Lake Superior took a tragic turn when a kayak capsized, killing the father and three young children and leaving the mother as the sole survivor.

"They loved to go camping together and they took their kids everywhere and explored the world," she told the TV station.

They were kayaking from Madeline Island to Michigan Island on Thursday afternoon when the wind and waves started picking up and caused water to get into the kayak, US Coast Guard spokesman Alan Haraf told CNN. The family's 13 ½-foot craft tipped over and all five, each wearing a life jacket, fell into the open water, Haraf said.

Cari Mews was able to use her cell phone, which was stored in a water-proof bag, to text her sister.

"I got a text message that said '911,' and then immediately following, 'Michigan Island.' I knew that they were going kayaking that day. ... I just knew I had to call the police to see if they could go look for them," Bobi Jo Mews told WCCO.

The text message did not reach Cari Mews' sister until about five hours later because there was no cell service in the area, according to Haraf.

After the sister contacted authorities, a half-dozen agencies mobilized to aid in rescue efforts in search of the family. The Coast Guard issued an emergency broadcast to all boats in the area asking them to divert to where the kayak had capsized.

USGS Research Vessel KIYI was the first boat to arrive on the scene. Around 10 p.m. CT, crews aboard the vessel spotted a small light coming from the water near Michigan Island. It was from Cari Mews, who had been submerged in 60-degree water for nearly six hours.

"She was holding what was possibly a cell phone light," Haraf told CNN. "She was exhausted and was suffering from hypothermia."

While attempting to swim to Michigan Island, Mews became separated from her husband and their children, ages 3, 6 and 9, in the choppy waters of Lake Superior, according to the Ashland County Sheriff's Office, which aided in the rescue.

"It was shortly after (midnight) when a Coast Guard crew located the bodies of the father, the little boy and one of the little girls," Haraf told CNN.

Thunderstorms in the area hampered rescue efforts until Friday morning. At that time, the body of the 9-year-old daughter was located on the shore of Michigan Island by the National Park Service.

"Even with all the required safety equipment and all the right training, anything can happen when you get out on the lake," the Coast Guard's Justin Sickler told WCCO.