Tornadoes touch down in Oklahoma, Nebraska 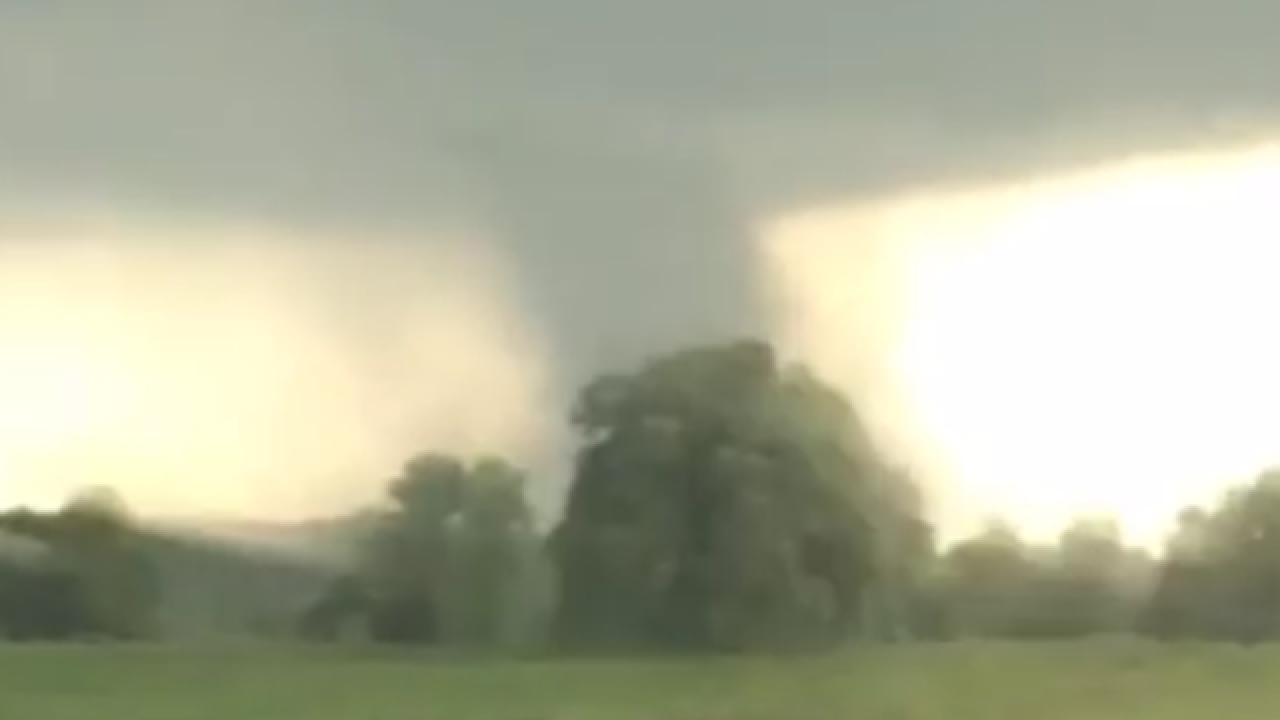 OKLAHOMA CITY (AP) — Tornadoes destroyed homes, overturned vehicles and stripped the bark from trees as they churned across Oklahoma, part of a strong series of storms that hit the Plains.

At least two people died Monday in weather so violent that forecasters declared a "tornado emergency" for communities in the path of one of the twisters.

"You are in a life-threatening situation," forecasters declared while warning the communities of Roff, population 725, and Hickory, population 71, which were ultimately spared major damage. "Flying debris will be deadly to those caught without shelter."

Dana Lance was driving through the Pontotoc County community of Roff on her way home from work Monday when the skies grew ominous, sirens wailed and forecasters on the radio told people to take cover. "I parked and went into the school, which has a safe room," Lance said. "There were kids and elderly people, dogs and cats, babies. It was like the whole town was there."
In nearby Murray County, where Hickory is located, emergency management director Gary Ligon said one person was injured.
Garvin County officials said a man believed to be in his upper 70s died when another tornado hit a home near Wynnewood, south of Oklahoma City. That storm, caught on video by several storm chasers, appeared white against the dark clouds of a supercell storm. In Johnston County, the sheriff's office said a man was killed by a tornado near Connerville.
The Oklahoma Office of Emergency Management reported the storms destroyed a radio station building in Coal County and an undetermined number of homes in Murray, Garvin and Johnston counties.

The bad weather should settle in the Ohio and Tennessee valleys on Tuesday, forecasters said, while another storm system should bring storms to the area from north Texas to near St. Louis on Wednesday.

In Hugo, near the Red River, Charles Webb piled one of his dogs and one of his cats in the laundry room Monday and hunkered down as the storm came over his house, clipping trees and spinning up debris. Webb said he emerged from his home minutes later to see blue skies.
"We're real lucky, but we've been lucky for a lot of years, fortunately," Webb said Monday.
In the rolling hills between Oklahoma City and Dallas, the Oklahoma Highway Patrol closed Interstate 35 near Wynnewood for 15 minutes Monday so the storm could pass.
Jessica Randolph, a cashier at the Love's Travel Stop in Pauls Valley, Oklahoma, said the tornado came so close that managers ordered employees and customers to take shelter.
"They put us in the showers," Randolph said. "I drove in when all of that was going on. All we had was pea-sized hail."
Despite the danger, Randolph said she has seen severe weather before and wasn't frightened by the experience.
"Not for me. I'm used to it," she said.
The National Weather Service said a tornado touched down in central Iowa, with no immediate reports of damage, and another hit near Nehawka, Nebraska, about 30 miles south of Omaha.
Sandy Weyers, the director of the Cass County Emergency Management office, said a homeowner didn't make it inside by the time the tornado arrived so he grabbed onto a tree and "rode it out." Weyers said the man suffered only cuts and scrapes, while the home was a total loss after the roof and four outer walls gave way.

Follow along with the latest updates in the ScribbleLive below. If having trouble viewing on a mobile device, click here.