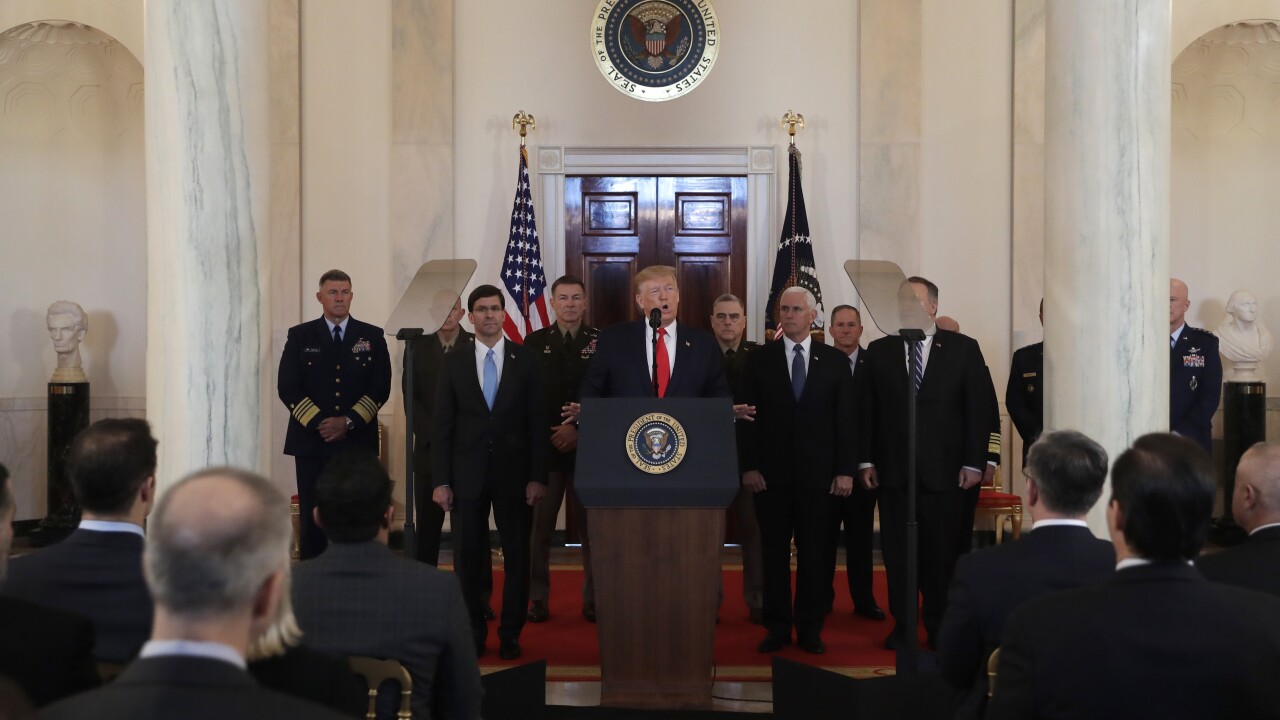 After initially saying that there were no casualties from last week's missile attack, US officials confirmed to CNN that 11 troops were injured.

On January 8, Iran fired missiles on two Iraqi bases that house US troops. The missile strikes were in response to the US launching an attack resulting in the death of Iranian General Qassem Soleimani.

"While no U.S. service members were killed in the Jan. 8 Iranian attack on Al Asad Air base, several were treated for concussion symptoms from the blast and are still being assessed," the US-led military coalition fighting ISIS in Iraq and Syria told CNN.

"Out of an abundance of caution, service members were transported from Al Asad Air Base, Iraq to Landstuhl Regional Medical Center in Germany for follow-on screening. When deemed fit for duty, the service members are expected to return to Iraq following screening," the statement added.

CNN added that the military defines a casualty as a death or injury involving military personnel.

"The American people should be extremely grateful and happy no Americans were harmed in last night’s attack by the Iranian regime," Trump said. "We suffered no casualties, all of our soldiers are safe, and only minimal damage was sustained at our military bases."