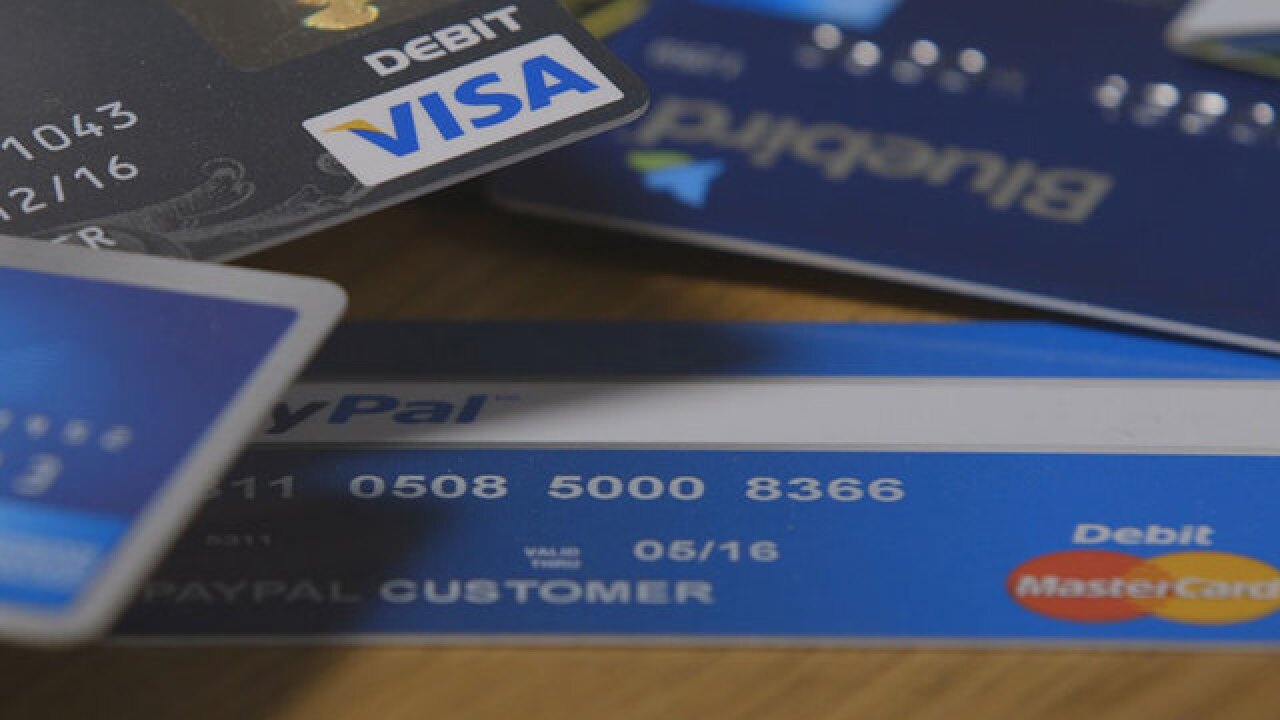 Major consumer protections slated to take effect next spring for users of prepaid credit cards would go away if a push succeeds to have Congress kill the safeguards before a deadline early next month.

Scripps News has discovered the president-elect of the largest trade group vying to block the protections, which require increased transparency across the industry, also leads a prepaid company that agreed in March to a $53 million settlement with the Federal Trade Commission after the government charged that it repeatedly deceived consumers.

National consumer advocates say the revelations about the leadership of the Electronic Transactions Association, which represents 550 members of the prepaid industry, only adds to the need for more industrywide protections.

Currently, prepaid cards are not required to carry the same fraud protections as standard credit or debit cards and can come packed with hidden fees that can quickly reduce available funds.  A new rule finalized by the Consumer Financial Protection Bureau last October sets an industrywide standard on fee disclosures for prepaid cards and requires new, transparent postings right on the package listing the fees the CFPB believes are most important to consumers.  The rule would also strengthen fraud protections for consumers.

“It would really be a tragedy to deprive 33 million households of fraud protection and simple fee disclosures,” said Lauren Saunders, associate director of the National Consumer Law Center, which is trying to fight resolutions introduced in the House and Senate that would do away with the CFPB rule.  The resolutions would exercise a rarely used procedure under the Congressional Review Act that can do away with regulations passed in the final months of a prior administration.  Congress has until May 10 to act on Obama-era rules.

Consumer advocates say the industry needs more safeguards because prepaid cards are now one of the fastest growing consumer financial products in the nation. The amounts being loaded onto them have exploded in recent years, growing from $52 billion in 2007 to $287 billion by 2015, according to the Mercator Advisory Group. The numbers collected so far for 2016 reach almost $300 billion. Large employers and government agencies like the Social Security Administration use the cards to pay employees or make benefit payments.

Prepaid cards, which are reloadable, are different from gift cards and add many debit card-like features without tying them to a bank account.

The largest player and one of the prepaid industry’s founders, Green Dot, welcomed the CFPB rule when it was announced last fall.

“We fully support the CFPB’s mission to ensure fairness, integrity and consumer protections for all participants in the financial system,” the company said in a press release .

But the Electronic Transactions Association has opposed the rule and supports the pending congressional resolutions to kill it, even after the CFPB announced last week it would delay implementation until April of next year, in a signal that it wanted to work with industry to give companies more time to comply.  The association, however, said delaying or even amending the rule is not enough.

“The issue is the way the final rule is written.  It says you have to disclose the highest fee with any particular category,” said Scott Talbott, the chief lobbyist for the ETA.

Talbott said his trade group supports transparency, but with limited space on the outside of the packaging, the disclosure requirements could have the unintended effect of  “stifling innovation,” causing card issuers to simply do away with some premium features that might come with a higher fee they would have to prominently list.

Talbott offered the hypothetical example of two different prepaid cards which both offer the ability for consumers to pay bills for free in a manner that typically takes two or three days.  If, however, one card also offers a premium feature such as “expedited” bill payments for an $8 fee, he said the card issuer would have to disclose that fee on the front of the packaging.  He said consumers might be unaware the same card also offers standard bill payment for free and avoid the cards with the higher fee disclosure for expedited payments.

However, nothing in the rule would prevent companies from voluntarily disclosing free additional services. Companies could also include in parenthesis in their disclosures any additional words or branded names that emphasize the fees are for premium features.

“They are grasping at straws, trying to distract attention,” Saunders said.  “Expedited fees don't even have to be disclosed on the package unless they make a lot of profits off them.”

Consumer groups say profit, however, is the key motive for prepaid industry giant NetSpend to support the ETA’s attempts to stop the rule in its tracks.  Saunders said NetSpend takes in $80 million annually in overdraft and other fees from consumers, and would continue to take them in if Congress kills the pre-paid rule.

The president of NetSpend, Chuck Harris, also is the president-elect of the Electronic Transactions Association and a prior board member.  On March 31, 2017, NetSpend agreed to a $53 million settlement with the Federal Trade Commission after the Commission “ charged that in numerous instances , prepaid card company NetSpend Corporation deceived consumers,” who faced delays or were unable to access money they loaded onto prepaid cards and, in some cases, allegedly had their funds “depleted by company fees.”

In its complaint, the FTC also said thousands of consumers had complained about NetSpend’s business practices. Netspend did not admit wrongdoing in the settlement.  The ETA’s Talbott acknowledged NetSpend could see benefits if the rule dies, but he insists consumers would win as well. The ETA would not comment on NetSpend’s settlement with the FTC.

A spokesperson for NetSpend said the company “supports smart regulation of our industry” and said, “We comply with a wide range of financial and consumer protection laws and regulations.”

Mark Greenblatt is senior national investigative correspondent for the Scripps Washington Bureau.  You can follow him @greenblattmark or via www.facebook.com/greenblattinvestigates .