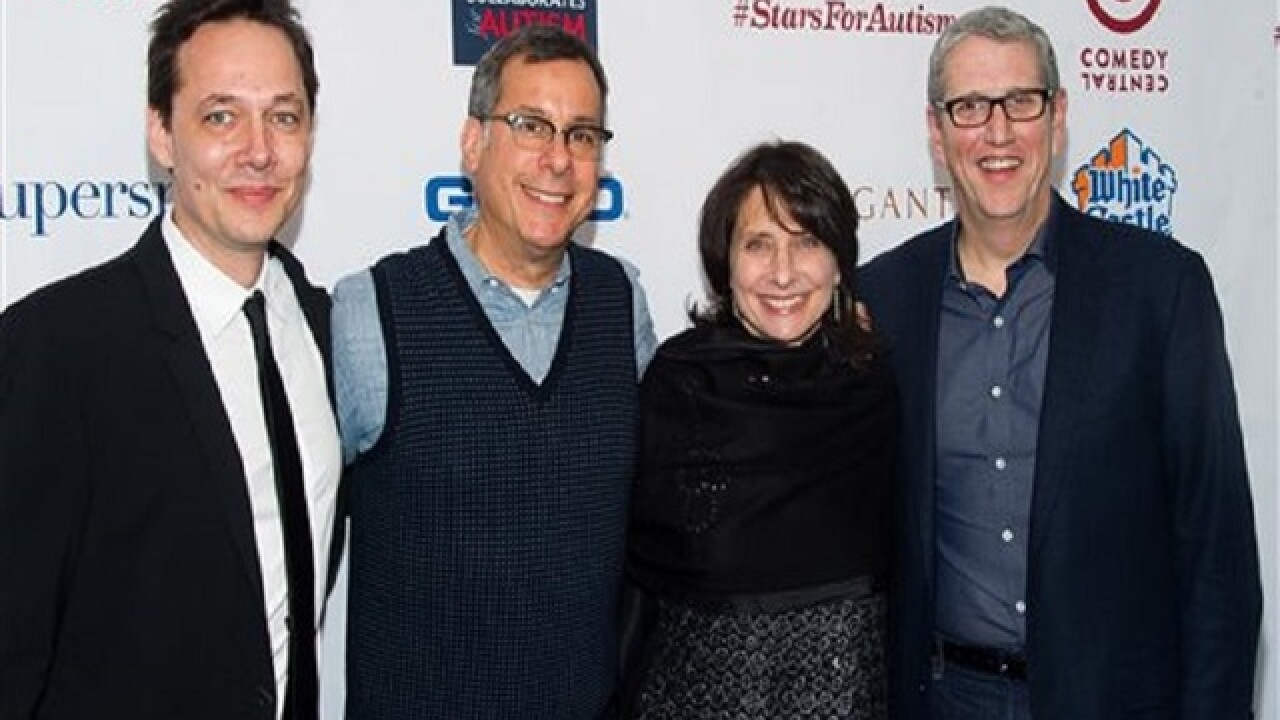 Charles Sykes
<p>FILE - In my Feb. 28, 2015 file photo, Jonas Larsen, from left, Kent Alterman, Michele Ganeless and Doug Herzog attend Comedy Central's "Night of Too Many Stars: America Comes Together for Autism Programs" at the Beacon Theatre in New York. Comedy Central's longtime president is leaving as the cable channel faces declining ratings. The channel said Monday, May 9, 2016, that Ganeless will be replaced by Alterman, who as president of original programming guided shows including "Inside Amy Schumer.� (Photo by Charles Sykes/Invision/AP, File)</p>

LOS ANGELES (AP) — Comedy Central's longtime president is leaving as the cable channel faces declining ratings.
The channel said Monday that Michele Ganeless will be replaced by Kent Alterman, who as president of original programming guided shows including "Inside Amy Schumer."
Ganeless said in a statement that the decision to leave was hers, adding that she wanted to challenge herself in new ways.
Alterman will assume his new job immediately. Ganeless will remain as an adviser through September to help with the transition, which includes executive David Bernath's promotion to general manager, the channel said.
Ganeless, president of Comedy Central for 12 years, was part of parent company Viacom's team that helped launch the channel in 1991. Most recently, she guided it through the departures of popular hosts Jon Stewart and Stephen Colbert.
Associated Press 2016