Washington mall shooting: What we know about the victims 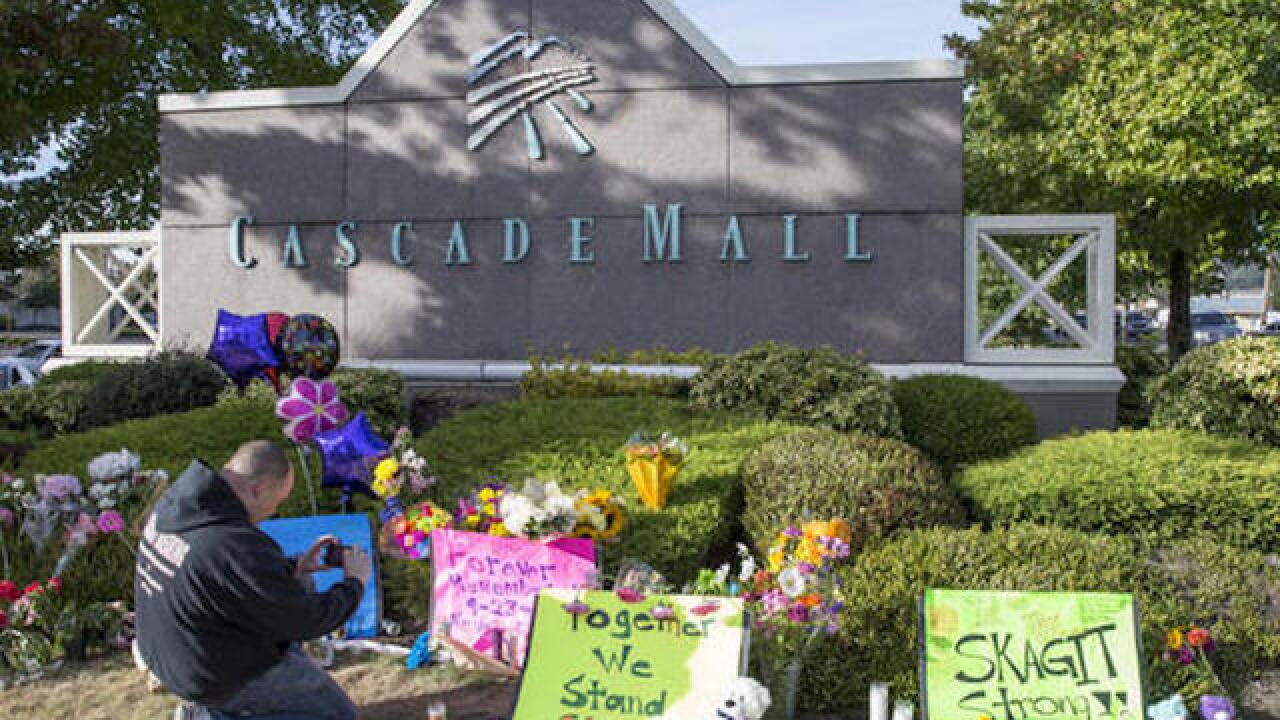 Copyright Associated Press
Stephen Brashear
<p>Chris Nelson of Burlington, Wash., takes a picture of a memorial, on Sunday Sept. 25, 2016 in Burlington, to the five victims killed in a shooting on Friday at a Cascade Mall. (AP Photo/Stephen Brashear)</p>

SEATTLE (AP) — Five people were killed in a shooting this weekend at a Macy's store in a mall north of Seattle. Authorities do not plan to make their identities public until Tuesday, but details about four of the victims have been reported by some of their employers and Washington state media.

Here's what is known about them:

The 16-year-old high school sophomore was the youngest victim of the gunman who opened fire in the department store in the small city of Burlington.

Lara survived cancer and was told by her doctor that she was doing well, her mother, Evangelina Lara, told The Seattle Times through a translator.

The family has Mexican roots, and Sarai Lara was proud of her heritage, her mother said. She had a wide network of friends at school and helped at home, caring for her 5-year-old sister.

Born in Mount Vernon just south of Burlington, the teen was described by her mother as bright, all smiles and her "right hand" at home.

"It's not fair what happened to her," Evangelina Lara said.

Eagan was set to retire next year after working for decades as a maintenance worker for Boeing Co., his aunt Carol Thrush told The Associated Press.

Boeing said in a statement that "we are deeply saddened by the loss of our colleague." Eagan worked for 41 years at the company's commercial airplanes division in Everett, Boeing said.

Thrush described Eagan, 61, as kind and generous with a beautiful smile. Her parents raised him in the tiny town of Unity in southeastern Oregon before they moved to the Seattle area when he was about 11.

"He traveled with Boeing all over the world, doing repairs on airplanes," said Thrush, 77. "He was an all-around great guy."

Thrush said her nephew told her that Eagan and his wife were eating dinner and shopping at the mall. They had made their way to Macy's when the shooter opened fire.

The couple ran, but Eagan's wife fell down as she was trying to get away. Eagan was shot as he helped her, Thrush said.

Galde, 64, was a longtime probation officer with the Snohomish County District Court who dedicated her life to helping those "who stumbled along the way in life," her colleagues said.

In a statement, the court called Galde "a devoted and esteemed public servant." She started working there in 1989.

"She was an amazingly kind and caring individual who was much adored by her friends, her co-workers and the thousands of probationers who she helped find a better way to live," the court said.

Shayla Martin, 52, of Mount Vernon, was working in the cosmetics department when the gunman opened fire, her older sister Karen Van Horn told The Daily Herald.

Van Horn, who works at the newspaper, said her family received official word Sunday that Martin was among the dead. Officials said a body with Martin's work name tag was found at the scene, Van Horn said.

Martin was an avid reader, regularly devouring two or three books a week, said Van Horn, who described her sister as classy, sweet and independent.