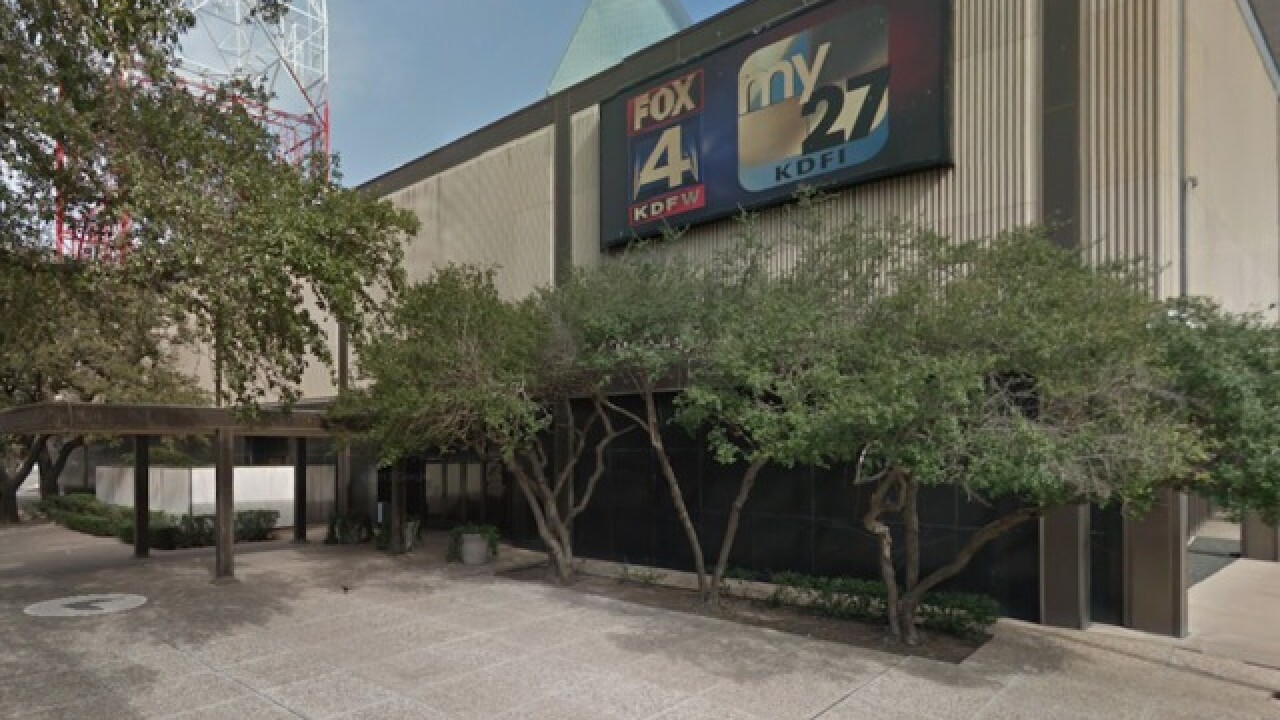 Copyright 2018 Scripps Media, Inc. All rights reserved. This material may not be published, broadcast, rewritten, or redistributed.
<p>(Google Maps)</p>

A man crashed his truck into the building housing the studios of KDFW-TV in Dallas Wednesday morning, the station reported.

The TV station, a Fox affiliate, tweeted that the man also left behind a suspicious duffel bag. The bomb squad is currently on the scene.

The man tried to flee the scene but is now in custody, the station reported.

Footage from the scene showed papers strewn about the sidewalk. KDFW reports that the man had placed the papers at the scene.

The building was evacuated, and KDFW said they are working to get their morning news program back on the air from a "secure location."

A man crashed a truck into the side of our building this morning. He jumped out and started ranting. He’s in custody now but the bomb squad is on its way. He left behind a suspicious bag. Most have been evacuated & a few are working to keep the news on air from a secure location. pic.twitter.com/X3UpLbYk85