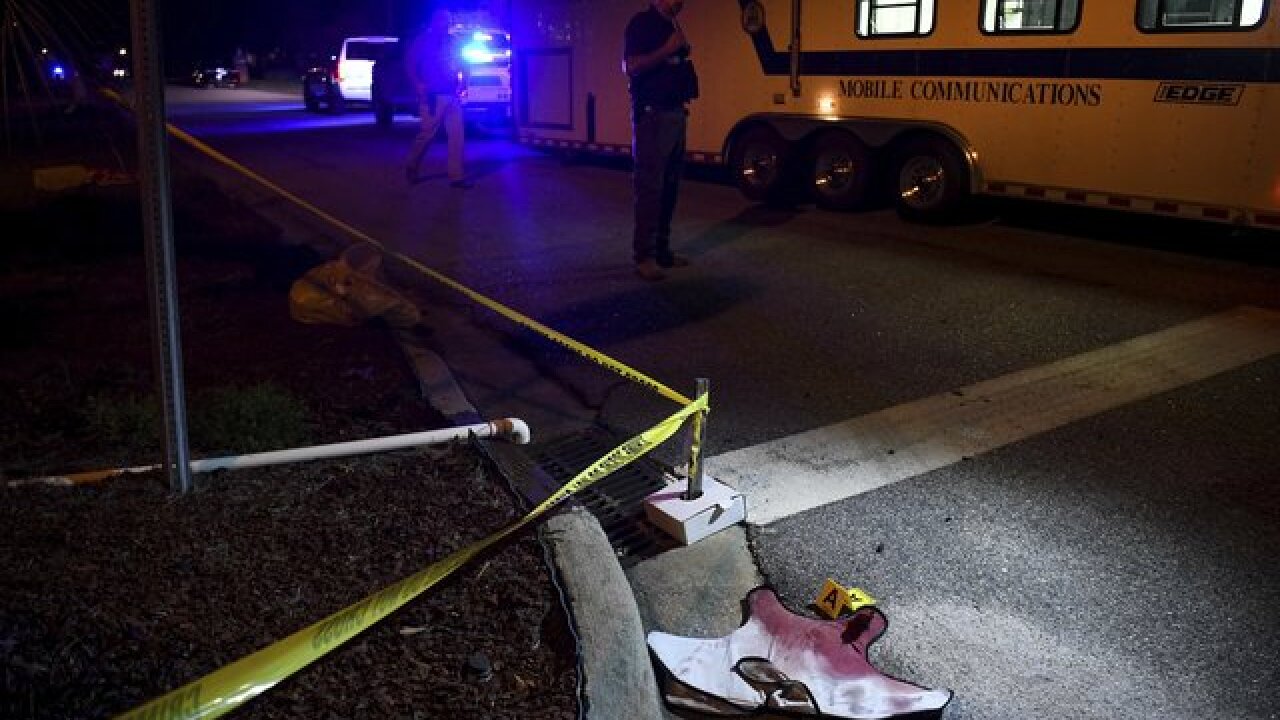 A 74-year-old man has been charged with murder in this week's ambush of law enforcement officers in Florence, South Carolina, officials said Friday.

"They got out of their car," Lott said, "and they were shot without warning."

Sgt. Terrence Carraway, a 30-year veteran of the Florence Police Department, was among those responding to the scene to provide backup. He was killed, and six other law enforcement officials were injured during the two-hour standoff.

Frederick Hopkins, who was formally charged at noon Friday, is in custody at a medical facility, Lott said. Officials anticipate he'll be released later Friday and transferred to the Alvin S. Glenn Detention center in Richland County.

Seth Hopkins has also been arrested and charged with criminal sexual conduct in the second degree, Lott said. He did not elaborate on that charge. Seth Hopkins will also be transferred to the Richland County facility.

Lott earlier had said Seth Hopkins was 27, but his office later corrected the age in a statement.

"This a very large, complex puzzle that we're filling the pieces in, piece by piece -- what, why and who," Lott told reporters in a press conference Friday afternoon.

The investigation is ongoing, he said. The FBI is helping to process the crime scene.

It's unclear whether either suspect are represented by attorneys.

A source with knowledge of the investigation told CNN before the press conference that a foster child who lived in the home was the victim of the alleged sexual assault, but authorities did not address that point at the Friday briefing.

'This was an ambush'

It's unclear whether authorities have determined why officers were fired on when they arrived at the house.

Seth Hopkins had been made aware the deputies were coming to question him, Lott said.

"These officers did absolutely nothing wrong," he said. "I don't want anybody to think their procedures were incorrect, that anything they did was improper. They did not. This was an ambush that you just can't prevent."

Frederick Hopkins was disbarred as an attorney in 1984, four years after he got his law license, according to records. He was ordered to pay $18,000 to a court in Lexington County, an amount said to be equal to the sum of "wrongfully collected attorney fees."

He was charged in 2014 with disorderly conduct, court records show. It is his only known prior arrest.

Hopkins and his wife have nine adopted children, a woman who said she was a longtime friend of the Hopkins family told The State newspaper.

Officials did not provide details about how many children were in the house at the time of the shooting, but Florence County Solicitor EL Clements III told reporters there was a hearing in family court Friday regarding emergency protective custody for the youths.

Two sheriff's deputies are in critical condition, Chief Deputy Glenn Kirby said, and the third is in stable condition.

The Richland County Sheriff's Office identified the injured officers in a press release on Friday.

The injured Florence Police Department officers were identified as officers Travis Scott, Brian Hart and Scott Williamson. Williamson is the only one still receiving treatment, according to Brandt.

Scores of gunshots can be heard in footage recorded by a witness near the shooting.

The officers ultimately had to be rescued, with an armored vehicle used as a shield.

Carraway, whom the Florence mayor described as a "great cop" and a "great person," died on his way to the hospital, city spokesman John Wukela said.

Slain officer was a 'gentle giant'

City officials lauded Carraway as a man with a steady temperament and a deep commitment to his community.

Florence police Chief Allen Heidler fought back tears Thursday as he recalled Carraway as a good friend and "the bravest police officer" he's ever known.

An autopsy was to be performed at the Medical University of South Carolina in Charleston, WBTW reported.

Carraway's pastor, the Rev. Cecil Bromell of First Baptist Church of Florence, said there would be a public viewing from 9 to 11 a.m. Monday at the Florence Center, and a memorial service at noon.