Man finally reunited with daughter after she dies 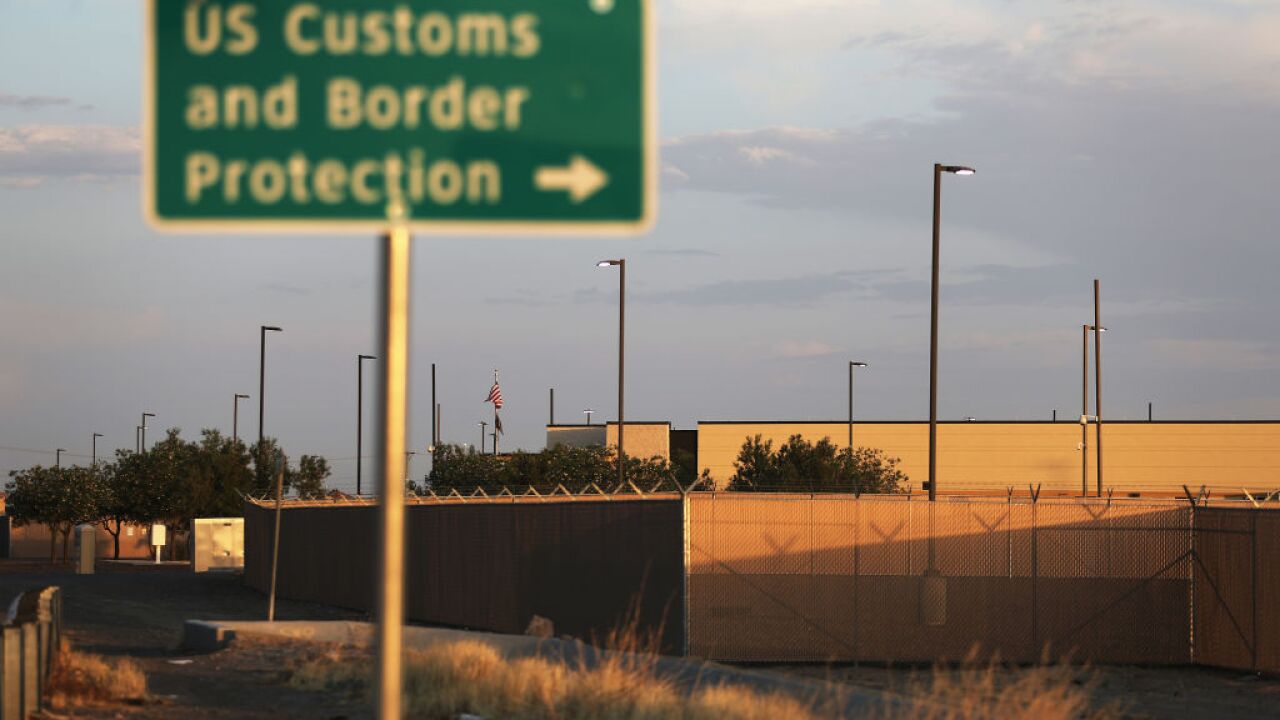 Manuel Gámez clutches the hand of his only child, her dark eyes partly open and her motionless body blanketed by intravenous lines and a breathing tube.

His 13-year-old daughter, Heydi Gámez García, lies in a raised bed in a Queens, New York, pediatric hospital room. A pair of stuffed animals sit by her side.

Gámez hadn't seen Heydi since he sent her away with a hug and kiss from their violent hometown in Honduras four years ago. He says he feared for her safety after her grandfather was gunned down by MS-13 gang members.

Since then he's tried repeatedly to join her in the US, only to be rebuffed by immigration authorities.

But this is not the reunion he and his family imagined.

Heydi, who had been despondent about being separated from her father, attempted to hang herself earlier this month in the suburban Long Island home of one of her aunts. Doctors say she is brain dead and won't recover.

Immigration officials released Gámez from a Houston detention center last week on a 14-day humanitarian parole "to tend to the matters of his daughter's passing," according to an order from US Immigration and Customs Enforcement (ICE). He is to return to Texas July 27 to face deportation.

Now the 34-year-old father and his sisters face a wrenching decision. They plan to take Heydi off life support Thursday and bury her early next week in a Long Island cemetery, nearly 2,000 miles from the town in northwest Honduras where she grew up.

"Please forgive me for failing you," Gámez says he will tell his daughter. "I'm sorry I couldn't be there... I never meant to leave you."

They sought a safer life in the US

Heydi's short life -- a story first reported by The New York Times -- is yet another reminder of the human toll of the ongoing immigration crisis at the US-Mexico border and beyond.

Gámez says Heydi's mother walked out on the family when the girl was less than two months old. They have not seen her again. He says he moved to New York as an undocumented immigrant when Heydi was about one, leaving her behind with his parents in Honduras. He worked for several years on Long Island, where his sister Jessica had settled after being granted asylum.

In 2014, he says he was forced to return to Honduras after MS-13 members, angered over his father's refusal to make extortion payments they called "war taxes," shot and killed the 59-year-old man in the street. With the health of Gámez's mother rapidly deteriorating, he said he worried about who would look after Heydi and his younger sister, Zoila.

Heydi's aunt Jessica Gámez, 32, says the girl adjusted quickly to her new life in the United States. She learned English in less than a year, did well in school and loved listening to music and visiting a local Chinese buffet.

Heydi spoke with her father almost every day, teaching him new words in English and correcting his pronunciation, he recalled, his eyes welling with tears. She spoke of one day becoming a nurse or a pediatrician or even a Hollywood actress.

"She was a normal kid -- happy and mischievous, like most children," Jessica Gámez says. "She had many dreams. She was very smart."

But she longed for her father to join her.

Three times he crossed the US-Mexico border. The first two times he was detained and sent back to Honduras. The third time was just last month.

Gámez kept promising Heydi they would soon be together.

"Heydi was always asking, 'When is papi coming?'" Jessica Gámez says. "I would tell her to be patient. We're doing all we can."

A father's struggle to rejoin his family

Gámez's quest to join his daughter in suburban New York predates the Trump administration's hardline stance on immigration enforcement, including family separations at the border and forcing some asylum seekers to remain in Mexico while their cases make their way through immigration courts.

In April 2016, Gámez was picked up by US Border Patrol agents near McAllen, Texas. He was ordered removed in September, and deported to Honduras early the following month, ICE said.

Gámez and his lawyer, Anibal Romero, said immigration authorities concluded the basis of his asylum claim was not credible. CNN has not been able to verify this with ICE.

He tried again in September 2017 but was detained near Santa Teresa, New Mexico, ICE said in a statement. Gámez was convicted of illegal re-entry in late October of that year and sent back to Honduras a second time in November, ICE said.

US Citizenship and Immigration Services, which screens most asylum applications, declined to comment on Gámez's case, citing privacy concerns.

Romero, his attorney, says Gámez is just one of many immigrants in the US who are good people and only asking for an opportunity to become legal residents.

Every failed attempt by her father to reach the US seemed to plunge Heydi into a deeper depression, her relatives say.

Gámez worried about making promises he couldn't keep, such as vowing to be by Heydi's side for her quinceañera, or 15th-birthday celebration.

"She was losing faith that I would be with her," he said.

Gámez recalls a phone call with his daughter shortly before his final border crossing. According to ICE, immigration authorities apprehended Gámez June 1 near Sarita, Texas.

"She was crying, 'Papi, you'll never make it. They always catch you,'" he says. "I promised her, 'Daughter, this is the last time I try and God will grant me the opportunity.' But I got caught again."

In recent months, Heydi's dream of a reunion with her dad began to fade.

Heydi lamented to her aunts that, unlike her classmates, she did not have a father or a mother to visit her school. In December, she tried to cut her wrist at school and was taken to a hospital for a psychiatric evaluation, Jessica Gámez says. Heydi also was seeing a therapist until about two months ago, she says.

Jessica Gámez, 32, says Heydi even talked about returning to Honduras to be with her father. The girl said her "life had no meaning" without him.

"I feel I didn't take proper care of her. Like I failed her in some way," says Jessica Gámez, who lived with Heydi at her home in Bay Shore, New York, about an hour and a half east of New York City.

"I was suppose to be protecting her," she says. "I would never send her to Honduras. But I never thought something bad would happen to her here."

One night in early July, Heydi broke down in tears to Zoila and said she no longer believed the stories about being reunited with her father. She talked about becoming a lawyer to help him win his freedom.

Heydi then said she wanted to be alone. Two hours later, Zoila Gámez discovered her niece had gone into a closet and tried to take her own life. She did not leave a note, relatives say.

"Heydi arrived in a neurologically devastated state and there was no hope for recovery," Dr. Charles Schleien, a senior vice president at the hospital, said in a statement.

"We've worked with this family and supported them through their anguish with our multidisciplinary team. In the end, they chose to turn tragedy into the gift of life. Heydi is an organ donor and her final act will be to save others."

Wearing a GPS-monitoring ankle bracelet, Gámez has been holding a bedside vigil with his siblings at the hospital. Sometimes he and his sister Jessica take Heydi's hands in theirs and weep.

"We love you," Manuel Gámez whispers to his mute daughter. "Don't leave us."

Outside the hospital, Jessica Gámez struggles with her own grief.

"I tried to give Heydi all she needed," she says. "But her only dream was to be with her father."