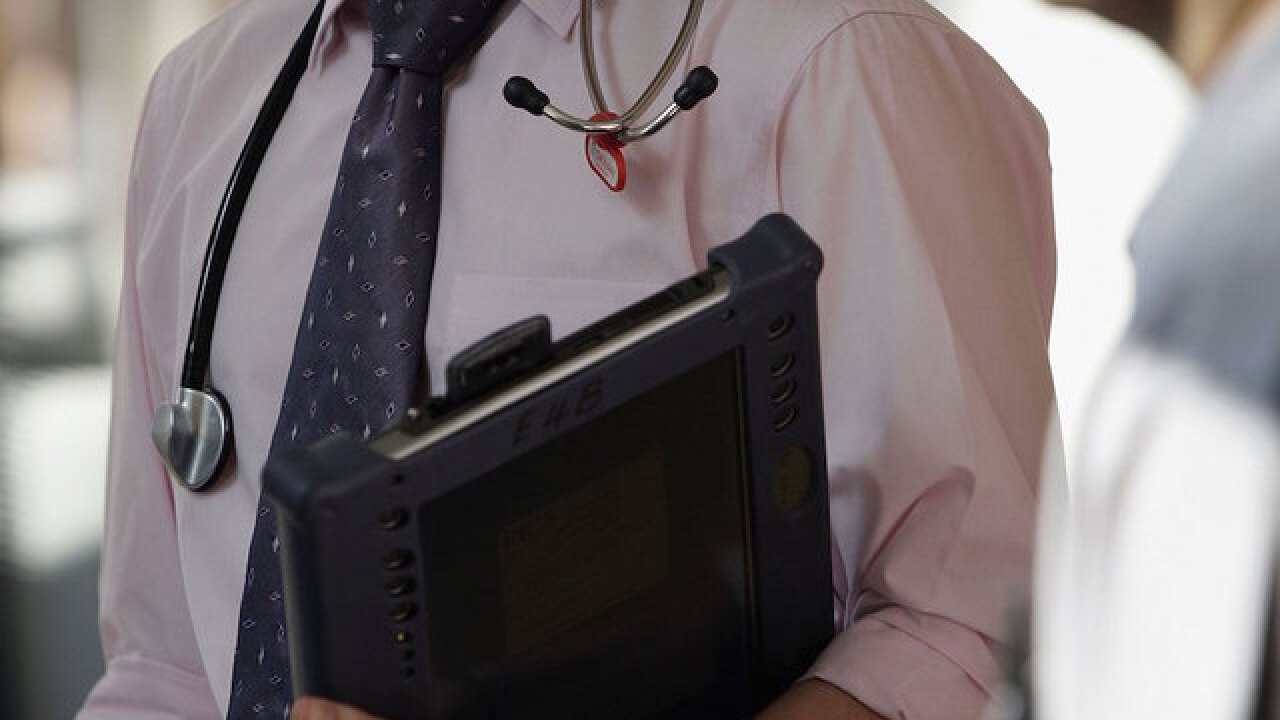 Copyright Getty Images
Christopher Furlong
<p>BIRMINGHAM, UNITED KINGDOM - JUNE 14: A doctor at The Queen Elizabeth Hospital Birmingham does his rounds on the wards on June 14, 2006 in Birmingham, England. Senior managers of the NHS have said that the organisation needs to become more open in the future. (Photo by Christopher Furlong/Getty Images)</p>

PITTSBURGH (AP) — Police say a Pittsburgh man driving a stolen car ditched the vehicle and jumped into a river to escape from authorities. Police say after being captured, he fled naked from a hospital and hid inside a dumpster.

Police first chased 30-year-old James Edward Williams when a detective saw him driving a stolen car Wednesday morning. Police say Williams abandoned the car and ran through a recycling yard, where he pushed a steel shelving unit onto an officer. They say he later tried to swim away in the Ohio River.

His foot got tangled in a barge's rope and he was taken to Allegheny General Hospital. Later Wednesday, he ran naked from the hospital and was found hiding in a garbage container.