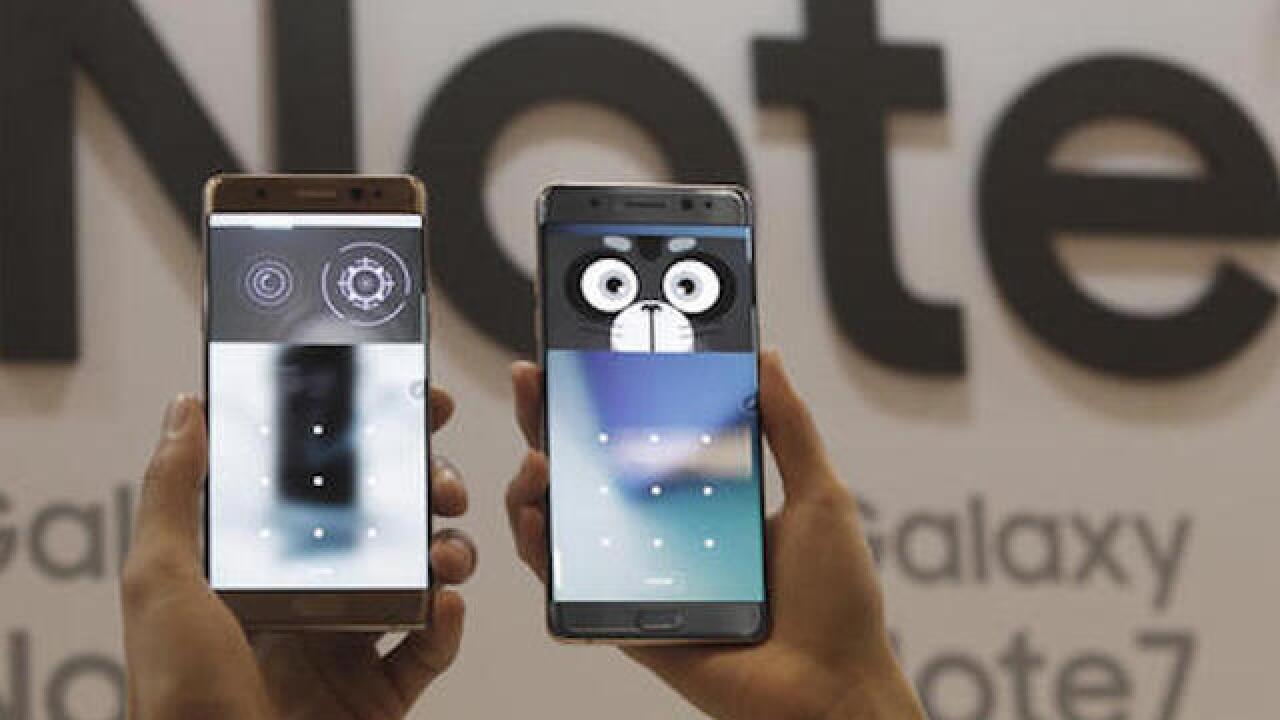 Copyright Associated Press
Ahn Young-joon
<p>Models display the iris scanner features of the Samsung Electronics Co's Galaxy Note 7 smartphones during its launch event at the company's headquarter in Seoul, South Korea, Thursday, Aug. 11, 2016. The Galaxy Note 7 smartphone is drawing attention worldwide with its iris-scanning feature that allows a user to unlock the smartphone in the blink of an eye, according to Yonhap news agency. (AP Photo/Ahn Young-joon)</p>

A Florida man claims that his cell phone is to blame after his Jeep Grand Cherokee exploded into a fireball on Monday.

Nathan Dornarcher told WVTV that he was charging his Samsung Note 7 in the center console his Jeep on Monday while unloading a desk from the trunk. He said he was about to take his daughter and dog back to the car to run more errands, but when he return to his driveway his car was engulfed in flames.

Firefighters were able to put out the fire before anyone got hurt.

The fire in Dornacher’s car came just days after Samsung announced a massive recall of all Note 7 phones, after it discovered that some phone batteries were overheating and exploding. Dornacher said he was unaware of the recall.

"We are aware of the incident and we are working with Mr. Dornacher to investigate his case and ensure we do everything we can for him. Consumer safety is Samsung's highest priority. With regard to the Galaxy Note7, we are asking owners to take advantage of the Product Exchange Program announced on Friday of last week. The program offers Note7 owners the opportunity to exchange the phone for a new one. More details on the program can be found at http://www.samsung.com/us/note7exchange/."