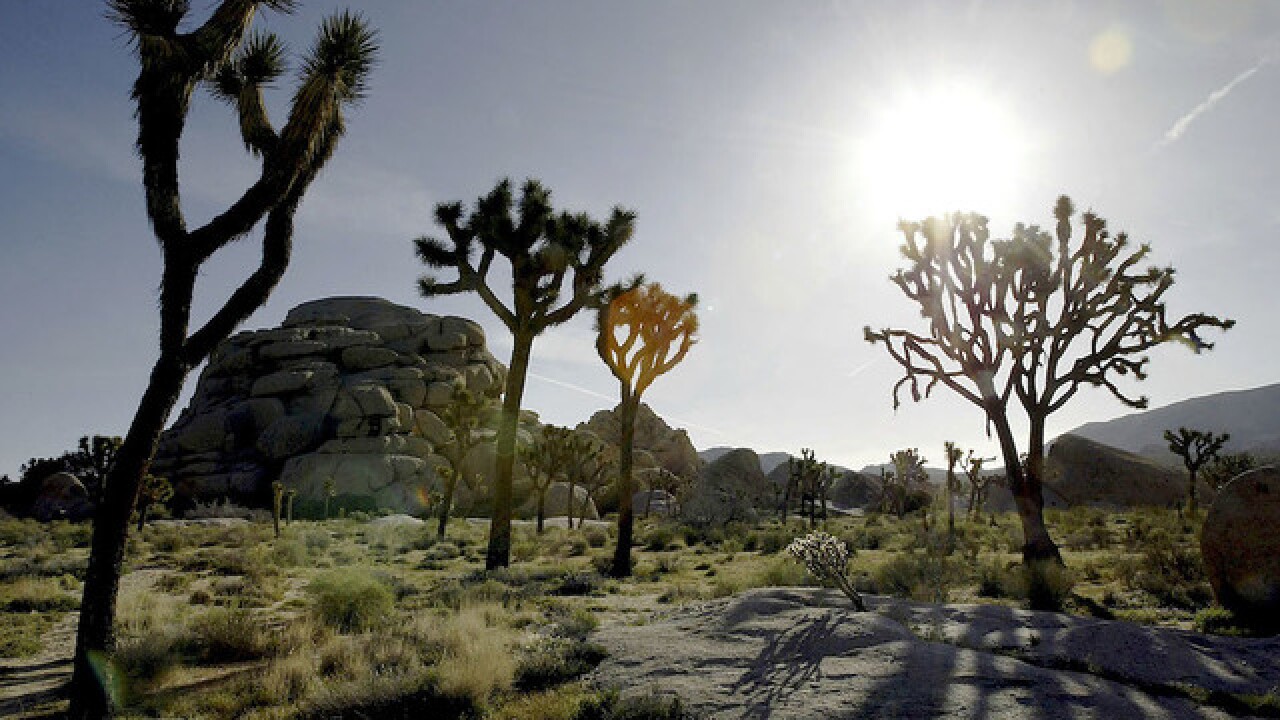 A California man was sentenced to five years in prison Monday for illegally starting a fire that burned nearly 10,000 square feet of historic trees and other vegetation in the Joshua Tree National Park.

George William Graham, 26, also was ordered to pay $21,019 in restitution to the National Park Service, according to a news release from the U.S. Attorney's Office for the Central District of California.

Graham pleaded guilty in June to a felony charge of unlawfully setting a fire. His prison sentence is the maximum term for that offense.

Graham, who is from Twentynine Palms, California, admitted in the plea agreement that he started the March 26 fire by igniting a palm frond with a handheld lighter. The blaze grew to about 9,989 square feet and destroyed seven California fan palms and other grasses, bushes and vegetation, the U.S. Attorney's Office's news release said.

National Park Service law enforcement rangers arrested Graham at the scene after he was observed watching the fire, the news release said. He was on parole at the time for one of two prior arson convictions, for which he had received four year sentences.

The blaze largely affected the park's Oasis of Mara, a historical landmark. The site was settled by the Native American Serrano tribe, whose members planted 29 palm trees at the oasis, according to the National Park Service.