Martin Shkreli auctioning the opportunity to punch him 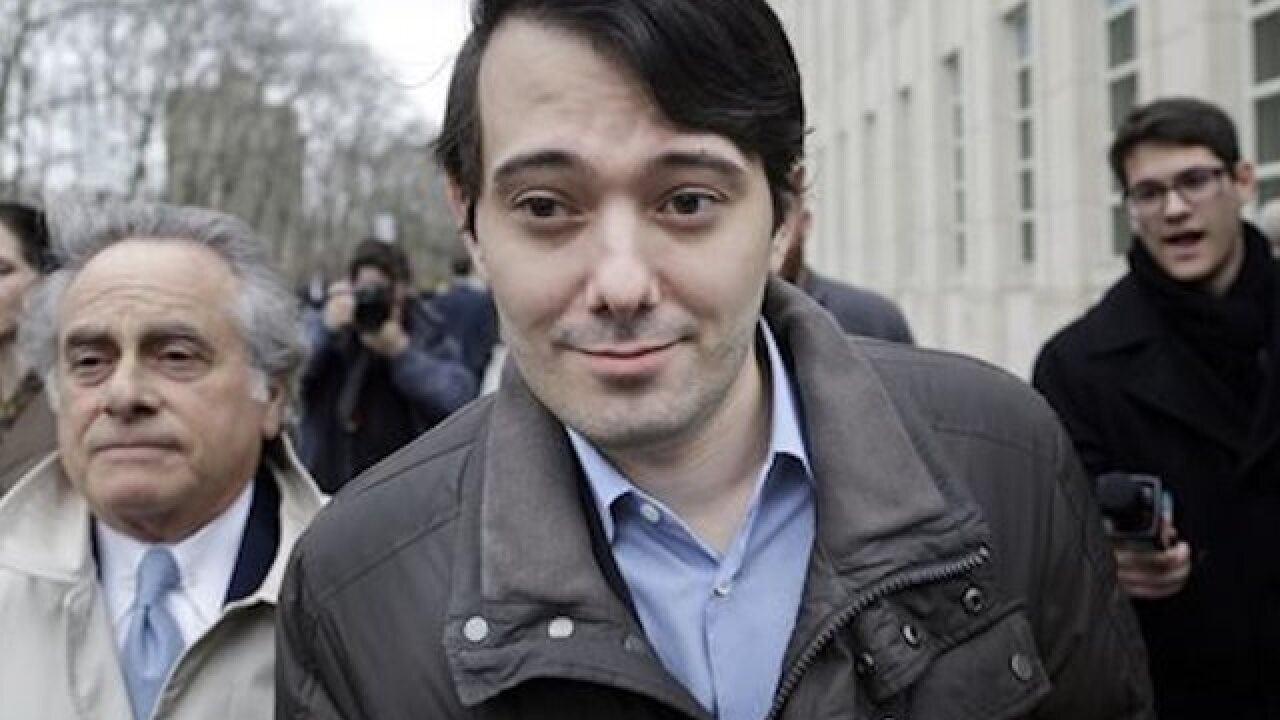 Copyright Associated Press
Seth Wenig
<p>Former Turing Pharmaceuticals CEO Martin Shkreli, center, leaves court with his lawyer Benjamin Brafman, left, Wednesday, Feb. 3, 2016, in New York. Shkreli, who has become the poster child of pharmaceutical-industry greed after hiking the price of an anti-infection drug by more than 5,000 percent, is scheduled to appear at a congressional hearing on Thursday. (AP Photo/Seth Wenig)</p>

Famed “Pharma Bro” Martin Shkreli is auctioning the opportunity to punch or slap him in the face to benefit his friend who passed away and left behind a child, Shkreli said on his Twitter account.

Shkreli claimed that the highest bidder was $78,000, but also said that he is looking for a bidding agency to authorize bids. Shkreli originally had posted the auction on eBay, but the company removed the listing.

Martin Shkreli is best known for increasing the price of Daraprim, a medicine used to treat malaria, from $13.50 a tablet to $750 in 2015. Later in 2015, Shkreli resigned as CEO of Turing Pharmaceuticals after the FBI charged him with securities fraud.

Shkreli was widely criticized by politicians, celebrities and the general public for raising the price of a medicine that had previous been widely available in the United States. He also set a precedent for increasing the cost of prescription drugs. In 2016, Shkreli defended the price hike of EpiPen.