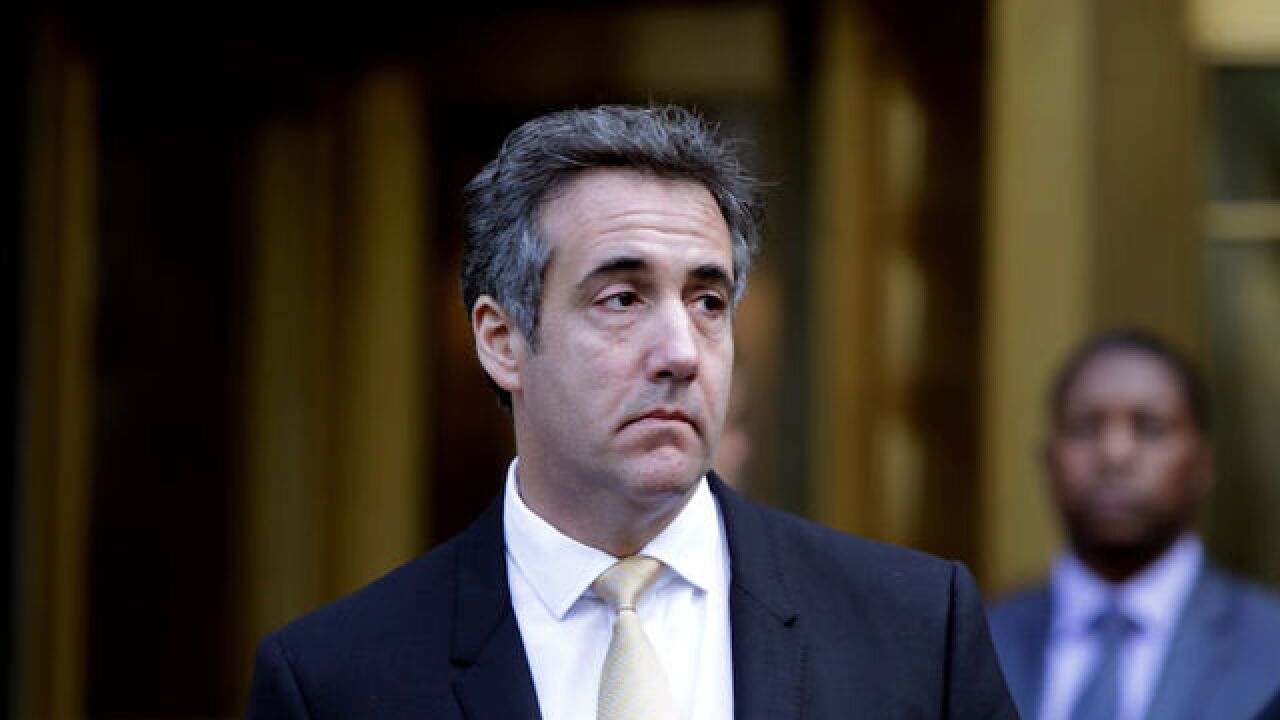 And now, as Cohen waits for his sentencing hearing set for December, a source familiar with his thinking says "resignation" would be a fitting word to describe the 52-year-old's mindset -- acceptance that he is headed to prison in order to protect his family.

"He's very resigned to doing the time. He's resigned to the fact that he's going to go to jail for some time," the person said, adding that Cohen does not believe he will receive a presidential pardon from Trump.

Cohen's dramatic downfall -- in which he pleaded guilty to eight counts of tax evasion, making false statements to a bank and campaign finance violations in the criminal investigation in New York -- represented a staggering public acknowledgment of what some individuals close to Cohen say they've privately known for a while: It had become clear that he simply could not keep fighting.

One friend of Cohen's told CNN that over the course of the past few months, they saw Cohen's outlook on his legal troubles shift.

Another friend who is in close touch with Cohen said Cohen ultimately determined that he simply had no choice but to plead guilty, and he became almost singularly focused on protecting his wife and the well-being of his family. Prosecutors in New York threatened Trump's ex-lawyer with numerous more counts that could have also implicated his wife, and also raised the possibility of his assets being seized, according to a separate source familiar with the events leading up to Cohen's indictment.

"I don't think it was such a great deal, but he had to take it because there could have been liability on the part of his wife," that friend said.

Fighting the criminal charges would have also meant huge legal bills in addition to the hefty bills he had already accrued -- potentially upwards of millions of dollars. That bleak financial reality also weighed heavily on Cohen, the friend added: "At the end of the day, he did what was best for his family."

Cohen did not respond to a request for comment for this story.

Trump initially came to Cohen's defense when the FBI raided Cohen's hotel room, home and office in April. "I just heard that they broke into the office of one of my personal attorneys. Good man. And it's a disgraceful situation. It's a total witch hunt," he said.

But Trump's tone soon shifted, as he minimized his longtime employee's work for him over the years and even predicted Cohen would never "flip." Eventually, Cohen was led to believe that he had been "left on his own."

Cohen's somber appearance at the federal courthouse in lower Manhattan last week marked a stark contrast from his and his lawyers' defiant public statements earlier in the year. When news of hush agreements with women to protect Trump from damaging stories about alleged affairs first surfaced, Cohen insisted that he was acting on his own -- a clear sign that he was set on protecting Trump -- and that he was never reimbursed by the Trump campaign or the Trump Organization.

But investigators confirmed that the Trump Organization had, in fact, paid Cohen back. And Cohen even went a step further, explicitly implicating his former boss.

He said that it was "in coordination and at the direction of a candidate for federal office" that he worked to keep information that could have harmed the candidate from becoming public during the 2016 campaign.

Cohen's sentencing hearing is not scheduled until December. As he waits for that day, friends say Cohen wants to go about his daily routine as much as possible, including by visiting his usual haunts in Manhattan.

Last Thursday, two days after his indictment, Cohen was spotted by reporters visiting the Four Seasons Hotel in midtown. And as he exited his apartment on Friday to a scrum of reporters and photographers waiting outside, one photographer asked him: "Are you a hero? Do you think you are a hero now?"

"I'll leave that up to you," Cohen responded, before taking a selfie with a passerby.

"He's not going into hiding. He's not avoiding anything. It's business as usual. ... In New York, everything's in the public eye," the first Cohen friend said. "He wants to believe he's past this and turning a corner."

The second Cohen friend said he was still adjusting to his "bizarre" new life in the spotlight. "He's already been living a bizarre life with reporters downstairs at his apartment every day and people following him in the streets," they said. His primary focus, they added, is to "see this through and minimize his damages."

Part of turning the corner has meant shedding some of the titles that Cohen had worn proudly until recently -- including "Trump's fixer" and "Trump's personal attorney" -- nicknames from a past life in which Cohen famously claimed he would gladly take a bullet for Trump.

"You know who Michael took a bullet for? His family," the first friend said.