Voting begins for president in Philippines 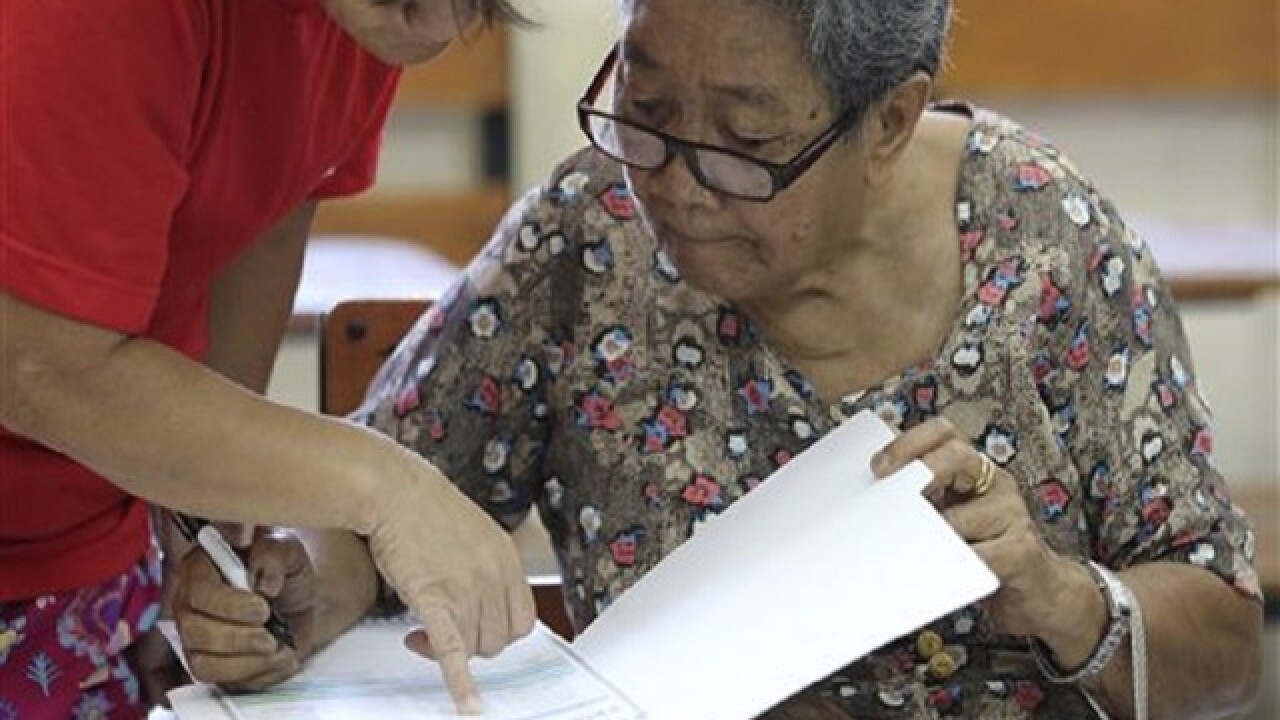 Aaron Favila
<p>Eighty-year-old Filipino Dioleta Esteban, right, is assisted as she votes at a polling center in suburban San Juan, east of Manila, Philippines on Monday May 9, 2016. Millions of Filipinos trooped to elections centers Monday to pick a new president, vice president and thousands of other officials amid tight security across the country. (AP Photo/Aaron Favila)</p>

By: Associated Press
Posted at 8:42 PM, May 08, 2016
MANILA, Philippines (AP) — Philippine officials say voting for president, vice president and thousands of other posts has begun amid tight security across the country.
Five candidates are vying to succeed President Benigno Aquino III in Monday's elections in one of Asia's liveliest democracies. A tough-talking city mayor, Rodrigo Duterte, has led in voter-preference surveys ahead of the polls.
More than 45,000 other candidates are contesting 18,000 national, congressional and local positions in elections that have traditionally been tainted by violence and accusations of cheating, specially in far-flung rural areas.
Aquino, whose six-year term ends in June, urged Filipinos to show the world they can hold peaceful and orderly elections despite political differences.
Associated Press 2016