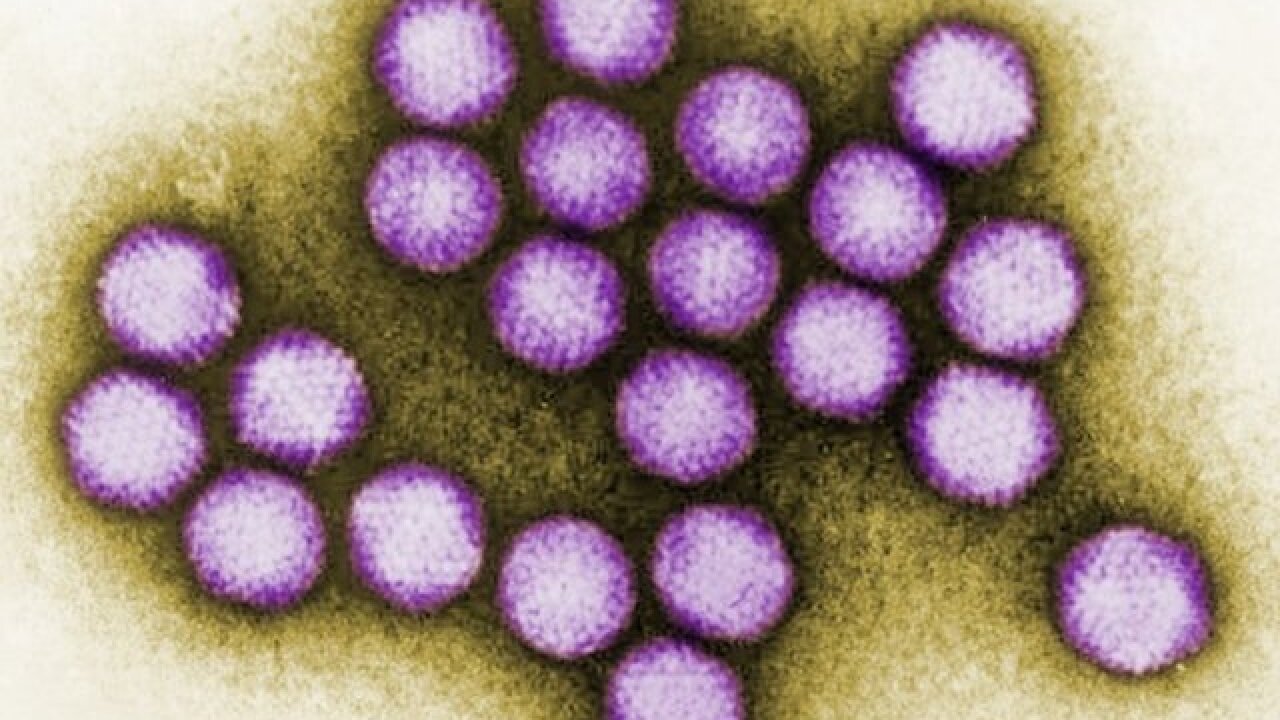 After her 15-year-old son ended up "in critical and life-threatening condition" from an adenovirus outbreak at a New Jersey health care facility, one mother is suing those who she believes allowed her son to end up in the ICU, according to a lawsuit filed Wednesday.

Paula Costigan's son, William DelGrosso, was one of dozens of medically fragile children who were infected with the virus beginning in late September at the Wanaque Center for Nursing and Rehabilitation in Haskell, New Jersey.

As of Friday, 31 residents have been affected by the outbreak, including 10 deaths, according to the state health department. DelGrosso remains hospitalized.

According to the lawsuit, DelGrosso came down with a fever on October 11 and was transferred to the intensive care unit at Hackensack University Medical Center on October 18 with "serious respiratory complications." He is still there now, according to the family's lawyer, Paul da Costa.

"As a mother, it's hard enough to not have your child under your own roof and have to trust and rely on a facility to care for your child," da Costa said, adding that Costigan "feels as if the facility was trying to hide the fact there was this serious virus spreading like wildfire."

The Wanaque Center declined a request for comment on the lawsuit.

Costigan doesn't know where her son will go when he's stable enough to be discharged from intensive care, da Costa said.

DelGrosso, who has a seizure disorder, has required a ventilator to breathe since he was about 10 years old, when he went into cardiac arrest after a major seizure, da Costa said.

Costigan doesn't want her son to go back to the Wanaque facility, but she's been told that the other centers in the state that accept Medicaid and are equipped to take care of a ventilator-dependent child like her son may have up to a one-year wait list, according to da Costa.

The lawsuit alleges that the facility neglected to provide the care DelGrosso needed when it came to preventing such an infection from spreading.

"At the time of the initial case of adenovirus," the lawsuit alleges, the facility "did not have proper infection prevention and control programs, protocols, or procedures in place to remedy the infection and prevent it from spreading throughout its pediatric residents."

The lawsuit also alleges that the facility didn't send patients to acute care hospitals in a timely manner or notify parents earlier, around the time when it first contacted the state health department about the outbreak, on October 9.

Costigan told da Costa that "she was never informed that her son had high fevers several days before they ultimately told her that he needed to be transferred immediately to an acute care hospital" on October 18, he said. And she wasn't notified about the adenovirus outbreak until a form letter arrived in the mail four days later, he added.

In statements last month, the Wanaque facility said that it's working alongside health experts to investigate the outbreak and that it "promptly notified all appropriate government agencies when the virus was initially identified." The facility did not respond to earlier requests for further comment.

Da Costa says the lawsuit isn't just about Costigan's son; it's about "kids like William who have the inability to speak for themselves and to care for themselves."

The lawsuit references health inspections dating back several years, including an unannounced inspection on October 21 that found deficient hand hygiene practices among staff. This inspection was conducted after health officials had been alerted by the facility but before the health department publicly announced any deaths.

The facility has received and corrected other deficiencies in the past, including improperly stored syringes, which were used to measure liquid medication, and over-bed tables and medication trays that were not properly cleaned and disinfected.

In a review by the federal Centers for Medicare and Medicaid Services, the Wanaque Center was awarded an above-average ranking in overall quality but a below-average health inspection rating. The rating is based on two years of inspections before November 2017. The Wanaque facility's deficiencies have consistently been lower in number than the US average.

"It is rare that in any inspection a facility would come out with no citations," Elnahal said. "If it's a number of citations, all of which are low-level, we ask for a plan of correction. We make sure the facility follows through -- and that's what this facility did here.

"If the findings are severe enough to take further action, we will," he added.

The infections and deaths come amid questions -- from former Wanaque Center employees, the mother of one of the children who died, and Elnahal himself -- about whether current facility standards are high enough and whether more could have been done to prevent this from happening.

Elnahal previously said in a statement that the findings of the most recent health inspection at the Wanaque facility "raise questions about whether these general longterm care standards are optimal for this vulnerable population of medically fragile children."

"We also need to think about whether there is more we can do as healthcare leaders to protect immunocompromised children, such as those served at Wanaque Center," he said.

"Every year in the state, there are hundreds of outbreaks at healthcare facilities."

'We are taking aggressive steps'

Adenoviruses are often spread by touching a contaminated person or surface, or through the air by coughing or sneezing. They are known to persist on unclean surfaces and medical instruments for long periods of time, and they may not be eliminated by common disinfectants, but they rarely cause severe illness in healthy people.

However, people with weakened immune systems have a higher risk for severe disease, and they may remain contagious long after they recover, according to the US Centers for Disease Control and Prevention.

Symptoms may appear two to 14 days after being exposed to the virus.

The outbreak in the Wanaque facility was caused by adenovirus type 7. This type is "most commonly associated with acute respiratory disease," according to the CDC. Other types of adenovirus infections can cause flu-like symptoms, pinkeye and diarrhea.

Health officials say they are stepping up efforts to strengthen infection control at such facilities in the state. The health department announced plans last week to deploy a team of infection control experts to visit University Hospital and four pediatric long-term care facilities this month, including the Wanaque and Voorhees facilities, where experts will train staff and evaluate how these facilities prevent and control infections.

"Facility outbreaks are not always preventable, but in response to what we have seen in Wanaque, we are taking aggressive steps to minimize the chance they occur among the most vulnerable patients in New Jersey," Elnahal said in a statement last week.

The facility has been "instructed not to admit any new patients until the outbreak ends and they are in full compliance," according to the state health department. State health officials have said the outbreak can be declared over only when four weeks pass without an additional case.

"It can be difficult to impossible to know how the virus got to the facility, what its source was, or what its specific mechanism of spread is from person to person," Elnahal said.