Muslim families weren't allowed to board NYC ferry after being labeled a 'security issue,' complaint says 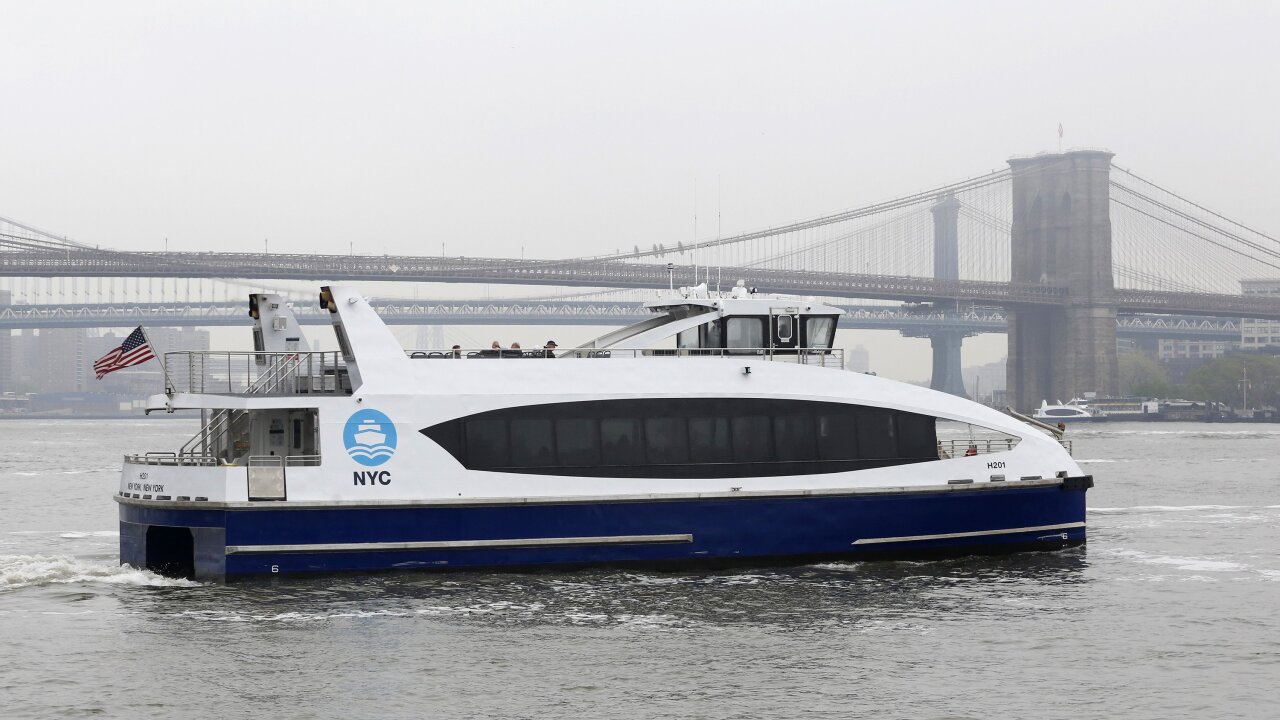 Three Muslim families were not allowed to board a New York City ferry after they were told they posed a "security issue," according to a discrimination complaint filed with the New York City Commission on Human Rights this week.

The complaint was filed by the Council on American-Islamic Relations (CAIR) on behalf of the families, which included eight children, against HNY Ferry, LLC; New York City Economic Development Corporation; the City of New York; and two employees referred to as John Doe 1 and Jane Doe 1.

The suit seeks disciplinary actions, a formal apology and compensatory damages for "humiliation, embarrassment, and severe emotional distress," claiming that not being allowed to board was based on discrimination and that the security concerns were an "after-the-fact false excuse."

A day out and a change of plans

September 21 was meant to be a day for three women and their children, ages two months to 14 years old, to enjoy before one of the families went to Pakistan for an extended period of time, the complaint said. Two of the women wore hijabs, according to the complaint.

The plan was to visit Governor's Island, but after taking the first ferry from their Brooklyn home to Wall Street they realized that it was getting late and changed their plans to go to Brooklyn's Pier 6 instead, the complaint said. Instead of navigating the line with young children and a double stroller, the women got permission to wait to the side and board last.

When their turn came, two ferry employees allegedly told them he had been informed by security not to let them on, the complaint said. But when he and another employee escorted the families to security, the officer "was confused and did not know why Jane and John Doe 1 were blaming security," according to the complaint.

The families said the ferry left without them.

As they were discussing the situation, another employee of HNY Ferry allegedly raised her voice, telling the families that they weren't allowed on the ferry to Pier 6 because the children were standing on the seats on their last ferry ride. But when they returned to their starting destination, a crew member they had spoken to early in the day said she did not remember the children behaving inappropriately, the complaint said.

The families stated they "believe this was an after-the-fact false excuse in an attempt to explain away Respondents' discriminatory conduct and denial of services."

CNN has reached out to HNY Ferry for comment, but has not heard back.

The ferry is operated by a company called Hornblower, which could not be reached for comment.

Both the NYCEDC and the mayor's office said the city would investigate the incident.

"Discrimination has no place in our city. The City will investigate these allegations, and if they are proven true, take swift and appropriate action to hold those responsible accountable," a spokesperson for NYCEDC said.

"Discrimination anywhere is an insult to ALL New Yorkers. My team is looking into this. Bigotry has no place in this city. We will confront it and hold those involved accountable," Mayor Bill de Blasio tweeted.

Struggling to explain to their children

The women and their children were "embarrassed and humiliated," the complaint said, adding that passengers were watching them as they were barred from boarding.

Many of the children were crying and confused about why they weren't allowed on the ferry. The parents have struggled to explain to them why they were treated that way, the complaint said.

"If we look at the totality of the circumstances, the employees went from labeling and telling these families that they were a security issue to telling them the children were standing on the seats in a previous ferry ride." The narrative has changed "to excuse the discriminatory conduct," said Ahmed Mohamed, an attorney for the Council on American-Islamic Relations.

After waiting for two hours, the families say they were allowed to board the ferry, but canceled their plans and went back home to Brooklyn.

After filing a complaint to NYC Ferry, the families say that NYC Ferry called the incident a "misunderstanding," and offered to reimburse their fare.