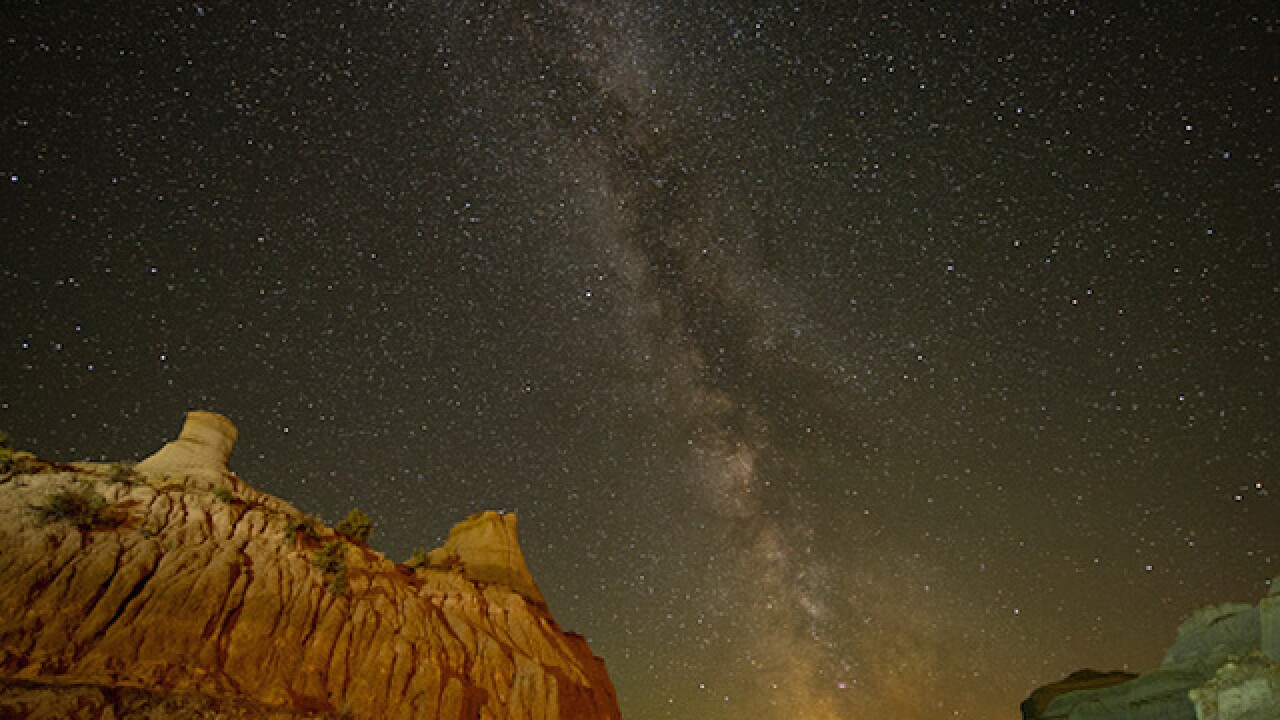 Image copyright 2012 Getty Images. All rights reserved. This material may not be published, broadcast, rewritten, or redistributed.
Christopher Morris
<p>The Milky Way galaxy appears in the dark night sky over hoodoos in the Alberta Badlands at Dinosaur Provincial Park. (Photo by Christopher Morris/Corbis via Getty Images)</p>

NASA’s Kepler mission is doing what it was designed to: Find planets. NASA announced Tuesday that Kepler has confirmed the existence of 1,284 planets, the single largest finding of extraterrestrial planets to date.

In July 2015, Kepler’s telescope identified 4,302 possible planets. To be considered a planet, NASA has set a 99 percent probability threshold to determine if a possible planet as an actual planet.

Of the 4,302 possible planets, NASA has confirmed that 1,284 planets meet the criteria to be considered a planet. NASA said another 1,327 candidates are most likely actual planets, but do not meet NASA’s 99-percent threshold.

NASA officials said that the Kepler mission, which began in 2009, has more than doubled the number of known planets in the universe.

"Before the Kepler space telescope launched, we did not know whether exoplanets were rare or common in the galaxy. Thanks to Kepler and the research community, we now know there could be more planets than stars,” said Paul Hertz, Astrophysics Division director at NASA. "This knowledge informs the future missions that are needed to take us ever-closer to finding out whether we are alone in the universe."

Kepler uses decreases in light when a planet passes past a star to help discover planets. By using this method, Kepler is able to determine instantaneously the probability of whether a particular star has a planet.

Kepler is used to survey a small portion of the Milky Way galaxy to help narrow down the number of Earth-like, habitable planets. Earth and our solar system is in one of the spiral arms of the Milky Way.