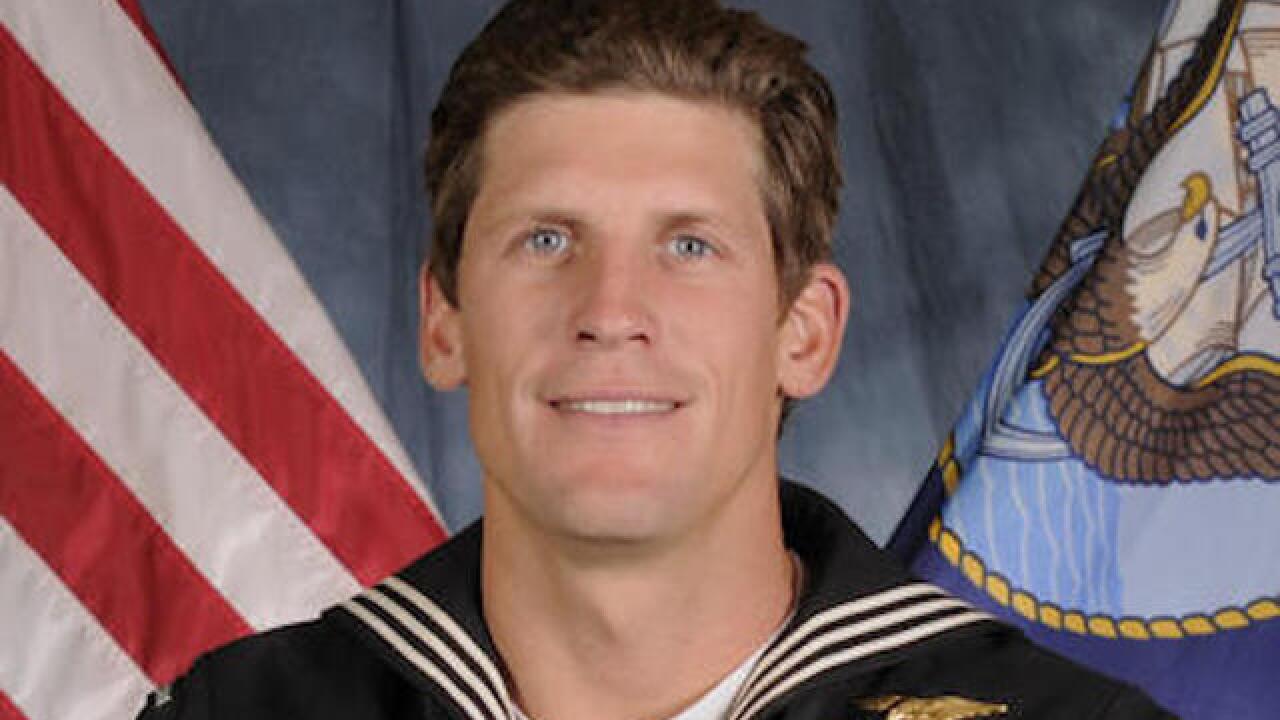 WASHINGTON (AP) — A Navy SEAL killed during a firefight in Iraq was part of a quick reaction force that moved in to rescue U.S. military advisers from an Islamic State attack, the Pentagon said Wednesday. The attack triggered a massive coalition air response that destroyed equipment, buildings and killed up to 60 militants.

Navy Petty Officer 1st Class Charles Keating was shot and killed when he and other special operations forces went to the rescue of the U.S. forces that got caught in a gun battle involving more than 100 Islamic State fighters, Army Col. Steve Warren said.

The small team of American advisers went to Teleskof, about 14 miles north of Mosul, to meet with Kurdish peshmerga forces. Warren said that Islamic State fighters launched a large, complex attack on the peshmerga there around 7:30 a.m., with armored Humvees and bulldozers, and broke through the front lines.

It was, he said, one of the largest attacks that the Islamic State group has launched in recent months, and it came in the wake of several recent defeats of the militants in the region.

Warren, a U.S. military spokesman in Iraq, told Pentagon reporters that the U.S. advisers were less than two miles behind the front lines, and called for help just before 8 a.m. The quick reaction force went in to get the American forces out.

Warren said Keating was hit at about 9:30 a.m. and was evacuated for medical treatment, but "his wound was not survivable."

He said Keating was taken to a medical facility in Irbil and that both of the Black Hawk medical evacuation helicopters were hit by small arms fire.

According to Warren, even as the U.S. advisers were being rescued from the fight, a barrage of coalition aircraft — including F-15 and F-16 fighter jets, B-52 bombers, A-10 close air support aircraft and drones — responded and launched airstrikes on more than 30 locations, destroying truck bombs, vehicles and bulldozers and killing close to 60 enemy fighters. He said the peshmerga have regained control of the town.

Warren declined to release details about the quick reaction force, other than to note that often such teams are set up and put on standby when U.S. forces go out on missions in dangerous areas. The team of commandos is usually stationed relatively close by so that it can respond quickly if needed.

Keating, 31, is the third U.S. service member to be killed in combat in Iraq since U.S. forces returned there in mid-2014 to help the Iraqi government regain the wide swaths of territory captured by the Islamic State.

His death came as Defense Secretary Ash Carter was meeting in Germany with defense leaders from 11 coalition countries, and agreed to accelerate the fight against the Islamic State group.

In a joint statement issued after the meeting in Stuttgart, the group reaffirmed its support "to further accelerate and reinforce the success of our partners on the ground and for the deployment of additional enabling capabilities in the near term."

"We called on all of Iraq's political leaders to commit themselves to the legal and peaceful reconciliation of political differences in order to confront the nation's challenges and to remain united against the common enemy," they said.

Carter said he regretted Keating's death but stressed that combat risks in Iraq are unavoidable.

"Our overall approach is to enable local forces to do the fighting ... but that doesn't mean we aren't going to do any fighting at all," Carter said. "We are putting these people are risk every day," including the aircrews who are flying strike missions daily over Iraq and Syria, "and, tragically, losses will occur," he added.

He added that as the war intensifies, "these risks will continue."

There were few specifics from the meeting about what additional contributions would be offered for the fight, beyond citing resources to support the Iraqi military campaign and "various forms" of help to a civilian effort to stabilize and reconstruct areas of Anbar province devastated by war damage.

The meeting was a follow-up to a similar session Carter led in Brussels in mid-February.

The peshmerga are Kurdish militia whom have generally fought more effectively against the Islamic State in northern Iraq than the regular Iraqi security forces. The U.S. has been training, equipping and advising pershmerga forces as well as Iraqi security forces, and the Pentagon recently pledged up to $415 million in aid to the Kurds.