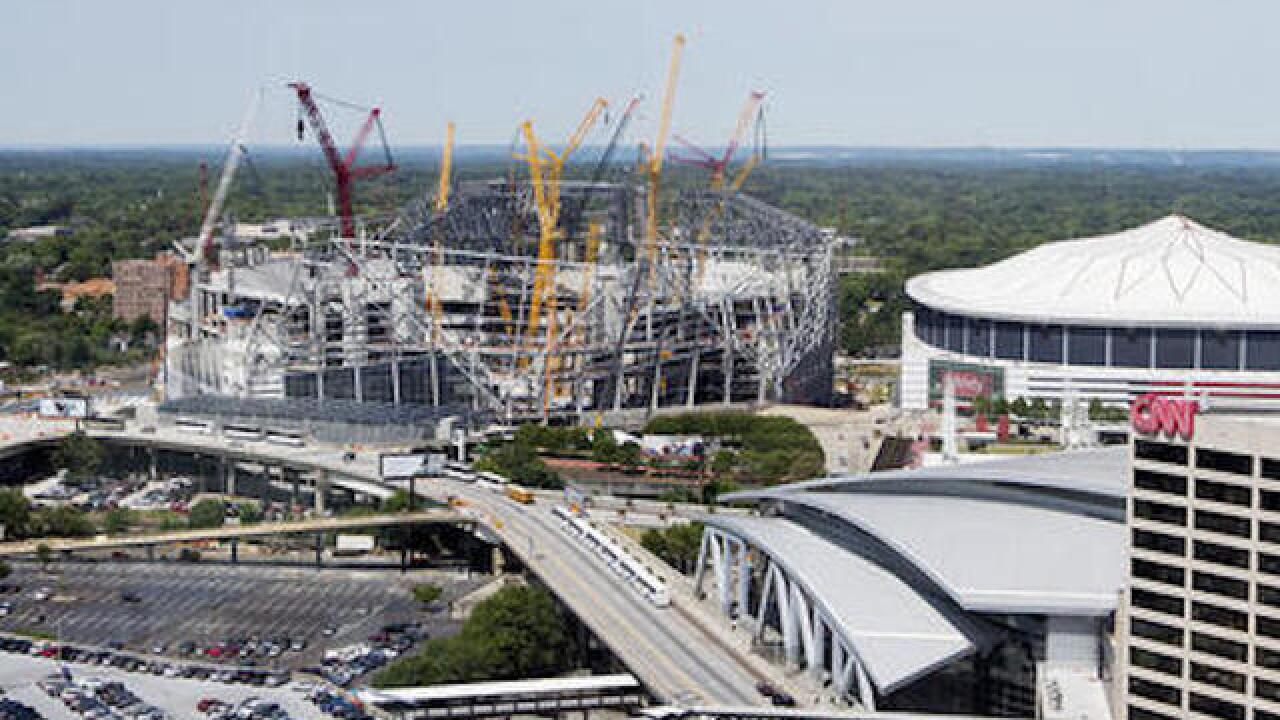 David Goldman
<p>Mercedes-Benz Stadium, the future home of the Atlanta Falcons football team stands under construction, at left, next to the team's current stadium, the Georgia Dome, Monday, May 16, 2016, in Atlanta. Falcons owner Arthur Blank says the new stadium is on schedule to open in June, 2017 as scheduled and he's hoping it will be announced next week as the site of a Super Bowl. The Falcons also unveiled their new food and beverage plan which includes $2 hot dogs and soft drinks, a sharp decrease from current prices at the Georgia Dome. (AP Photo/David Goldman)</p>

CHARLOTTE, N.C. (AP) — The NFL awarded Super Bowls to Atlanta, Miami and Los Angeles, three cities that made significant financial investments in new stadiums or recently upgraded an existing one.

Atlanta will host its third Super Bowl, but the first at its new $1.4 billion stadium which opens in 2017. The previous two were at the Georgia Dome.

Miami will have its record-setting 11th Super Bowl following a $450 million stadium renovation.

Los Angeles, which gets the relocated Rams this season, has not hosted a Super Bowl in the area since 1993 in the Rose Bowl in Pasadena. The game will be played at the new $2.6 billion stadium in Inglewood, California, which opens in 2019.

Tampa Bay and New Orleans were also in the running to host a Super Bowl.

The selection of Atlanta, Miami and Los Angeles maintains the recent cycle of the league's owners rewarding cities that have built new stadiums or renovated existing facilities with the lucrative financial reward of hosting a Super Bowl in return.

Last year's Super Bowl was played in Santa Clara, California, after the 49ers built a stadium. Minneapolis will host a Super Bowl in 2018 with a new stadium that opens this season.

New York-New Jersey, Indianapolis, Dallas and Detroit all received Super Bowl bids in the past after spending millions on new stadiums.

Atlanta will host its first Super Bowl since 2000, when an untimely ice storm in the Southeast crippled festivities by forcing cancellation of some hospitality events and making travel treacherous. Atlanta subsequently lost bids to host the game in 2009 and 2010, with some owners saying at the time the ice storm was one of the reasons. But Falcons owner Arthur Blank's new stadium put Atlanta back in the picture.

Blank said he was "screaming joy for the city of Atlanta and our fans" when he learned of the owners' decision.

"We feel like downtown Atlanta is very unique and the stadium is unique," Blank said.

The Miami area will move ahead of New Orleans, which has hosted 10 Super Bowls, when it stages its first title showdown since 2010. The area remains a popular venue because of its weather, ability to host big events and two major airports that help travel in and out of the city.

Hall of Fame running back Larry Csonka was an ambassador for the Miami bid. Csonka admitted he was a "little nervous" at first talking to the owners, joking he probably should have hit something before walking into the room.

"The facts are indisputable," Csonka said. "We have had 10 Super Bowls and they have been successful."

The NFL has been eager to have a team in Los Angeles for quite some time and the Rams moved from St. Louis with owner Stan Kroenke's promise of a grandiose stadium — one that will be the most expensive in the league. The reward was the area's eighth Super Bowl overall, but first Super Bowl since 1993, when the Cowboys defeated the Bills 52-17 at the Rose Bowl. Five Super Bowls have been played at the Rose Bowl and two at the Los Angeles Coliseum.