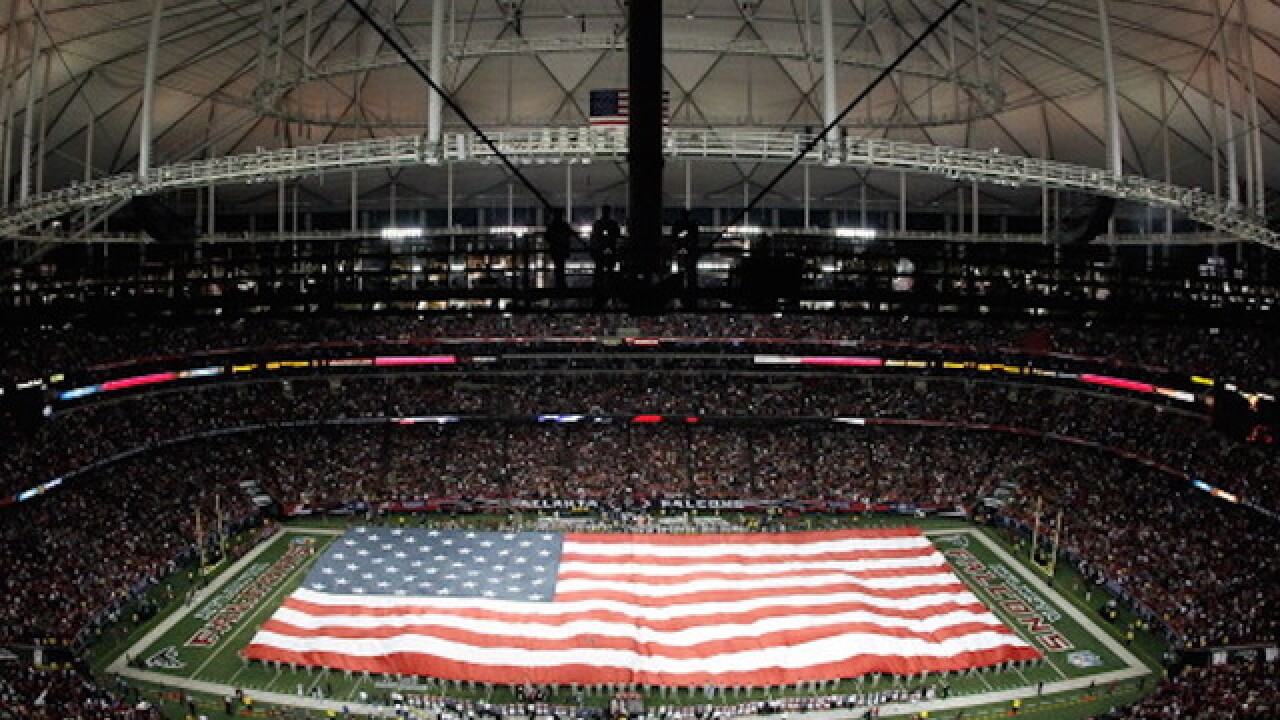 Kevin C. Cox
<p>ATLANTA, GA - JANUARY 15: A general view of a giant American Flag as it's stretched across the field for the performance of the National Anthem prior to the Atlanta Falcons playing against the Green Bay Packers during their 2011 NFC divisional playoff game at Georgia Dome on January 15, 2011 in Atlanta, Georgia. (Photo by Kevin C. Cox/Getty Images)</p>

The NFL is returning more than $700,000 it was paid in exchange for displaying acts of patriotism during games, according to a letter from commissioner Roger Goodell to Senators John McCain and Jeff Flake.

The league’s announcement comes about seven months after McCain and Flake filed a report bashing the Department of Defense for giving millions of dollars of taxpayer money to sports teams and leagues in exchange displaying acts of patriotism. Payments financed color guards, giant American flags and veteran recognition videos on jumbotrons, among other services.

The senators’ report claimed that $6.8 million had been spent in total by the Department of Defense between 2011 and 2014, including payments of $879,000 and $700,000 to the Atlanta Falcons and New England Patriots, respectively.

"In all the years I've spent rooting out egregious federal spending, the NFL is the first organization to perform due diligence, take responsibility and return misspent funds to the taxpayers," Flake said according to ESPN . ”The NFL's response to this investigation sets a new standard and only strengthens its reputation as a supporter our nation's military service members and veterans."

According to Goodell’s letter, the league went through an extensive audit of 100 marketing agreements to determine that the league had received $723,734 to displays of patriotism. He did not provide a breakdown of fees that lead to the figure.