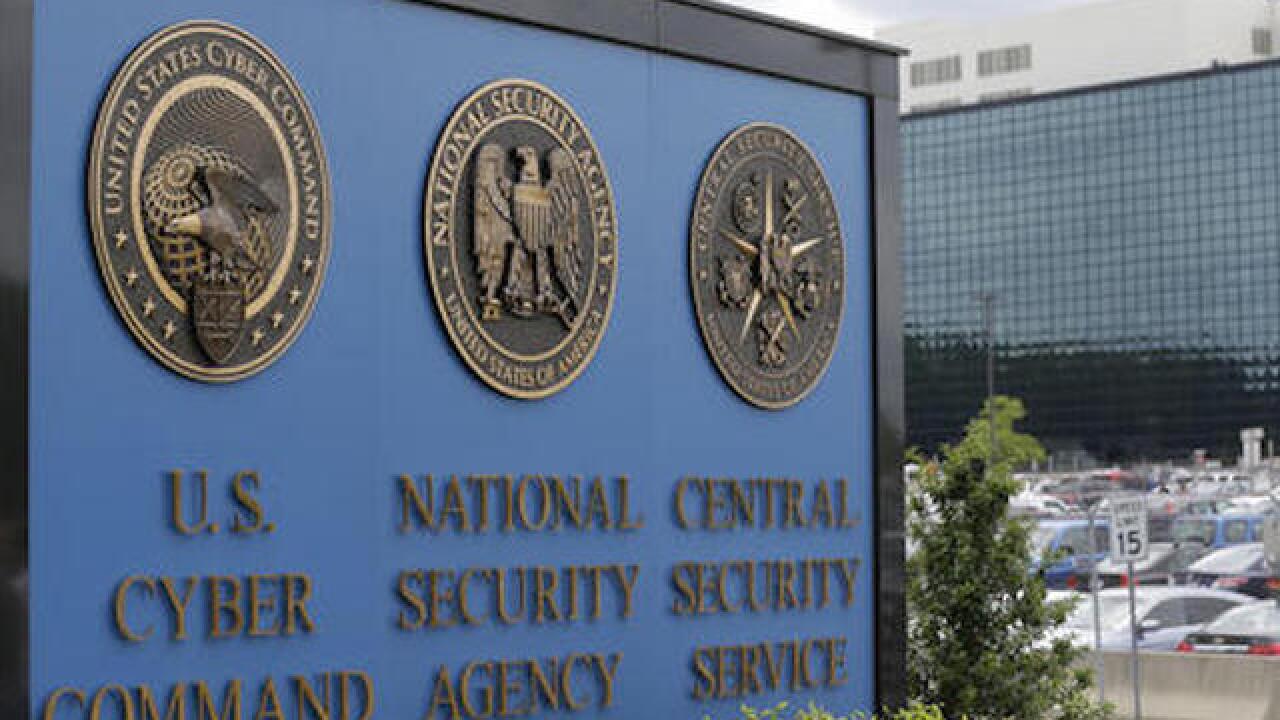 Patrick Semansky
<p>FILE - In this June 6, 2013 file photo, the sign outside the National Security Administration (NSA) campus in Fort Meade, Md. A contractor for the National Security Agency has been arrested on charges that he illegally removed highly classified information and stored the material in his house and car, federal prosecutors announced Wednesday, Oct. 5, 2016. Harold Thomas Martin III, 51, of Glen Burnie, Maryland, was arrested by the FBI in August after authorities say he admitted to having taken government secrets. (AP Photo/Patrick Semansky, File)</p>

WASHINGTON (AP) — A contractor for the National Security Agency has been arrested on charges that he illegally removed highly classified information and stored the material in his home and car, federal prosecutors said Wednesday.

Harold Thomas Martin III, 51, of Glen Burnie, Maryland, was arrested by the FBI in August after he admitted to having taken government secrets, authorities said. A defense attorney said Martin did not intend to betray his country.

The arrest was not made public until Wednesday, when the Justice Department released a criminal complaint that accused Martin of having been in possession of top-secret information that could cause "exceptionally grave danger" to national security if disclosed.

Among the classified documents found with Martin, the FBI said, were six that contain sensitive intelligence — meaning they were produced through sensitive government sources or methods that are critical to national security — and date back to 2014. All the documents were clearly marked as classified information, according to a FBI affidavit accompanying the complaint.

The complaint does not specify what documents Martin is alleged to have taken. He was arrested around the same time U.S. officials acknowledged an investigation into a cyber leak of purported hacking tools used by the NSA. That tool kit consists of malicious software intended to tamper with firewalls, the electronic defenses protecting computer networks. Those documents were leaked by a group calling itself the "Shadow Brokers." The complaint does not reference that group or allege a link to Martin.

The arrest could turn into another embarrassment for the U.S. intelligence community. It would be the second known case since 2013 of a government contractor being publicly accused of removing secret data from the NSA, which monitors and collects sensitive information and data, mostly from overseas.

At the White House, spokesman Josh Earnest said President Barack Obama takes the situation "quite seriously. And it is a good reminder for all of us with security clearances about how important it is for us to protect sensitive national security information."

The New York Times first reported the arrest of an NSA contractor who worked for Booz Allen Hamilton. The complaint does not identify the agency Martin worked for as a contractor, but a U.S. official familiar with the investigation confirmed it was the NSA. Booz Allen said in a statement that after learning of the arrest of one of its employees, it reached out to law enforcement authorities to offer its cooperation and fired the worker.

At Martin's home, investigators found stolen property valued at "well in excess of $1,000," the complaint said. He voluntarily agreed to an interview.

"Martin at first denied, and later when confronted with specific documents, admitted he took documents and digital files from his work assignment to his residence and vehicle that he knew were classified," the affidavit says. "Martin stated that he knew what he had done was wrong and that he should not have done it because he knew it was unauthorized."

He has been in custody since a court appearance in August, when he was arrested.

"There is no evidence that Hal Martin intended to betray his country," his public defenders, James Wyda and Deborah Boardman, said in a statement. "What we do know is that Hal Martin loves his family and his country. He served honorably as a lieutenant in the United States Navy, and he has devoted his entire career to serving his country. We look forward to defending Hal Martin in court."

Greg Mickley, who lives several houses down from Martin, said his family was barbecuing on a Saturday afternoon in August when they heard a loud bang.

"They threw, we're guessing, a flashbang (stun grenade) in his house and raided and went in the house, and they were there for 11 hours — in and out, and they had him outside in cuffs," Mickley said, recalling the afternoon of the arrest.

Speaking at a cybersecurity conference, the Justice Department's top national security official, John Carlin, confirmed the arrest of "an individual who's involved in taking classified information." He said the arrest generally pointed to the threat posed by insiders.

The complaint charges Martin with unauthorized removal and retention of classified materials, which carries a maximum one-year sentence, and theft of government property — an offense punishable by up to 10 years.

In 2013, NSA contractor Edward Snowden, who also worked for Booz Allen, stole classified records from NSA that he leaked to journalists, revealing the agency's bulk collection of millions of Americans' phone records.

The disclosures set off a fierce debate that pit civil libertarians concerned about privacy against more hawkish lawmakers fearful about losing tools to combat terrorism. Democrats and libertarian-leaning Republicans pushed through a reauthorization of the USA Patriot Act last year that ended the program.

Snowden fled to Hong Kong, then Russia, to avoid being arrested, though he does face criminal charges in the United States. Snowden now wants a presidential pardon because he says he helped his country by revealing secret domestic surveillance programs.

After news broke of Martin's arrest, Snowden tweeted: "Am I correct in reading they didn't charge him under the Espionage Act? Under this administration, that's a noteworthy absence."

The allegations are also a potentially uncomfortable indication that the steps the NSA took after the Snowden disclosures to limit insider threats were not enough.

Adm. Mike Rogers, who heads the NSA, has spoken since the disclosures about efforts the agency has taken to ensure that such a thing doesn't happen again.

"At times, I have some people telling me, 'Hey, what this (the Snowden disclosures) should show you is, you can't trust contractors,'" Rogers said in a speech at Stanford University in 2014, noting that some of the biggest compromises of information came from direct U.S. employees. "This idea that you can't trust contractors, I just don't think I'm concerned about the long-term implications of that."