Numbers to know about birthright citizenship 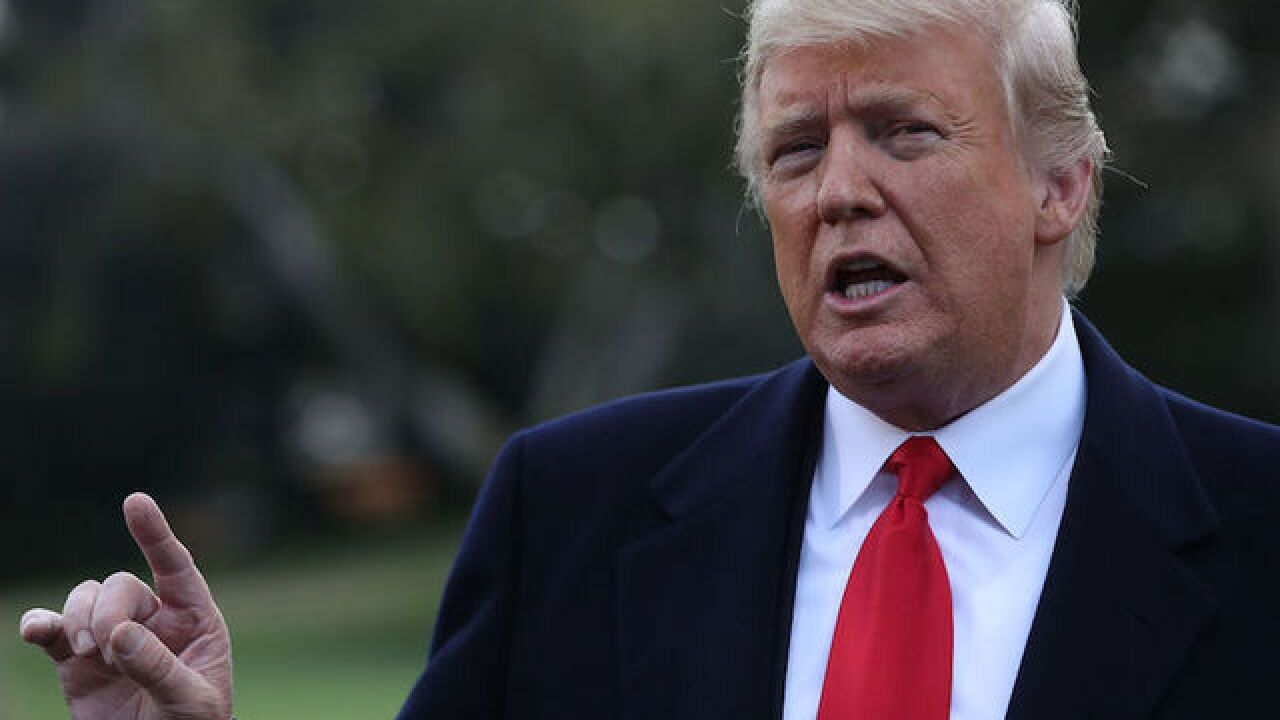 Image copyright 2018 Getty Images. All rights reserved. This material may not be published, broadcast, rewritten, or redistributed.
Mark Wilson
<p>U.S. President Donald Trump speaks to the media about birthright citizenship before departing on Marine One at the White House on October 31, 2018 in Washington, DC. </p>

President Donald Trump threw some red meat to his base this week and claimed he was prepared to defy the Constitution and end birthright citizenship in the U.S.

His comments led to cheers from immigration hardliners, outrage from his Democratic critics and a few notable rebukes from senior Republicans in Congress who usually stand behind him.

Trump botched some claims about birthright citizenship, such as when he said the U.S. is the only country with that law. Many countries offer the same. A number of legal experts say it is highly unlikely he can end the practice with an executive order-- as did Speaker of the House Paul Ryan.

Beyond the impassioned political debate, here are some numbers to know that add context and explain the broader trends that are going on.

How many children are here?

More than 4 million children born in the United States live here with at least one undocumented parent, according to the latest numbers from the nonpartisan Migration Policy Institute. These children are U.S. citizens due to the birthright citizenship provision of the 14th Amendment.

These 4 million children represent a large cohort in this category, which is sometimes, including by the President, pejoratively called "anchor babies." But it's important to remember that people who are here legally -- on work visas, for instance -- sometimes give birth to kids on U.S. soil.

At a rally Wednesday night, Trump railed against birthright citizenship and said it "created an entire industry of birth tourism." He's right that an underground enterprise exists around pregnant foreigners coming to the U.S. for the purpose of having their baby on American soil. There have been federal raids over the years against so-called "maternity hotels" that cater to these women. The Center for Immigration Studies, a nonprofit that wants to reduce immigration, roughly estimates about 36,000 of these births in each year.

It is actually slowing down

What's often lost in the political debate is that illegal immigration to the U.S. is on the decline. The number of undocumented immigrants in the U.S. peaked during the mid-2000s and has continued falling.

As a result, the number of babies born in the U.S. each year to undocumented immigrants is also declining. After steadily increasing since the 1980s, this figure peaked in 2007 at 370,000 births. Since then, each year has seen fewer births than the previous year, according to the Pew Research Center. Even as the overall numbers have declined, as a percentage of total U.S. births, this group has seen its share increase. The nonpartisan group says the most recent data is from 2014.

"This trend matches a number of other trends that we've seen among unauthorized immigrants," said Mark Hugo Lopez, director of global migration and demography research at the Pew Research Center. "Generally speaking, that population has been in decline."

There is another wrinkle: undocumented immigrants who are already in the United States will continue to have babies, even if birthright citizenship goes away. Instead of becoming citizens, those kids will be undocumented, even without crossing any borders.

"Those kids would have no pathway to legal citizenship, and they would accumulate over time," said Michael Fix, a senior fellow at the Migration Policy Institute, a think tank based in Washington. "And there's a share of them who will have kids of their own, and they'll become undocumented immigrants a well."

Repealing birthright citizenship would cause the number of undocumented immigrants to more than double by 4.7 million by 2050, according to a 2015 study co-authored by Fix and other scholars. The study noted that 1 million of those kids would be "the children of two parents who themselves have been born in the United States."

As non-citizens, these 4.7 million people would stop receiving government benefits like Medicaid and in-state tuition at public universities. But Fix pointed out that they also would be forced into the "underground economy" which doesn't serve anyone's best interests.

Birthright citizenship hasn't made such a splash since fall 2015, when the topic became a flashpoint in the Republican presidential primaries.

Among adults nationwide, 62 percent believed the law should stand, according to a Marist poll from September 2015. And 60 percent of Americans opposed changing the Constitution to repeal the birthright provision, according to a Pew Research Center survey from October 2015.

Both polls found a partisan split. Democrats and independents support birthright citizenship, while slim majorities of Republicans oppose it. This helps explain why Trump raised the issue during the GOP primaries and revived it this week, as he rallies his base ahead of the midterms.