Officer involved in deadly incident was target of sex suit 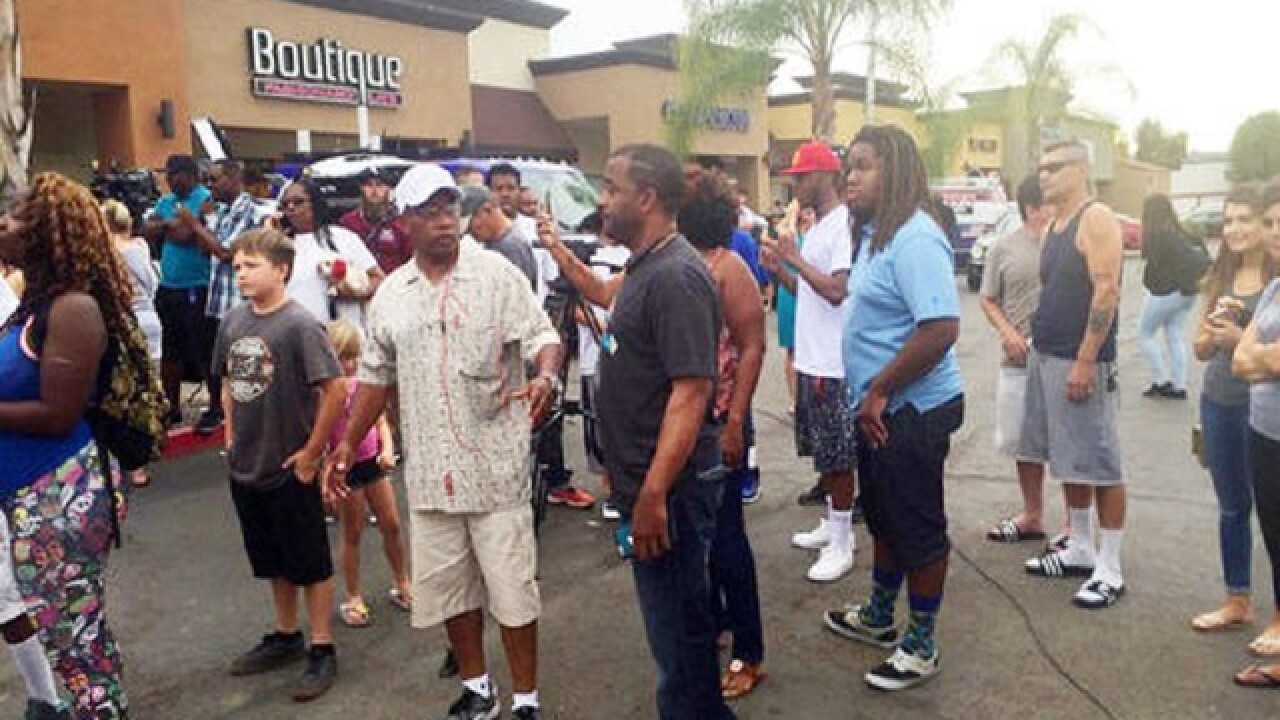 EL CAJON, Calif. (AP) — One of the officers involved in a deadly confrontation with an unarmed black man in a San Diego suburb was demoted last year amid allegations that he sexually harassed a lesbian colleague.
Richard Gonsalves, who has 21 years with the El Cajon Police Department, was identified by the mayor as one of two officers who confronted Alfred Olango on Tuesday. Authorities haven't said which officer shot and killed Olango.
Gonsalves was a sergeant when Christine Greer sued him and the city last year. She alleged that Gonsalves repeatedly made unwanted sexual advances, which included texting her a photo of his penis and on another occasion texting that he was drunk and wanted to have three-way sex with Greer and her wife.
The lawsuit also contended that Gonsalves harassed other women.
After two investigations, Gonsalves was demoted from sergeant to officer, but he was allowed to remain on the force. That decision angered some citizens who said Gonsalves should have been fired.
But City Manager Douglas Williford stood by the decision. "It's entirely possible that a judge or a jury at some point in the future may disagree with the city's decision, and obviously the city will defend its decision with the utmost vigor," Williford told the City Council at a meeting where speakers called for Gonsalves to be dismissed.
Greer's lawsuit was settled months later. But she filed a second lawsuit this August.
Greer contends that she faced retaliation from male colleagues and had been forced to work in the presence of Gonsalves.
The lawsuit also alleges that Gonsalves has harassed Greer by spitting on her locker and following her down a hallway, said her attorney, Dan Gilleon.
An email to the president of the El Cajon Police Officers' Association seeking comment from Gonsalves was not immediately returned.
Copyright 2016 The Associated Press. All rights reserved. This material may not be published, broadcast, rewritten or redistributed.