US to send more troops to Iraq to help with Mosul, officials say 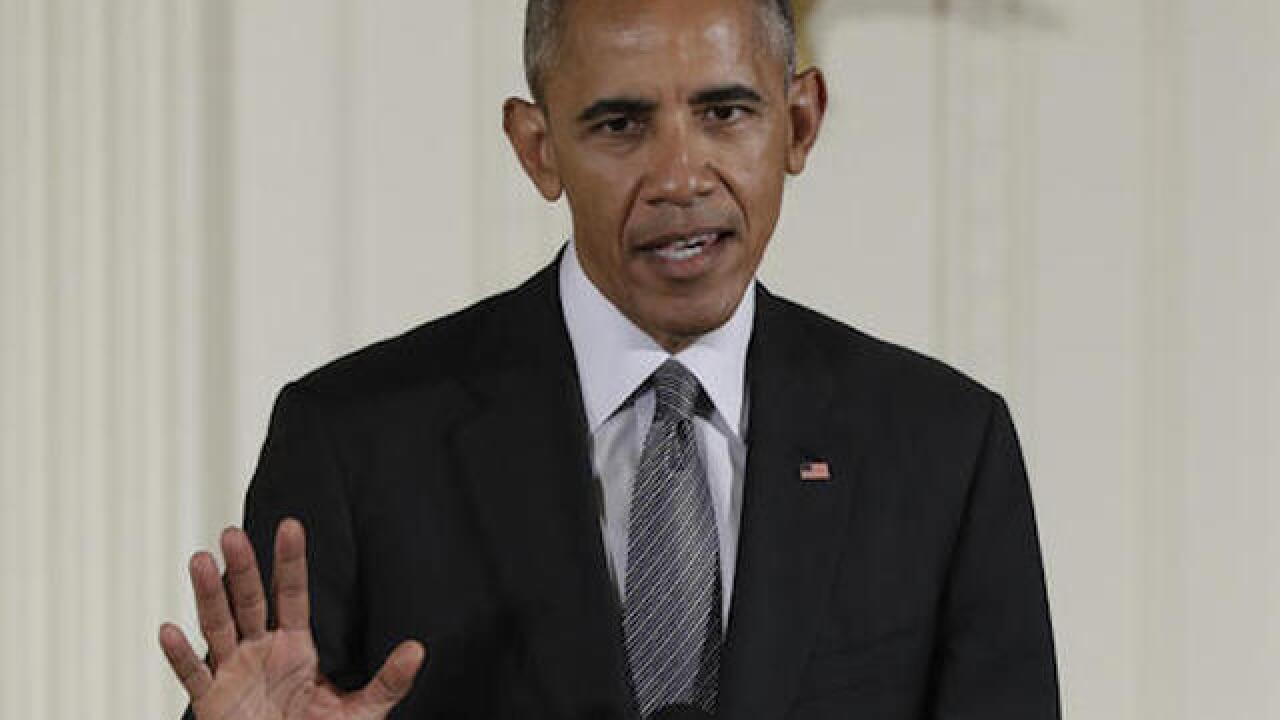 The troops will train and advise Iraqi forces as planning for the Mosul operation ramps up, officials said. Though the precise number of troops was not immediately disclosed, one official said roughly 600 addition troops would be sent.

It wasn't clear whether the troops would include special operations forces, some of which are already serving in Iraq.

The officials spoke on condition of anonymity because they weren't authorized to publicly discuss the development before the official announcement, expected later Wednesday.

The decision expands the U.S. military footprint in Iraq just as Obama readies to hand over the conflict to his successor in January. The U.S. has roughly 4,600 troops in Iraq, according to the Pentagon, although the figure doesn't include some troops including those there on temporary duty.

Iraqi Prime Minister Haider al-Abadi, in a statement posted on his official website, said the added troops would "provide support for security forces and the Iraqi heroes in the fight looming in the liberation of Mosul." He said the Obama administration had approved his government's request for the increase.

"We emphasize that the role of the trainers and advisers is not combat, but for training and consultation only," Abadi said, adding: "It is our troops who will liberate the land."

With Americans weary after years of an unpopular war in Iraq, Obama has tried to emphasize that the troops deployed there now are in advisory roles, not combat. Yet even if they're not waging war from the front lines, the troops have been embedded with Iraqis at the brigade and battalion levels, putting them in dangerous situations where fighting could break out. In some instances, the U.S. has acknowledged its troops' involvement in special missions to capture or kill high-value targets or to try to rescue hostages.

The U.S. and Iraq have been planning for months for a complex push to drive IS out of Mosul, Iraq's second-largest city and the extremist group's last major urban stronghold in Iraq. Both countries want to move quickly to take advantage of recent momentum against IS in Iraq and the perception that the extremists' morale is waning.

Capturing Mosul would mean a symbolic and strategic defeat to the militants. The U.S. and its partners hope a successful Mosul offensive will set the stage for eventually ousting the group from Raqqa, the largest IS-held city in Syria and the de facto capital of the group's self-declared caliphate.

Military experts have said that retaking Mosul would be an arduous task that plays to the extremist group's advantages, including its ability to embed among civilians. The battle will require huge numbers of troops and street-by-street combat. In preparation, Iraq's military has been amassing troops and retaking a string of towns in the vicinity of Mosul.

Defense Secretary Ash Carter had signaled the move was coming when he told reporters Tuesday that final preparations for the Mosul offensive were in the works. Yet he also said the timing was up to Abadi.

"There are some additional steps" like logistical moves that still need to be made, Carter said. He cited for example the need to further prepare Qayara West airfield, which is south of Mosul and will serve as a staging area for Iraqi forces as well as a base for US troops advising the Iraqis.