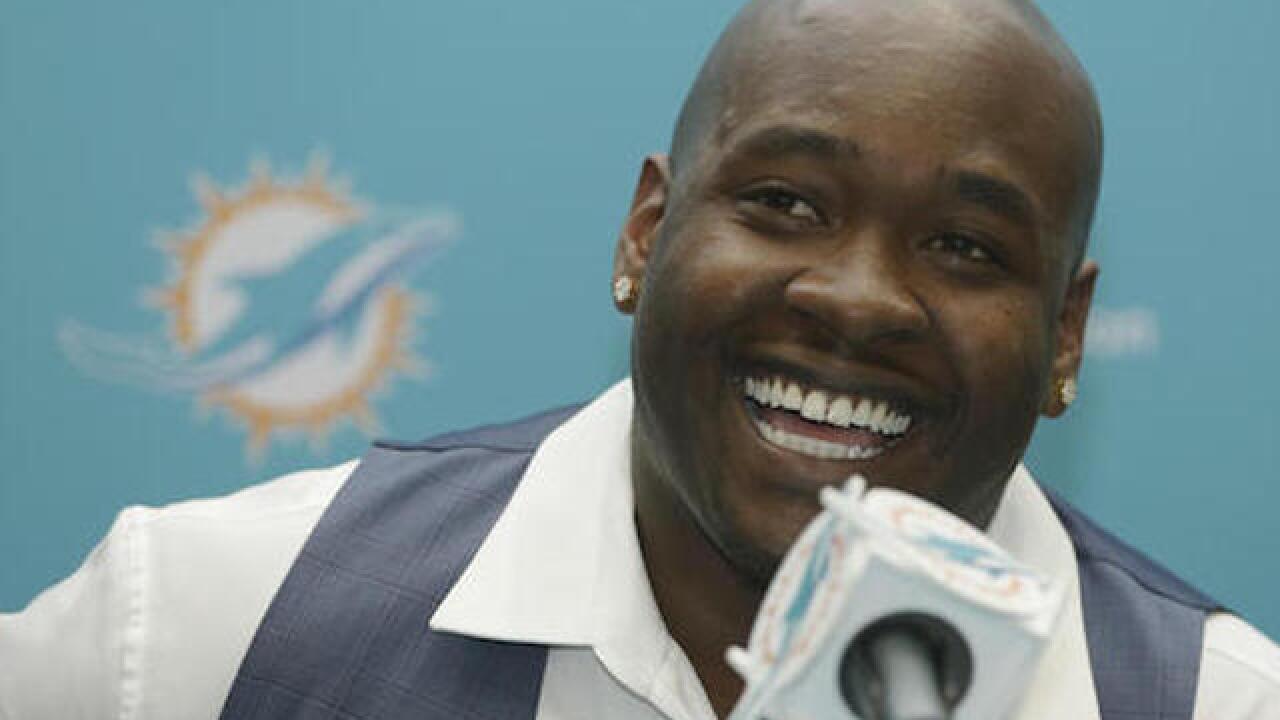 Laremy Tunsil said enough about Mississippi at the NFL draft for the university to launch an investigation into his time at the school. Now, the former Rebel offensive lineman only wants to talk about his new team, the Miami Dolphins.

That leaves Ole Miss in a difficult positon.

Tunsil said at the draft Thursday night in Chicago that he accepted money from a member of the football staff while playing at the school.

His comments prompted the university to issue a statement Friday saying it is "aware of the reports from the NFL Draft regarding Laremy Tunsil and potential NCAA violations during his time at Ole Miss" and "will aggressively investigate and fully cooperate with the NCAA and the SEC."

After Tunsil was selected 13th overall by the Dolphins, he initially denied taking money while at Ole Miss.

The question arose after a post on his Instagram showed an alleged text message exchange between the offensive lineman and an Ole Miss football staff member that included Tunsil's request for money for bills.

When Tunsil was pressed about whether he took money, he said, "I'd have to say yeah."

Tunsil made no attempt to clarify his draft-night comments during Friday's introductory news conference with the Dolphins. The news conference was delayed more than hour because Tunsil said he had an allergic reaction, possibly to something he ate.

When asked directly about the text messages to the Ole Miss staff member, Tunsil said, "I'm here to talk about the Miami Dolphins."

If there's no help from Tunsil regarding potential NCAA violations — and he's under no obligation to talk to the governing body since his college career is over — Ole Miss will be charged with investigating the matter on its own.

Ole Miss athletic director Ross Bjork told The Associated Press in a text message that the school couldn't comment further because it was "working on getting answers to all of this."

Ole Miss is already under a current NCAA investigation and received a Notice of Allegations from the governing body in January regarding violations in football, women's basketball and track and field.

The university has not disclosed the violations the NCAA said it has committed, but Tunsil was suspended seven games last season after the NCAA ruled he received several illegal benefits, including the use of three loaner cars.

With Tunsil acknowledging taking money while at Ole Miss, it's unclear how the NCAA will handle the new information. The NCAA could delay the current case while it and Ole Miss conduct investigations, or it could start a new case against the university.

NCAA spokeswoman Emily James said Friday morning in an email response to the AP that the NCAA does not "comment on current, pending or potential investigations."

The current case recently received a 30-day extension and a response from Ole Miss is due in late May.

Tunsil became the story of the draft after he said his social media accounts were hacked and incidents of his troubled past became public minutes before the first round began, including a video of him smoking from a gas mask-bong contraption.

Tunsil said Thursday that he believes both of the social media accounts were hacked, but it's unclear if that was actually the case.

The 6-foot-5, 310-pound Tunsil, who started at left tackle for the Rebels over the past three seasons, helped Ole Miss win 10 games last year, including the Sugar Bowl.

Tunsil's troubles cast a dark cloud over a historic night for Ole Miss; it was the first time the school had three players selected in the first round of the draft.

After Tunsil was drafted, receiver Laquon Treadwell was selected by the Minnesota Vikings with the 23rd overall pick and defensive tackle Robert Nkemdiche went to the Arizona Cardinals at No. 29.