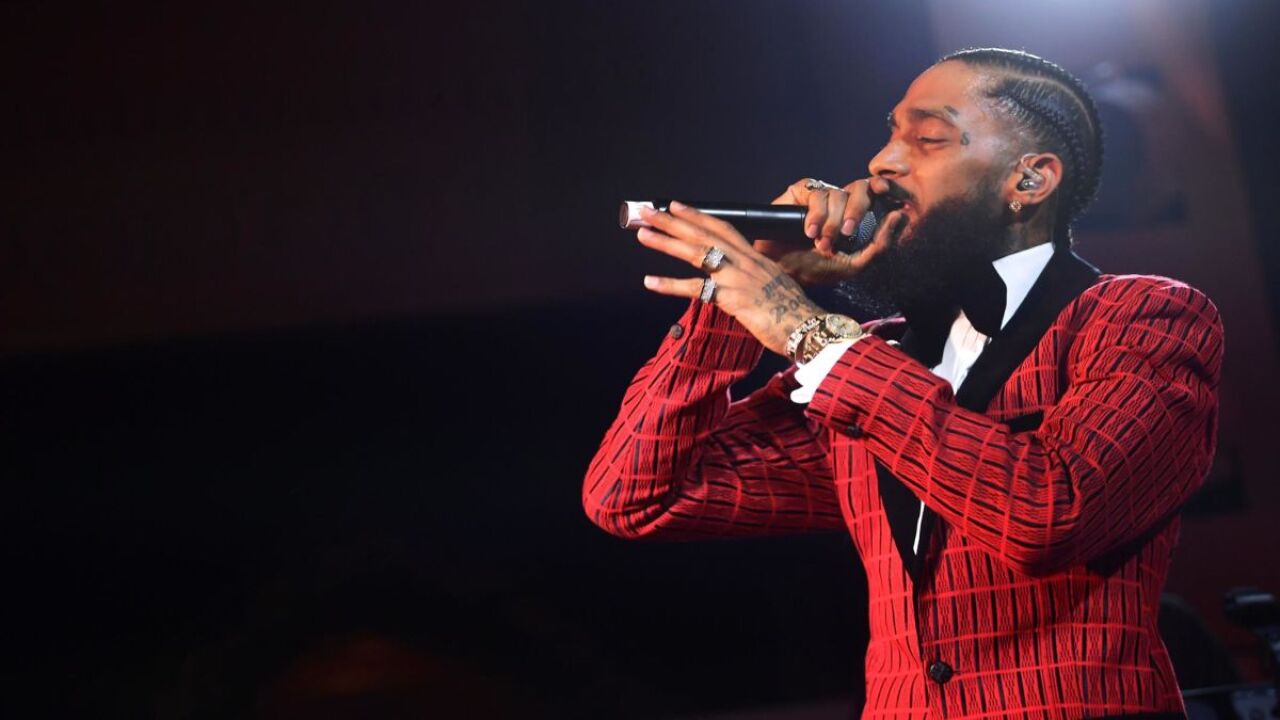 The Los Angeles Police Department now says two women were shot while attending a vigil for rapper Nipsey Hussle, the day after he was killed . Police previously said there had been no reports of a shooting at the vigil, where a mass panic broke out and sent people stampeding into the streets.

A crowd of more than 400 mourners gathered outside Nipsey's clothing store, The Marathon Clothing, to remember the late rapper on April 1.

A witness told police on the night of the vigil that a man brandished a handgun but didn't end up firing it, after being disarmed by another member of the crowd, according to an LAPD statement released Wednesday.

Other witnesses told police they heard gunshots, but investigators weren't able to find victims at the scene or witnesses to corroborate a shooting had taken place.

"We had a commander on scene when this event unfolded that was 50 feet away from where the vigil was occurring," Los Angeles Police Department Chief Michel Moore said at a press conference last week. "And we do not have any reported gunfire being heard."

But when police visited hospitals to check on victims of the incident, they learned of two women with gunshot wounds who said they had been at the vigil. One woman was shot in the arm, while the other was shot in the lower back, according to a search warrant affidavit filed in Los Angeles Superior Court.

When asked Wednesday why they didn't disclose earlier that there had been a shooting at the vigil, police cited the ongoing investigation.

In the week Nipsey was slain, 26 people were shot and 10 killed in Los Angeles .

Eric Holder, the suspect in the Nipsey Hussle shooting, has pleaded not guilty to one charge of murder and two counts of attempted murder.

Nipsey was known not only for his Grammy-nominated music but also for his dedication to uplifting his community .