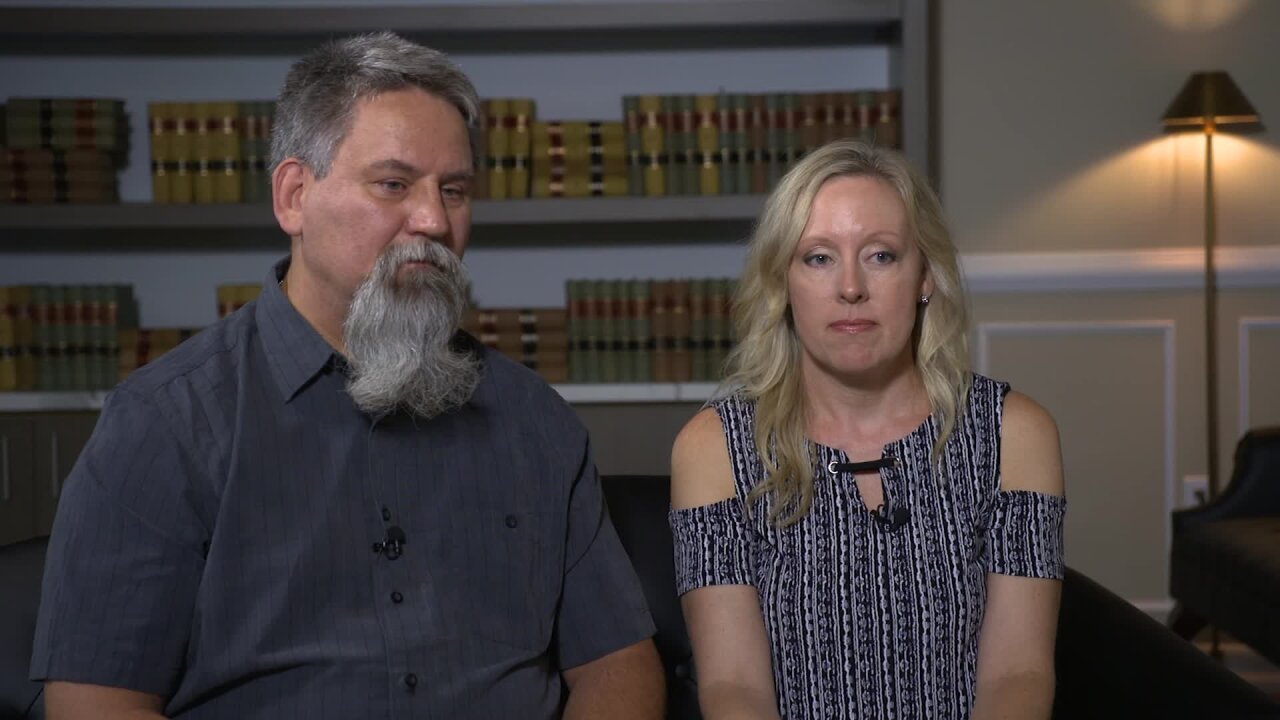 After having trouble conceiving on their own, a white couple opted for in-vitro fertilization and gave birth to a baby girl. When their daughter was a toddler, they grew concerned that she didn't look like them.

"When she was born, all my friends said, 'Oh, she looks Asian, she looks Asian,'" said Kristina Koedderich, the girl's mother. "We were cracking the jokes... but you just figure every baby, like, looks different when they're born."


For nearly four years, Koedderich and her now ex-husband Drew Wasilewski have been wondering who is their daughter's biological father.

Koedderich gave birth to her daughter in 2013. When the girl was about 2 years old, the mother said she noticed her daughter's features were different than hers. Then, strangers also began asking whether they had adopted her.

A DNA test in 2015 confirmed that Wasilewski was not related to the girl, the lawsuit says.

After getting the DNA results, the New Jersey parents said they called the Institute for Reproductive Medicine and Science at St. Barnabas looking for answers, but they said staff members only apologized and told them they couldn't confirm that something went wrong.

Koedderich and Wasilewski filed a lawsuit accusing the Livingston, New Jersey-based fertility clinic as well as several of its employees of failing to maintain a proper chain of custody of semen samples and impregnating Koedderich with the sperm of a man who was not her husband.

The defendants in the case have suggested that an extramarital affair led to the birth of the girl, according to a court order compelling the defense to produce records.

Dr. John Garrisi, the director of embryology laboratory at the clinic, said in a deposition conducted in March that the procedure was done correctly.

Ronn Torossian, a spokesman for the Institute for Reproductive Medicine and Science, told CNN the clinic does not comment on individual patient matters but said they are taking the case "very seriously."

"We are an organization comprised of passionate, dedicated medical professionals whose singular mission is to help our patients build their families," Torossian said in a statement. "The integrity of our treatment processes are paramount and we are taking this matter very seriously. As such, we are thoroughly examining the alleged incident, which is said to have occurred in 2012."

Lawyers representing the other defendants did not return CNN's requests for comment.

Koedderich and Wasilewski are also alleging the fertility clinic and the rest of the defendants failed to properly test Koedderich and inform her of the improper fertilization, according to the filing.

In addition to their daughter not being Wasilewski's biological child, the parents' lawsuit cites the defendants' negligence as a reason for the breakdown of their marriage and raises the possibility that Wasilewski could have numerous other biological children that he's not aware of, the document states.

Last month, Superior Court Judge Keith Lynott ordered the clinic to maintain all records and identities of the semen donors who used the facility around the time Koedderich was impregnated, court documents show.

The case is still pending.

"She's the most adorable little kid," Wasilewski said. "I want to be there as long as I can. But it still doesn't make it right what happened."

Their daughter may be too young to understand what is happening, but when she's ready, no matter what happens, Koedderich and Wasilewski say they want her to see they did everything they could to find the truth.