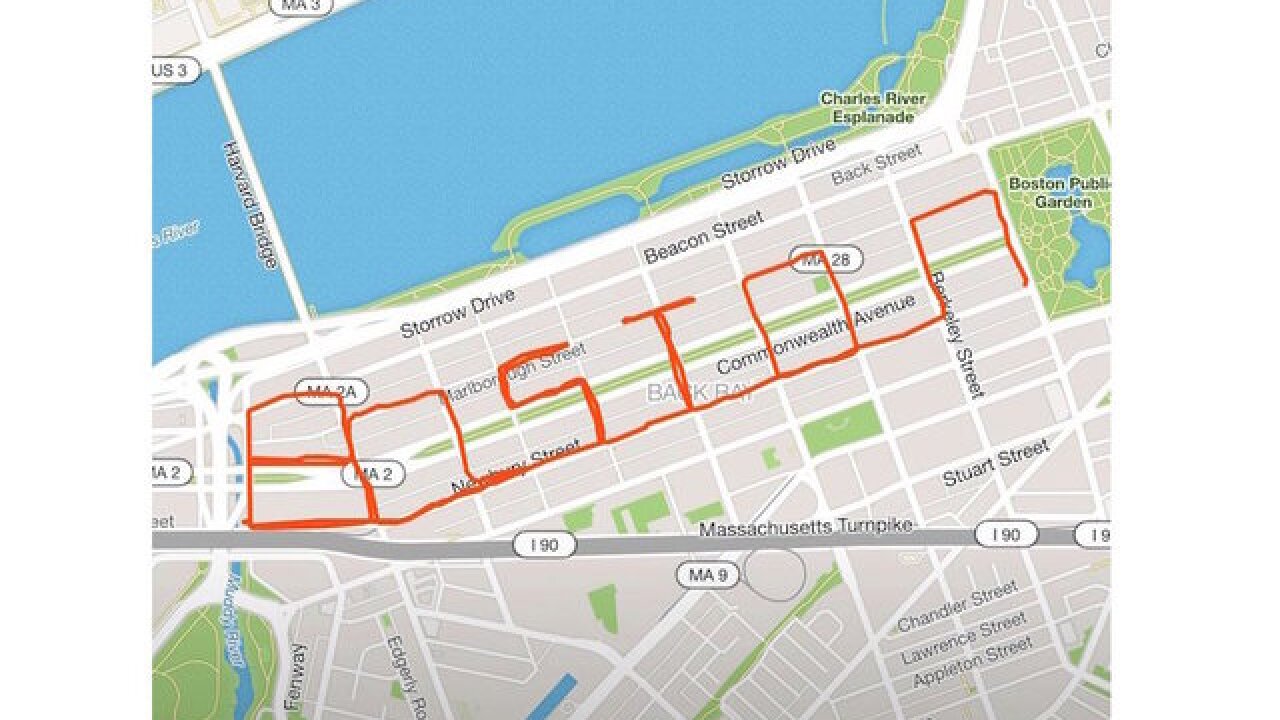 People in Boston came together Sunday to run a course that spelled out the city's name, five years after deadly bomb blasts went off during the Boston Marathon.

The city's triathlon team, Zoom Multisport, began what they call the #BostonRun two weeks after the 2013 bombings, said Greg Soutiea, one of the organizers. Several members of the club were stopped short of finishing the race or, for the ones who did finish, they were still downtown when the bombs exploded.

"A lot of people on our team needed closure," Soutiea said. "It was a way for our team to come together ... and support each other."

Between 10 and 15 people ran that first year, he said; this year, about 150 people participated.

"We were all affected by the tragic events that occurred on a day that has always been so special to us," the club said on Instagram . "Today we ran our 6th Annual #BostonRun to remember those who we lost, those who are unable to run, those who fought to protect us, & for those who will toe the starting line tomorrow to fulfill their hopes & dreams."

On April 15, 2013, two bomb blasts went off near the finish line of the Boston Marathon, killing three and wounding at least 260 others.

One of the bombers, Tamerlan Tsarnaev, was killed in a shootout with police days after the bombing. His brother, Dzhokhar Tsarnaev, was arrested, and in 2015, he admitted to and was found guilty of carrying out the bombing and was sentenced to death .

The attacks created an outpouring of local support and resilience that coalesced around the hashtag #BostonStrong.

Two years after the attacks, the city of Boston officially named April 15 "One Boston Day," marking it as a day to encourage acts of kindness and goodwill.

This year, the city of Boston observed a moment of silence at 2:49 p.m. on Sunday as part of the fifth anniversary of the terrorist attack.