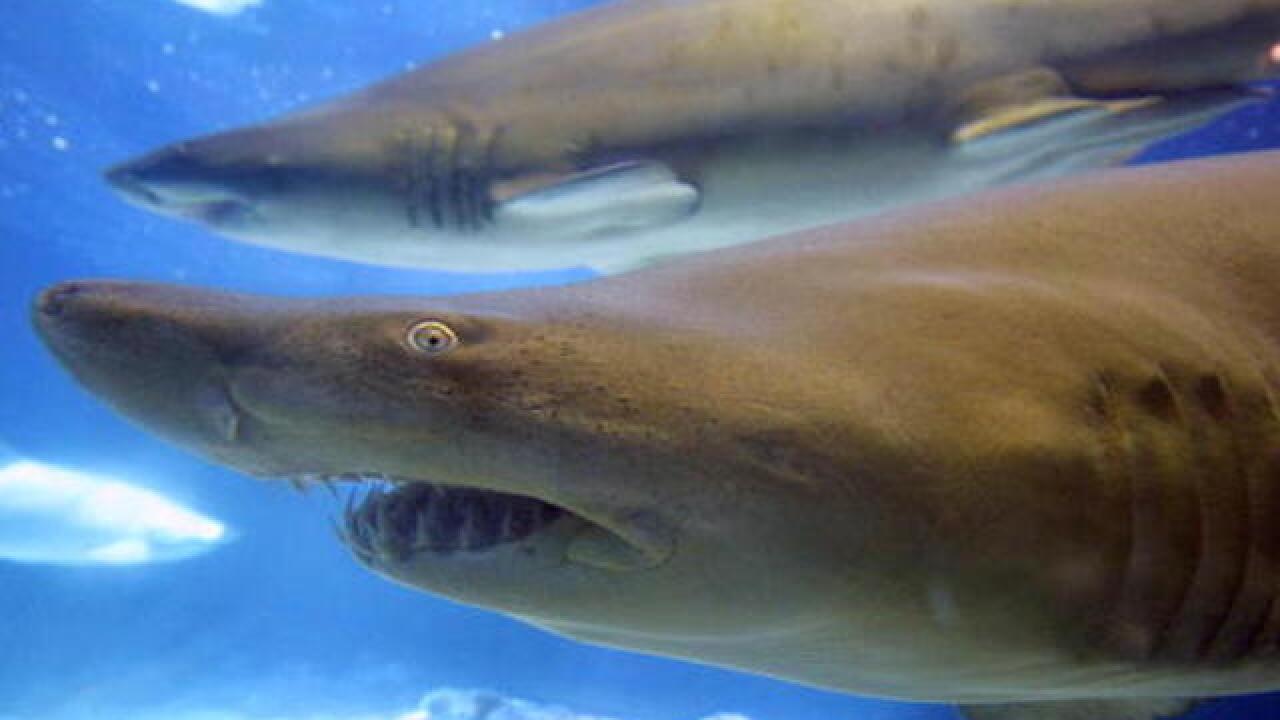 Mario Tama
<p>392957 01: A shark swims in a tank at the New York Aquarium August 7, 2001 in Coney Island, New York City. There were 79 shark attacks worldwide last year, 51 of them in the United States, and several attacks this summer have caused concern among beachgoers. (Photo by Mario Tama/Getty Images)</p>

A 23-year-old beach goer was treated for a shark bite at a Boca Raton, Florida Hospital on Sunday — and the shark decided to come along for the ride.

According to the Sun Sentinel, a small nurse shark bit into the swimmer’s arm and refused to let go. After dragging the shark out of the water, the animal died still attached to the woman’s arm.

The woman remained calm while paramedics used a splint board to stabilize the woman’s arm and the shark. Officials say she was transported to Boca Regional Hospital and was listed in stable condition.

It’s not known how the swimmer came in contact with the shark, but nurse sharks are known for having strong jaws and small, sharp teeth. The Sun Sentinel reports that the sharks can grow up to 14 feet long.