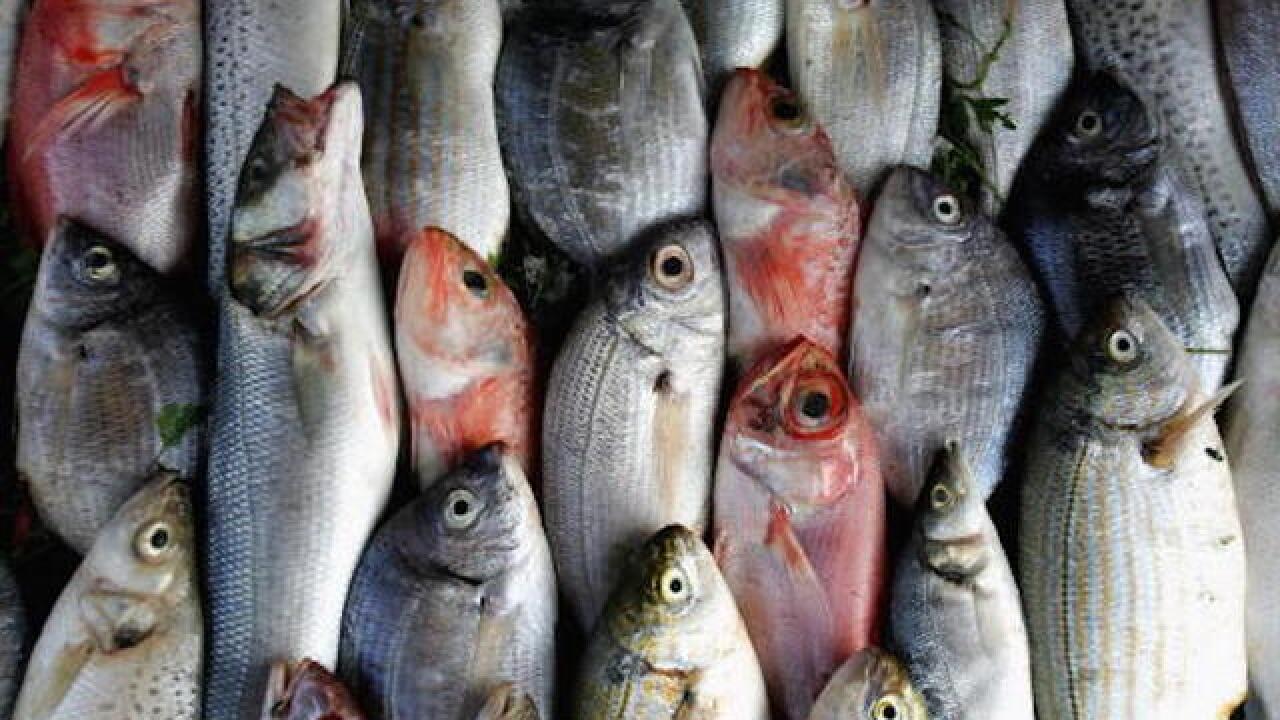 Chris Jackson
<p>ESSAOUIRA, MOROCCO - AUGUST 01: Fish are seen for sale in a harbourside restaurant next to Essaouira Harbour on August 1, 2007 in Essaouira, Morroco. Essaouira is a bustling Atlantic coast fishing town 150 kilometeres west of Marrakesh. Despite decreases in stock Fishermen ply their trade down in the harbour processing their catch and selling to restaurants and local housewives. (Photo by Chris Jackson/Getty Images)</p>

Thousands of dead fish washed up on the shore of a lake in China, causing a massive headache for the southern port city of Haikou.

The fish began washing up on shore on Wednesday. By Saturday, more than 35 tons of rotting carcasses had come ashore.

According to local news reports, a massive tidal surge likely pushed the fish up an estuary and into a pumping system that deposited them into the lake. Officials believe the salt water fish died when entering the fresh water lake.

It took more than 100 sanitation workers two days to clear the shoreline of the fish. The workers ultimately incinerated the carcasses to prevent them from being sold at local markets.