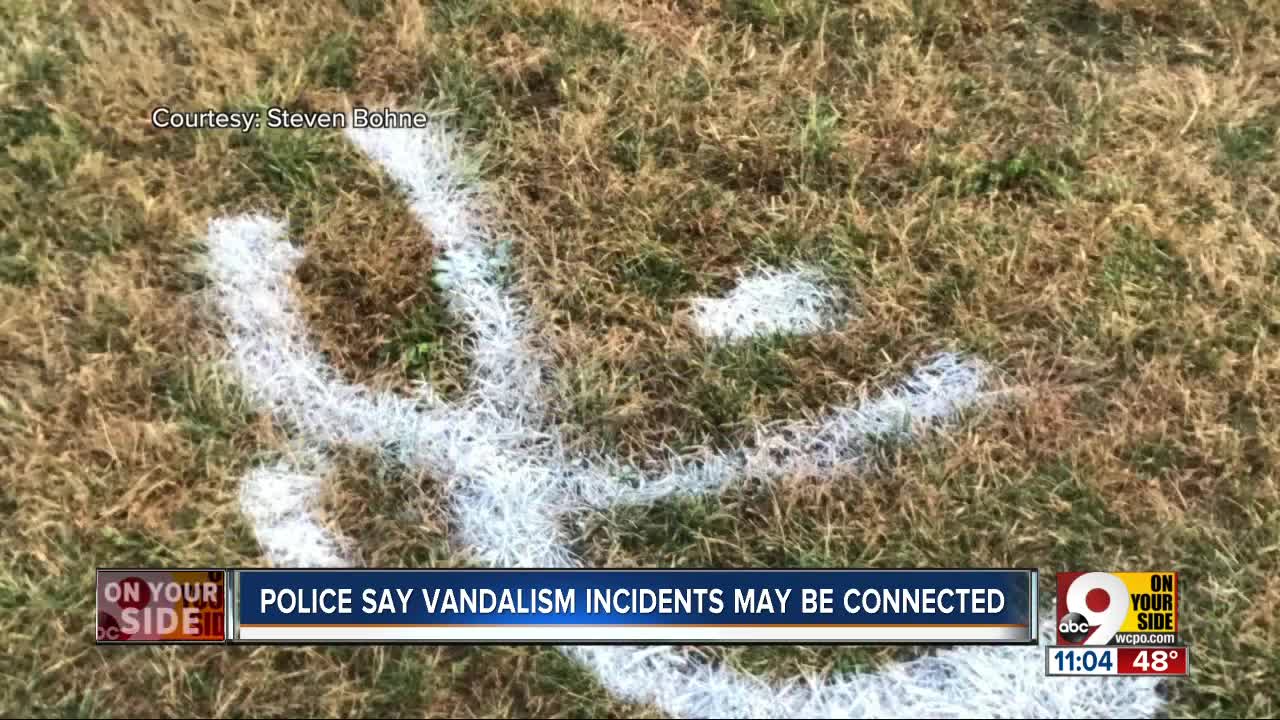 Steven Bohne’s heart sank when he arrived at the Blue Ash YMCA and spotted vulgar symbols, swastikas and racist language painted across the children’s soccer fields. His YMCA wasn't the only place hit.

BLUE ASH, Ohio — Steven Bohne’s heart sank when he arrived at the Blue Ash YMCA in Ohio and spotted vulgar symbols, swastikas and racist language painted across the children’s soccer fields. The marks will fade, he knows. He managed to prevent youth soccer teams from seeing it when they arrived.

But the sour memory lingered into Thursday night. Bohne, the YMCA’s program director, said he hoped police could catch the people responsible.

“It was incredibly disheartening, especially to see hate symbols,” he said. ”We here at the Y are a place of inclusion, and we strive to bring people together. To see people try and divide people was really disheartening.”

The vandals stole the field paint out of YMCA storage, but it wasn’t the only place they hit, according to Blue Ash police.

Anyone with information about the vandalism or the suspects should contact Blue Ash police.

This story was originally published by Kristen Swilley on WCPO.