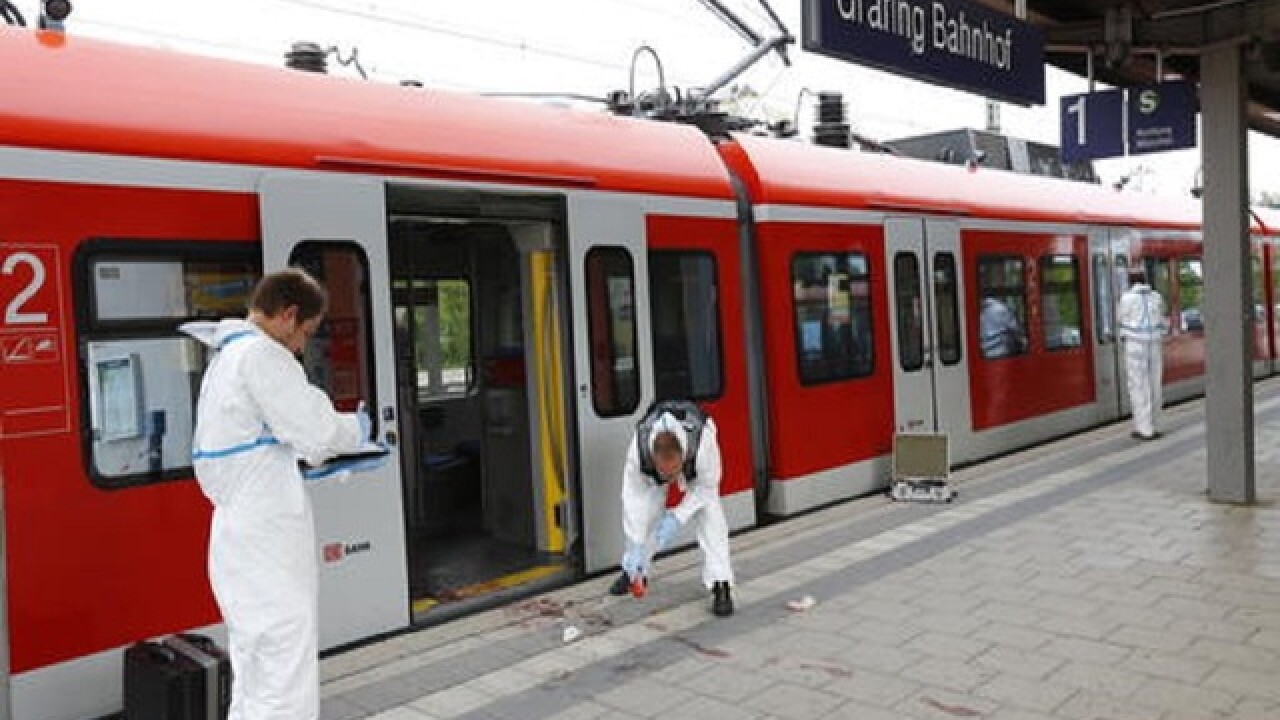 Matthias Schrader
<p>Police investigate the scene of a stabbing at a station in Grafing near Munich, Germany, Tuesday, May 10, 2016. Police said one person has died in a hospital after the stabbing. Police said the suspected assailant is a 27-year-old German national. (AP Photo/Matthias Schrader)</p>

By: Associated Press
Posted at 4:17 AM, May 10, 2016
BERLIN (AP) — Police say there's no evidence that a man suspected of stabbing four people at a station outside Munich had any accomplices or was part of an Islamic extremist network.

Senior police official Guenther Gietl said a woman reported hearing the words "infidel, you must die" at the time of the stabbing early Tuesday.

However, police said there's no sign that he had any contact with Islamic extremist groups or any evidence of radicalization. And another senior police official, Lothar Koehler, said the suspect made a "rather confused impression" during questioning