Preakness-winning jockey out of rehab 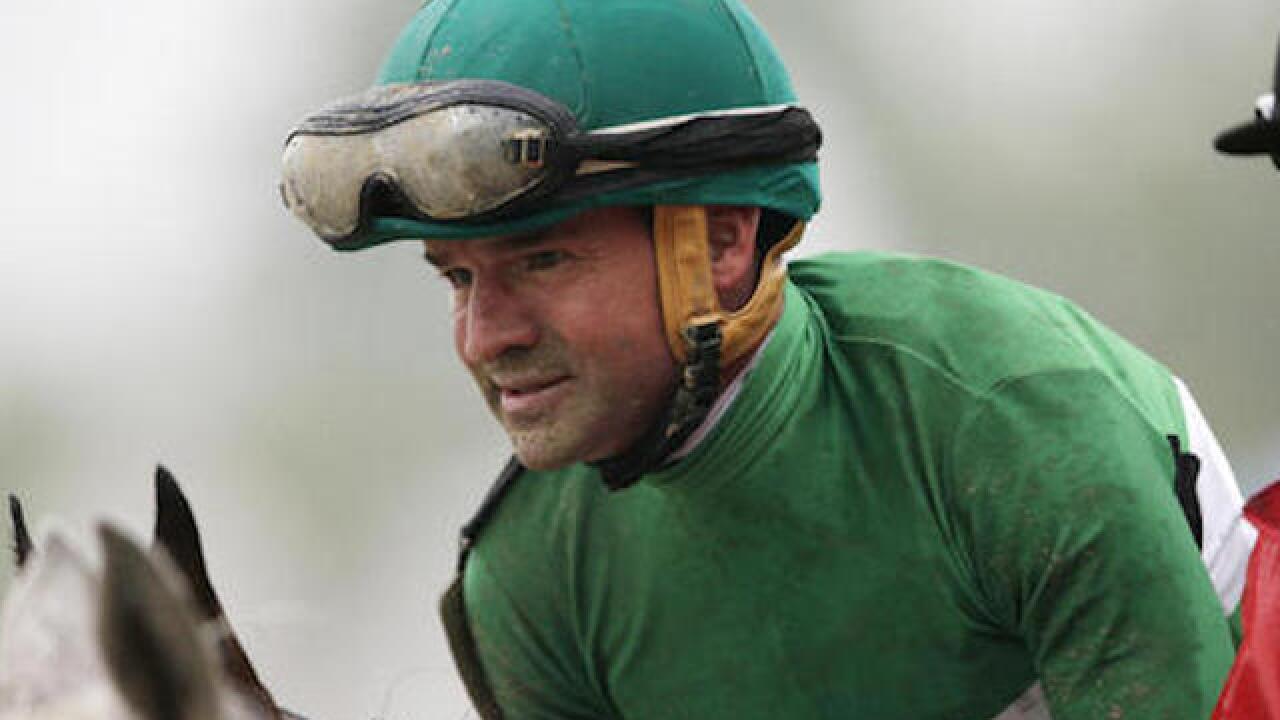 Patrick Semansky
<p>FILE - In this May 21, 2016, file photo, Kent Desormeaux atop Exaggerator moves to winners circle after winning the 141st Preakness Stakes horse race at Pimlico Race Course in Baltimore. Hall of Fame jockey Kent Desormeaux has returned from a drug and alcohol rehab center and was aboard Preakness winner Exaggerator for a morning workout at Belmont Park. The 46-year-old rider on Tuesday, June 7, 2016, acknowledged those who helped him through his struggles.(AP Photo/Patrick Semansky, File)</p>

NEW YORK (AP) — Hall of Fame jockey Kent Desormeaux returned from a short stay in a drug and alcohol rehab center and was aboard Preakness winner Exaggerator for a morning workout Tuesday before the Belmont Stakes this weekend.

The 46-year-old rider acknowledged those who are helping him through his struggles with alcohol.

With younger brother, Keith, Exaggerator's trainer, by his side, Desormeaux said: "I think that my brother, mostly my wife, and my family have supported me through all the years, and it was my turn to say thank you."

Exaggerator is expected to be the favorite in a field of 13 for the final leg of the Triple Crown at Belmont Park on Saturday.

After his Preakness win on May 21 at Pimlico Race Course in Baltimore, Kent Desormeaux returned to California. His last day of riding was May 30 before he checked into Cirque Lodge in Sundance, Utah, a rehab facility popular with celebrities. He says he has a "sober companion" with him at all times, and that his program will continue when he completes the schedule he's started in Utah.

Exaggerator, who finished second to Nyquist in the Kentucky Derby, worked five furlongs in 1:00.92 Tuesday morning, according to Daily Racing Form clockers. At one point, the 3-year-old colt moved away from the rail on the turn, but then completed his work through the stretch and made it back to the barn without an issue.

"Good energy," Kent Desormeaux said of the colt's first workout since before the Derby. "His recovery was 20 feet. He took a deep breath. I turned him around. He sucked some air in and just walked home like he's just been stable walking."

As for the work, "the time is of secondary importance," Keith Desormeaux said. "You want to see the horse recover after the work. If I get back to the barn and he's bug-eyed and he's sweating and he's panting, then that means he struggled over the track. When I got back to the barn, his sweat had already dried up. He had a nice and calm look in his eye and he was under control. So it looks like we're in good shape."

The brothers are part of a close-knit family from Louisiana's Cajun country, but they have much different personalities. Keith, 43, has been training for more than 25 years and this is his first time on the Triple Crown stage. Kent has been a big-time rider for decades, with more than 5,700 wins, including the Kentucky Derby three times, the Preakness three times and the Belmont in 2009 with Summer Bird.

Over the years, though, Kent Desormeaux's drinking problems have cost him good mounts, including his Preakness ride aboard Tiger Walk and his Belmont ride aboard Dullahan in 2012. He's failed blood-alcohol level breath tests at tracks in 2010 and 2012.

Last year, he was fined $2,500 by track stewards for being under the influence of alcohol during a race program at Del Mar. Since then, he's been subjected to breath tests by the California Horse Racing Board any day he rides in Southern California and hasn't failed any.

Keith has expressed his concern for his brother's problems in the past, and seemed pleased to have Kent back aboard Exaggerator.

As the two turned and walked away from the brief news conference held next to the track, Keith smiled and said: "He's different. I'm telling you. He's breathing. He's answering. It's clean living boys."