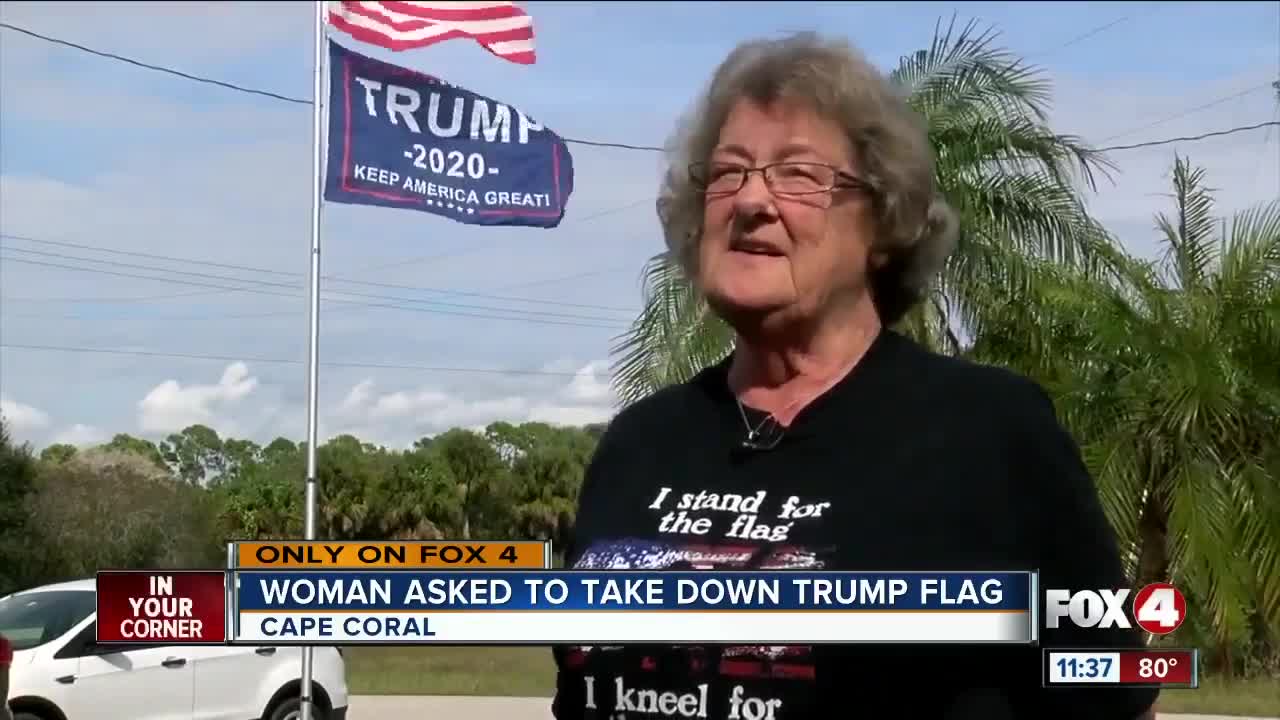 A Trump flag is causing some controversy in a Cape Coral neighborhood. 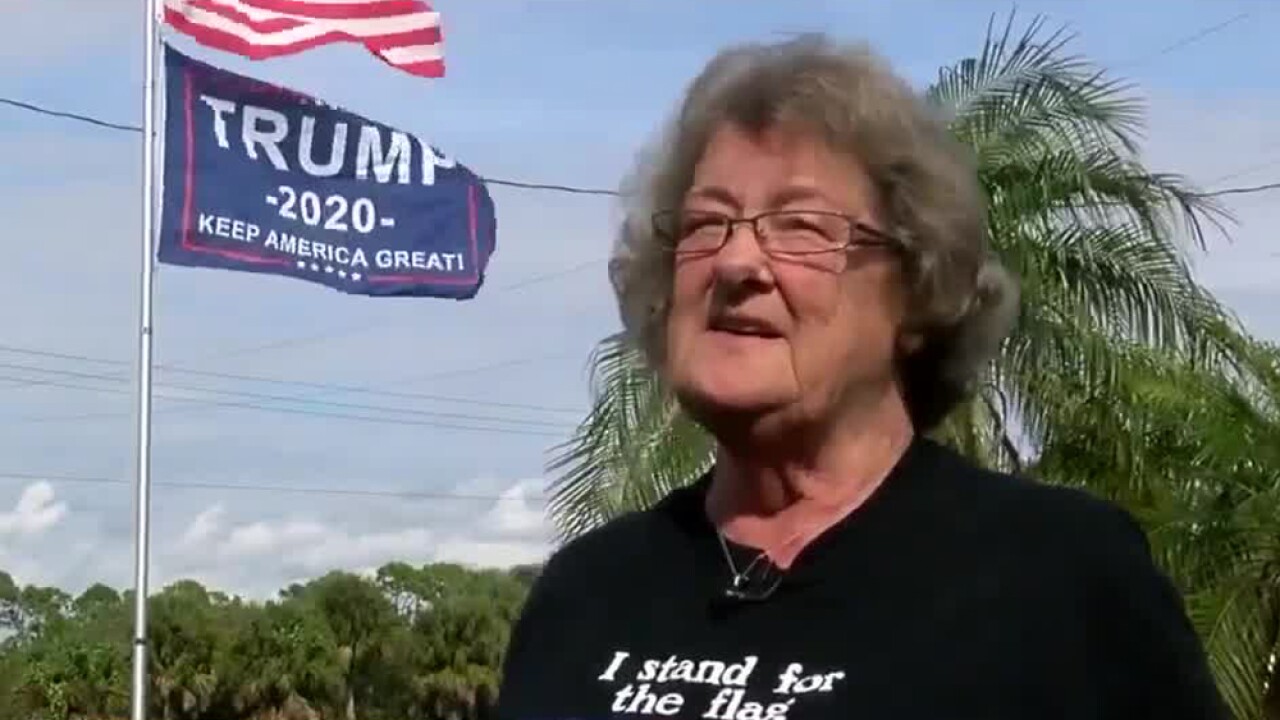 CAPE CORAL, Fla. -- A flag supporting President Donald Trump's reelection is causing some controversy in a Southwest Florida neighborhood. A neighbor wants the owner to take it down, calling it disrespectful. However, the owner refuses, saying it’s a freedom of speech.

Marlene McDade proudly displays a Trump 2020 flag in her front yard along NW 36th Place in Cape Coral. On Wednesday, she got an anonymous letter from one of her neighbors asking her to take it down.

“It’s my freedom. This is my yard,” said McDade.

McDade argues taking the flag down is against her First Amendment right.

Part of the letter sent to her says, “Flying the Trump flag, you tell all your neighbors that you disrespect them.”

“I don’t disrespect anybody in my neighborhood, I treat everybody the same,” said McDade.

The letter goes on to say that removing the flag will bring peace to the neighborhood.

“People have to understand I don’t stop them from doing what they want to do,” said McDade. “They have no right to stop me from what I want to do in my yard.”

Bottom line, she thinks the letter is foolish.

“Quit being so negative about everything. Everyone has a right to their opinion, and I usually keep my opinion to myself, but that’s my flag and it’s staying,” said McDade.

She said what she puts in her yard is her business.

“Even if my neighbors wanted to put a Hillary (Clinton) sign or an Elizabeth Warren sign in their yard, I don’t care. They can do their thing, and I can do mine,” said McDade.

WFTX went around the neighborhood asking who wrote the letter, but no one owned up to it.

McDade said she’s standing up for her rights and the flag is staying.

This story was originally published by Jillian Hartmann at WFTX.