Prosecutor: Gov. Christie was told about plan to close lanes 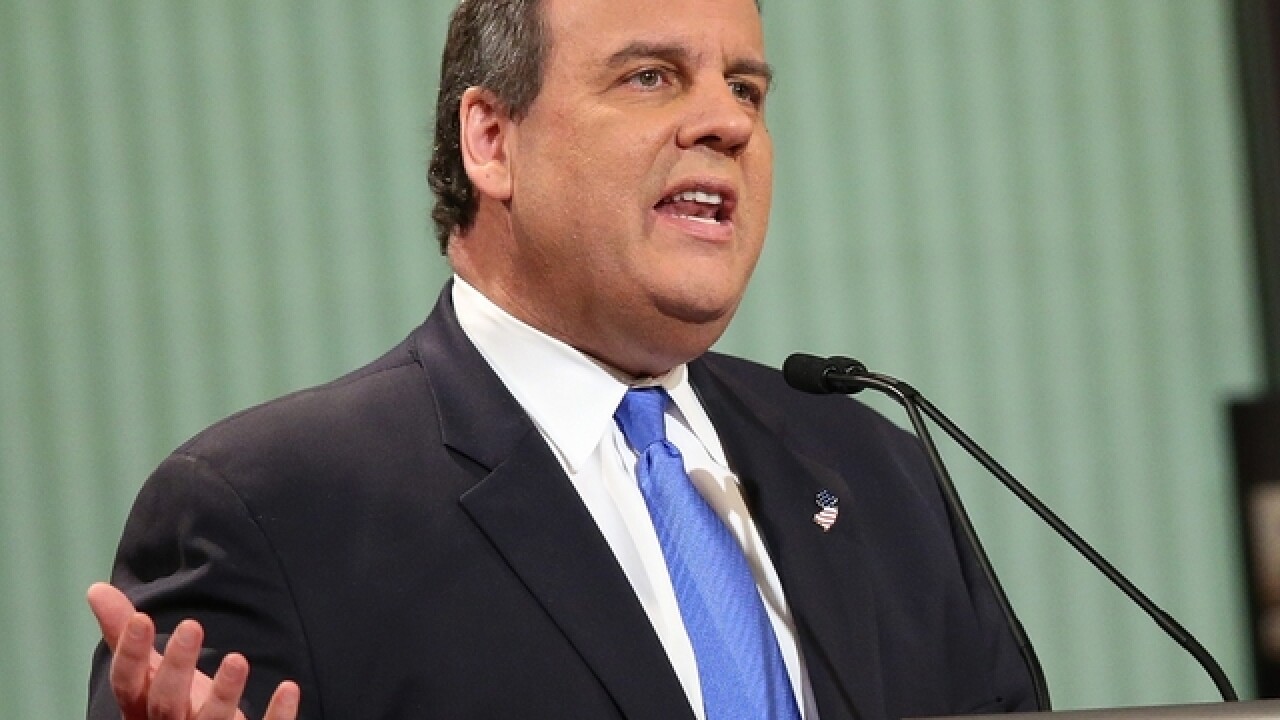 NEWARK, N.J. (AP) — A federal prosecutor told jurors on Monday that a witness will testify that Republican Gov. Chris Christie was told about a plan to close traffic lanes near the George Washington Bridge as part of a political vendetta while the shutdown was happening, a claim Christie has contested for years.

Baroni was a top Christie appointee to the Port Authority of New York and New Jersey, which runs area bridges, tunnels and transit hubs. Kelly was Christie's former chief of staff.

Assistant U.S. Attorney Vikas Khanna told jurors that another Port Authority official, David Wildstein, who pleaded guilty in connection with the scandal last year, will testify he and Baroni made Christie aware of the plan during a Sept. 11 memorial in New York in 2013, three days after the gridlock started.

"The evidence will show that ... they bragged about the fact that there were traffic problems in Fort Lee and that Mayor Sokolich was not getting his calls returned," Khanna said.

Christie has denied knowing about the scheme until well after it was carried out, and a taxpayer-funded report he commissioned absolved him of wrongdoing. He wasn't charged in the federal investigation. A message left at his office seeking comment wasn't immediately returned Monday.

Christie, an unsuccessful candidate for the 2016 Republican presidential nomination, conceded last week that the bridge scandal was a factor in GOP nominee Donald Trump's not picking him as a running mate.

Defense attorneys spent considerable time in their opening statements castigating Wildstein, a former political blogger and high school classmate of Christie who they called the governor's hatchet man at the Port Authority.

They characterized him as a vulgar, power-smitten opportunist aiming to ride Christie's coattails to Washington, D.C., at a time when Christie, about to easily win re-election in his heavily Democratic state, was seen as a top presidential hopeful.

Kelley's attorney, Michael Critchley, called Wildstein and others in Christie's inner circle "cowards who were addicted to power" and said Kelly, who had been deputy chief of staff for three months at the time of the lane closures, was a sacrificial lamb.

"The idea that Bridget Kelly is directing the affairs of the state of New Jersey is almost laughable," he said. "They wanted to throw her, in some sense, under the presidential bus."

Baroni's lawyer, Michael Baldassare, called Wildstein a liar and "a horrible person, a vindictive individual who would destroy your life."

Kelly's "Time for some traffic problems in Fort Lee" email to Wildstein was sent Aug. 13, 2013, a day after she was notified Sokolich wouldn't endorse Christie, Khanna said.

He added that although the lane realignment was Wildstein's idea, Wildstein "will also tell you Kelly instructed him to take that action and Baroni blessed it. And the three of them worked hand in hand."

Critchley, Kelly's attorney, said Kelly regretted sending the email but it was merely joking banter taken out of context. He told jurors Kelly believed Wildstein's proffer that the three access lanes from Fort Lee to the bridge were part of a "corrupt political deal" years ago and should be re-examined.