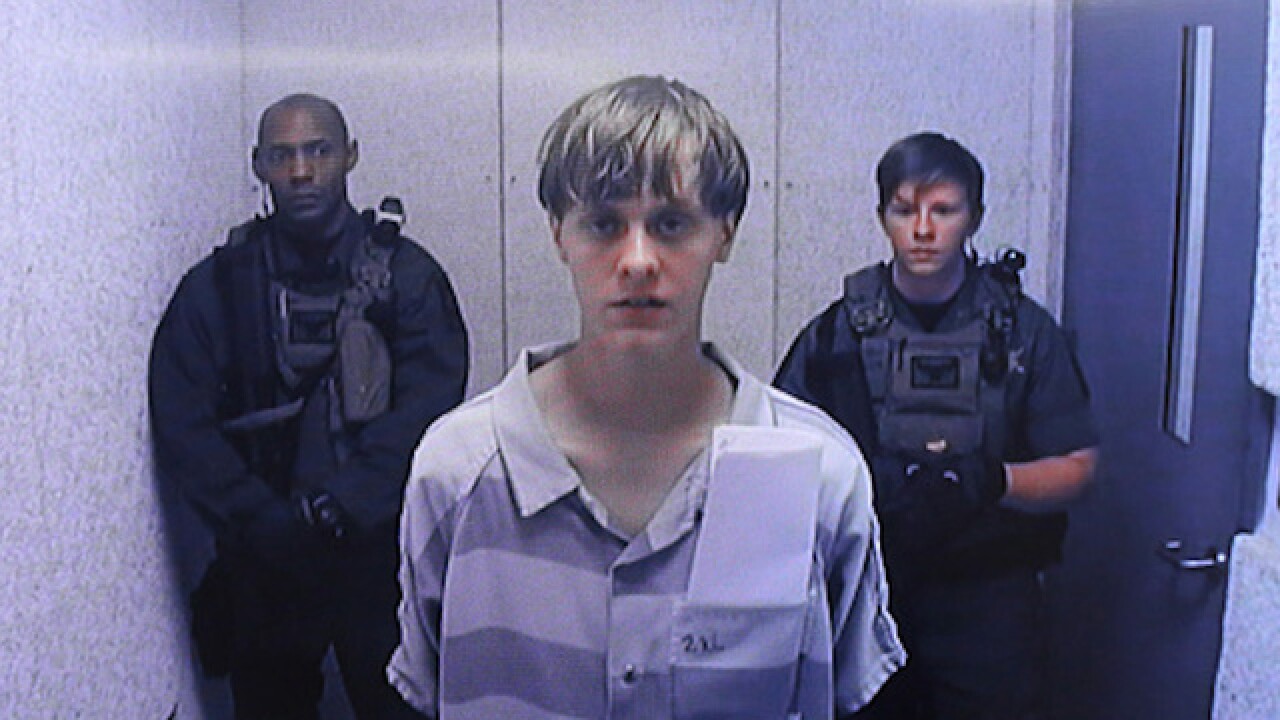 Pool
<p>NORTH CHARLESTON, SC - JUNE 19: In this image from the video uplink from the detention center to the courtroom, Dylann Roof appears at Centralized Bond Hearing Court June 19, 2015 in North Charleston, South Carolina. Roof is charged with nine counts of murder and firearms charges in the shooting deaths at Emanuel African Methodist Episcopal Church in Charleston, South Carolina on June 17. (Photo by Grace Beahm-Pool/Getty Images)</p>

"The nature of the alleged crime and the resulting harm compelled this decision," Lynch said in a brief statement that said the department had considered "all relevant factual and legal issues."

Roof is awaiting trial on federal hate crime charges in connection with the June 17 Emanuel AME Church shooting, which contributed to a national conversation about race relations and ultimately led to the removal of a Confederate battle flag from the grounds of the South Carolina Statehouse.

Roof is also charged in state court with nine counts of murder, and South Carolina prosecutors have already announced plans to seek the death penalty when he stands trial on those charges next year. Solicitor Scarlett Wilson has said she wants her case to be tried first.

Roof, who is white, appeared in photos waving Confederate flags and burning or desecrating U.S. flags, and purportedly wrote of fomenting racial violence. Survivors told police that he hurled racial insults during the attack. He was arrested a day after the shootings when a motorist spotted his Confederate license plate.

Federal prosecutors charged Roof with hate crimes one month after the shooting, saying he was motivated by racial hatred and a desire to commit a "notorious attack" when he opened fire inside the church.

"To carry out these twin goals of fanning racial flames and exacting revenge, Roof further decided to seek out and murder African-Americans because of their race," Lynch said at the time.

Though the Justice Department says it's committed to seeking the death penalty, federal executions are exceedingly rare. The last time a federal defendant was put to death was in 2003. And President Barack Obama has said he's "deeply concerned" about the death penalty's implementation.

The only other person charged in connection with the case has already pleaded guilty. Joey Meek, a friend with whom Roof spent time in the days before the shootings, last month admitted to lying to federal authorities. He has agreed to help with the prosecution against Roof.

At Roof's initial appearance before a judge, several relatives of the shooting victims said they forgave the alleged shooter and that they would pray for him. On Tuesday, Malcolm Graham, brother of shooting victim Cynthia Hurd, said federal prosecutors had talked to family members before announcing the decision and that he felt it was "an appropriate punishment."

"What he did that night was kill innocent individuals at a Bible study," Graham said. "Not only was it an attack on those who were there, it was an attack on a race of people."