Pruitt directly asked Trump to replace AG Sessions with him 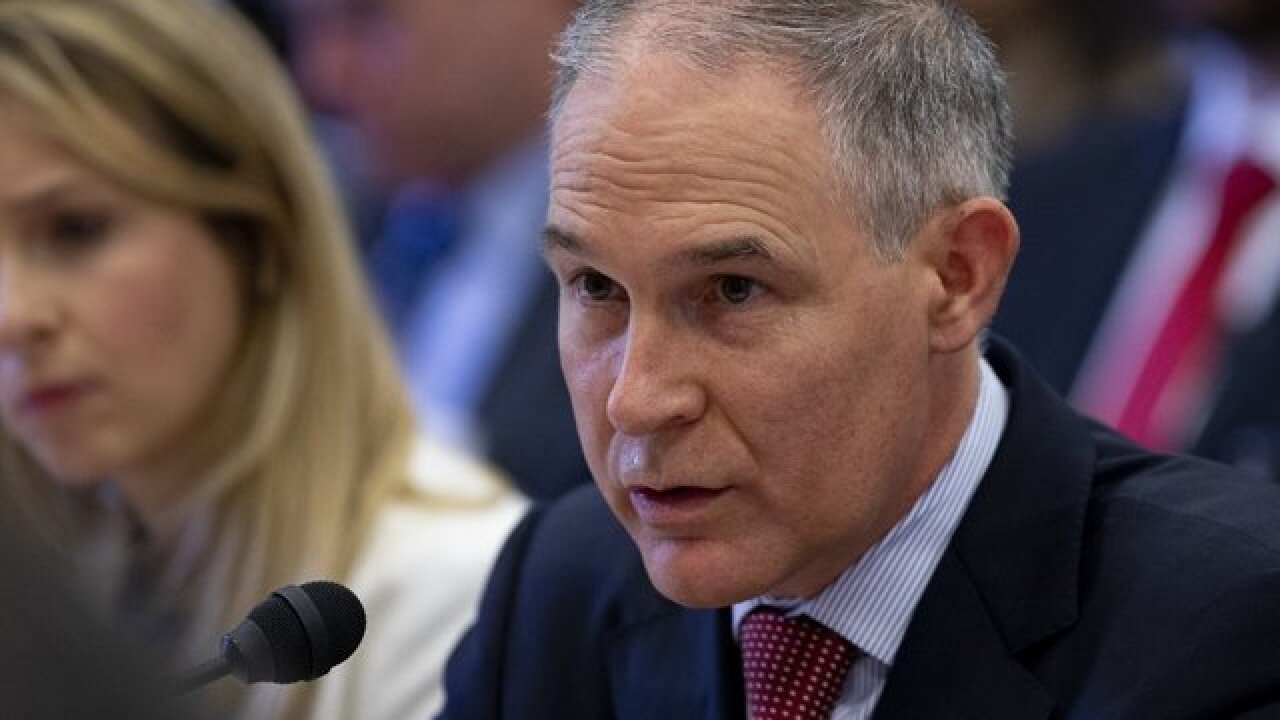 Embattled Environmental Protection Agency Secretary Scott Pruitt directly appealed to President Donald Trump this spring to fire Attorney General Jeff Sessions and let him run the Department of Justice instead, according to three people familiar with the proposal.

In an Oval Office conversation with Trump, Pruitt offered to temporarily replace Sessions for 210 days under the Vacancies Reform Act, telling the President he would return to Oklahoma afterward to run for office.

Pruitt's direct appeal to the President has not been reported previously.

Advisers quickly shot down the proposal, but it came at a time when Trump's frustration with Sessions over his decision to recuse himself from overseeing the Russia investigation had resurfaced. Trump has complained loudly and publicly about the recusal for the last 14 months and floated replacing Sessions with Pruitt as recently as April.

The Federal Vacancies Reform Act of 1998 gives the President the authority to temporarily fill a vacancy at a federal agency if the official "dies, resigns, or is otherwise unable to perform the functions and duties of the office."

The White House and EPA did not respond to requests for comment.

The offer from Pruitt -- and the President's consideration -- further signals how confident he has remained in Pruitt despite a dizzying number of ethics issues. Asked in June if he planned to fire Pruitt, Trump declined to answer, noting the "fantastic job" he has done at the EPA.

Pruitt, who is facing at least 14 federal probes, and his scandals have plagued the administration for months. On Monday, it was revealed that he and his aides kept "secret" calendars and schedules and would discuss which meetings and calls with industry representatives and others to include or omit from their publicly released calendar, according to a former EPA official who is expected to soon testify before Congress.

A review of EPA documents by CNN found discrepancies between Pruitt's official calendar and other records. If the allegations are true, the practice of keeping secret calendars and altering or deleting records of meetings could violate federal law as either "falsifying records" or hiding public records, according to legal experts interviewed by CNN.

White House officials continue to be perplexed by Pruitt's good standing with the President. While Trump has privately acknowledged that the EPA chief has created a slew of bad headlines, there is no plan to dismiss Pruitt right now, according to several sources inside the White House.

Before taking over the EPA, Pruitt was the attorney general of Oklahoma. He served two terms as chairman of RAGA, the Republican network for state attorneys general.