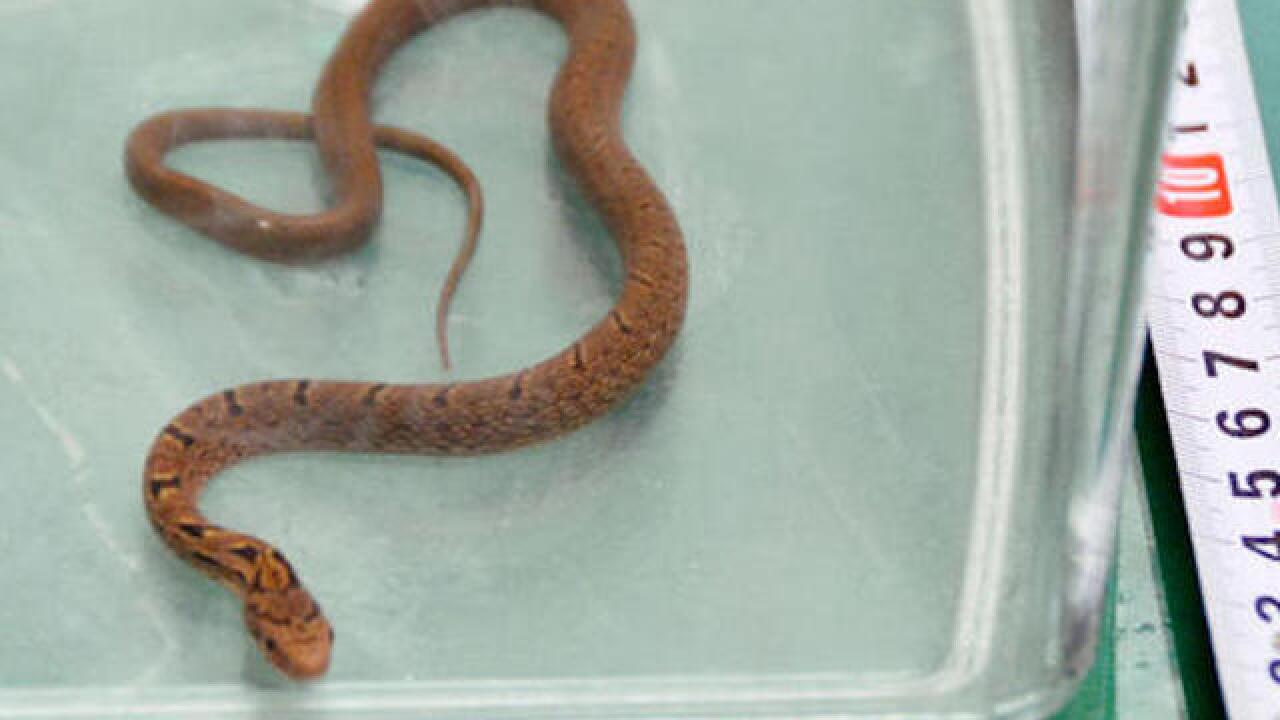 Copyright Associated Press
<p>A snake lays in a container after it was caught in bullet train, in Hamamatsu, central Japan, Monday, Sept. 26, 2016. The snake was found on a Japanese Shinkansen “bullet” train, wrapped around an armrest when it was spotted about an hour after departure, forcing the train to make an unscheduled stop. (Kyodo News via AP)</p>

TOKYO (AP) — A passenger spotted a snake curled around the armrest of another passenger's seat on a Japanese Shinkansen "bullet" train on Monday, forcing the train to make an unscheduled stop.

No one was injured in the incident.

The train's operator, JR Tokai, or Central Japan Railway Co., said the passenger sitting in the reserved seat was unaware that the snake was wrapped around his armrest for about 50 minutes until the person behind him saw it and notified a conductor.

Experts suspected the snake may have been brought on to the train accidentally in someone's luggage or with maintenance equipment. The 30-centimeter (foot-long) snake, initially thought to be a small type of python, was later identified as a rat snake after police consulted with a local zoo, according to Japanese media.

Railway spokesman Atsuo Utano said the train crew made an announcement asking if anyone had lost a pet snake and informing passengers of an unscheduled stop, but nobody came forward.

The super-express train made a stop at Hamamatsu station about 25 minutes later, and railway police removed the snake and the train departed in about one minute, Utano said.

He said the train arrived in Hiroshima, its destination, on time.

Monday's snake incident was not the first on the high-speed "bullet" train line. Five years ago, a train crew spotted a snake on an unoccupied seat, according to the railway.