Rafael Nadal pulls out of Wimbledon due to wrist 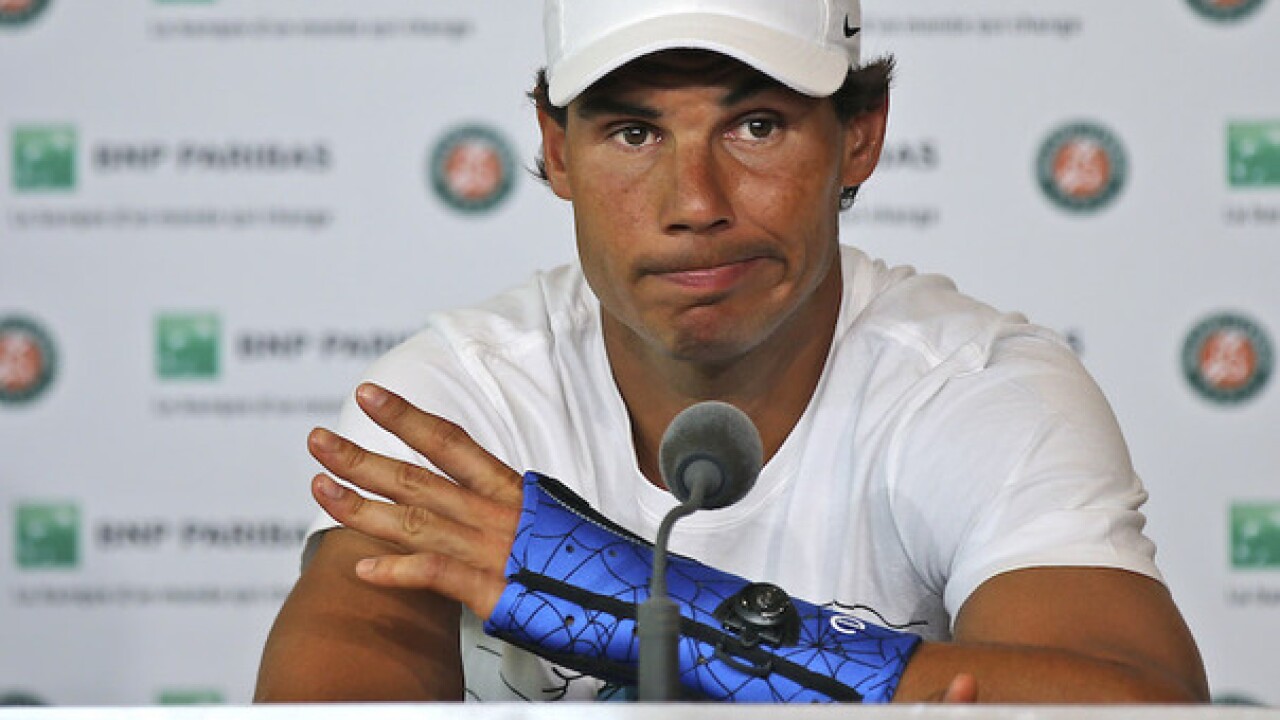 Michel Euler
<p>FILE - In thi Friay May 27, 2016 file photo, nine-time champion Rafael Nadal, of Spain, announces he is pulling out of the French Open because of an injury to his left wrist at the Roland Garros stadium in Paris, France. Nadal has pulled out of the Queen's Club grass-court tournament that serves as a tuneup for Wimbledon, citing the left wrist injury that cut his French Open short.</p>

LONDON (AP) — Rafael Nadal pulled out of Wimbledon on Thursday, citing the left wrist injury that forced him out of the French Open.

The two-time Wimbledon champion said on his Facebook page that he made the decision after consulting with his doctor and receiving his latest medical results.

"I won't be able to play at Wimbledon this year," the fourth-ranked Spaniard said. "As you can all imagine, it's a very tough decision, but the injury I suffered at Roland Garros needs time to heal."

Nadal had already pulled out of next week's Wimbledon grass-court warm-up at Queen's Club. Wimbledon, the third Grand Slam tournament of the year, starts on June 27.

Nadal's spokesman, Benito Perez-Barbadillo, said the player's wrist will be in a cast for another two weeks. After that, Nadal will begin anti-inflammatory treatments and physiotherapy.

Wearing a blue brace on his wrist, Nadal pulled out of the French Open before his third-round match in Paris. He said then that he expected to be ready for Wimbledon.

Nadal has only once made it as far as the fourth round since 2011, including a first-round loss in 2013, along with second-round exits in 2012 and last year.

It's unclear whether Nadal will be able to play at the Olympics in Rio de Janeiro in August. He has been chosen as Spain's flag carrier for the opening ceremony. Nadal missed the 2012 London Olympics because of an injury.