A Nashville rapper has been accused of robbing a Nashville bank. The robbery was reported on July 23 at a SunTrust Bank.

According to a criminal complaint, Demargrio Santeze Cooper was named a suspect in the case. He also goes by the name Yung Coop aka C4.

The teller reported that a man approached her and delivered a note, reading: 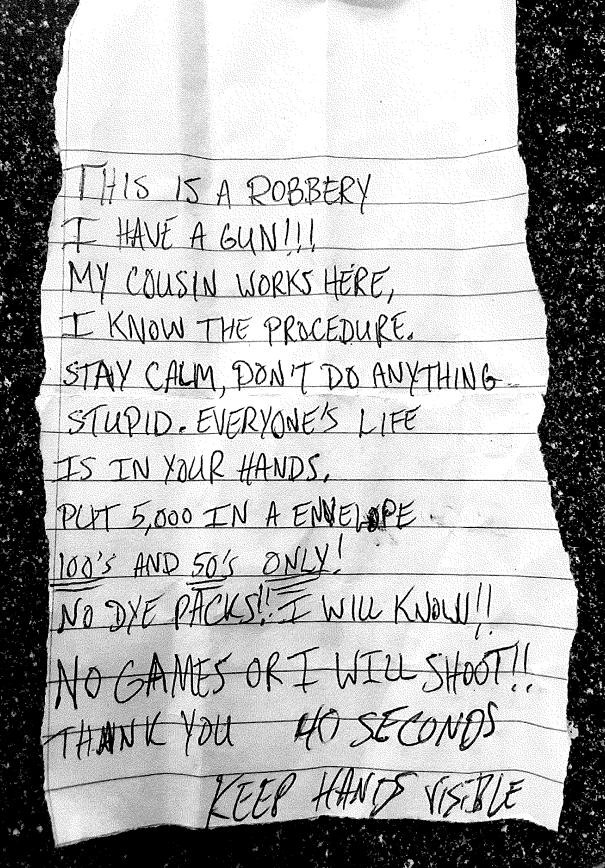 The suspect was asked if he wanted an envelope and replied "no." He then left the bank on foot. Investigators said he left the demand note, deposit slip and a $5 bill at the teller counter.

Based on tips provided to Crime Stoppers, agents reviewed social media and found a Facebook account and profile photograph for C4/Yung Coop.

Warning: The following content may be inappropriate for some viewers.