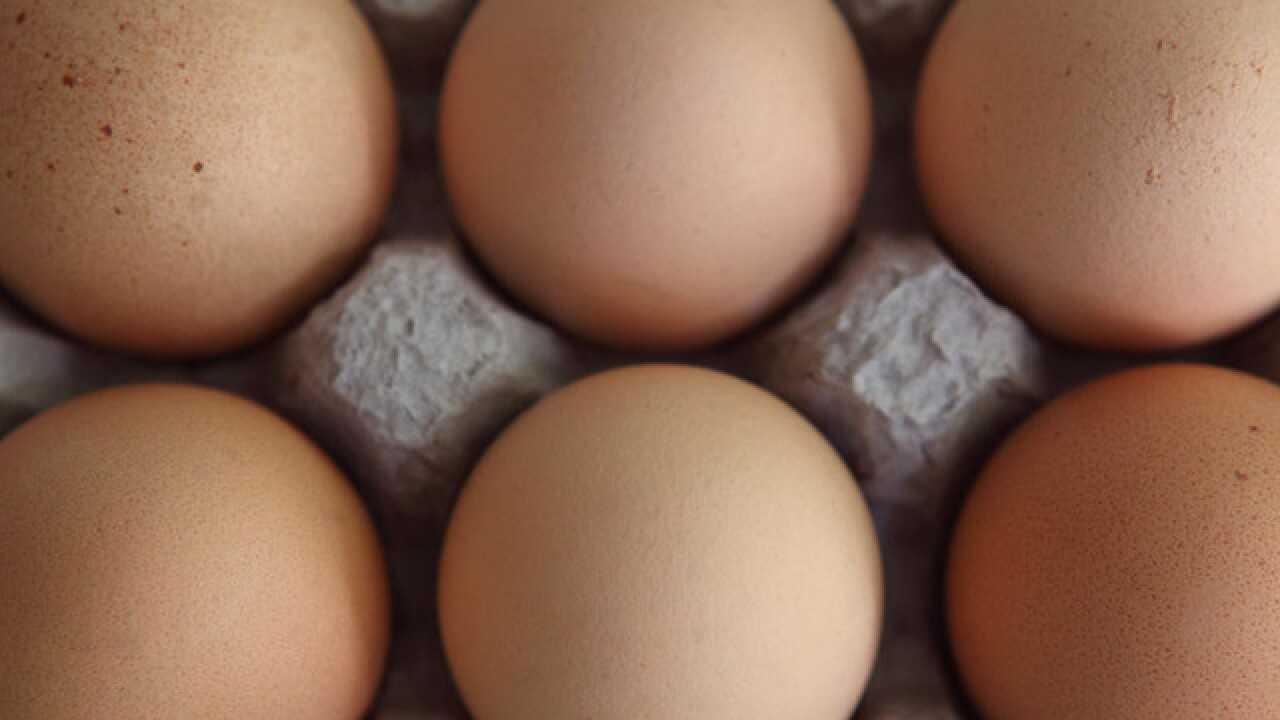 Eggs from Gravel Ridge Farms in Cullman, Alabama, have been linked to 38 cases of salmonella in seven states, the U.S. Food and Drug Administration said Tuesday.

The cage-free large eggs, which were sold in grocery stores in Georgia, Tennessee and Alabama, were recalled in September after illnesses were confirmed. The recalled eggs have a UPC code of 7-06970-38444-6 and best-by dates of July 25 through October 3. A full list of locations where the eggs were sold can be found on the recall announcement.

Ten people have been hospitalized, but there have been no reported deaths, according to the U.S. Centers for Disease Control and Prevention.

Twenty-three salmonella cases have been reported in Tennessee, seven in Alabama, four in Ohio and one case each in Colorado, Iowa, Kentucky and Montana. The illnesses began between June 17 and August 16.

Many of those infected reported eating dishes containing eggs at restaurants supplied by Gravel Ridge Farms.

The CDC advises that the eggs should not be eaten, sold or served. They should be thrown away or returned to the store where they were purchased.

The places where the eggs were stored should be cleaned and sanitized, and eggs should be handled and cooked safely to avoid the potential for illness.

Symptoms of salmonella infections include fever, diarrhea and abdominal cramps that appear 12 to 72 hours after infection, according to the CDC.

In some cases, people may have diarrhea so severe that they need to be hospitalized, but most recover without treatment after four to seven days.

The FDA says infections can be serious and sometimes fatal in certain populations, including young children, frail or elderly people and those with a weakened immune system.

The CDC, the FDA and state officials are investigating the outbreak.