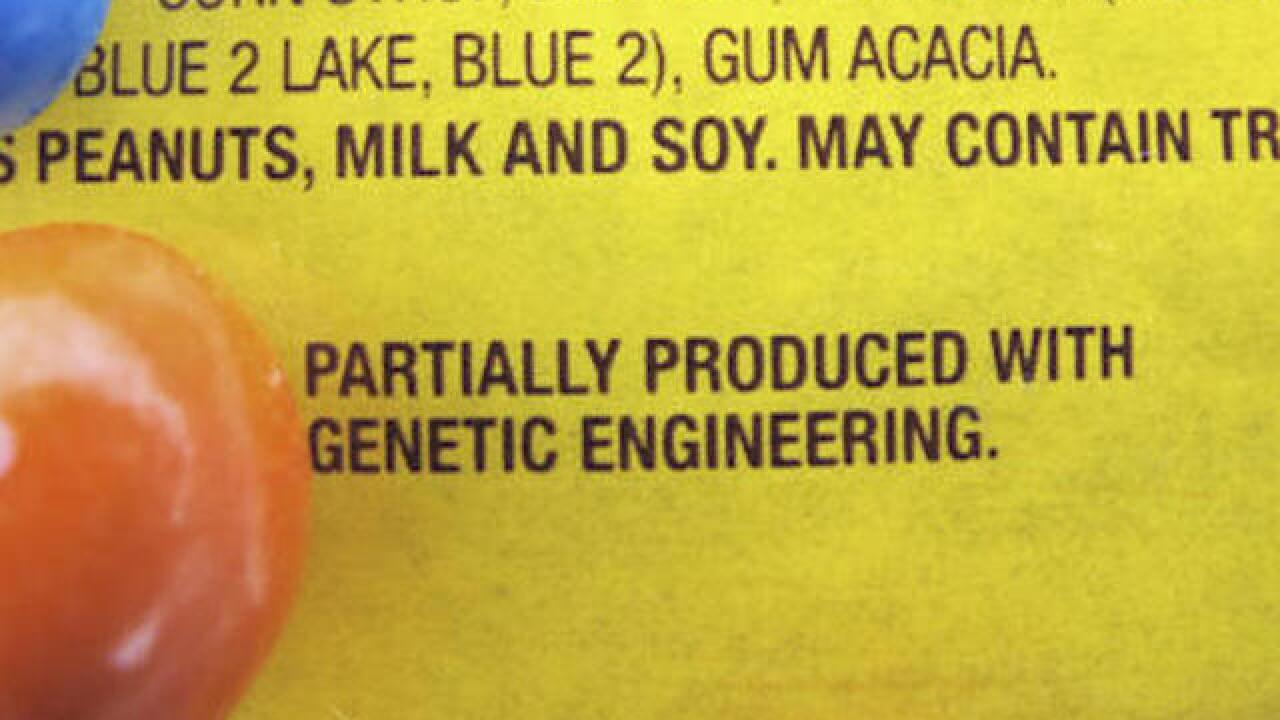 Copyright Associated Press
Lisa Rathke
<p>In this April 8, 2016 photo, a new disclosure statement is displayed on a package of Peanut M&Mï¿½s candy in Montpelier, Vt., saying they are "Partially produced with genetic engineering." Vermont is set to become the first state in the country on July 1 to require the labeling of foods made with genetically modified ingredients. (AP Photo/Lisa Rathke)</p>

WASHINGTON (AP) — Genetically manipulated food remains generally safe for humans and the environment, a high-powered science advisory board declared in a report Tuesday.

The National Academies of Science, Engineering and Medicine concluded that tinkering with the genetics of what we eat doesn't produce the "Frankenfood" monster some opponents claim — but it isn't feeding the world with substantially increased yields, as proponents promised.

With the line between engineered and natural foods blurring thanks to newer techniques such as gene editing, the 408-page report said, regulators need to make their safety focus more on the end-product of the food that's made rather than the nuts and bolts of how it's made.

The report waltzed a bit around the hot political issue of whether genetically modified food should be labeled. The study's authors said labels aren't needed for food safety reasons but potentially could be justified because of transparency, social and cultural factors, somewhat similar to made-in-America stickers. That stance was praised by some environmental and consumer groups, but criticized by some scientists as unnecessary because the food poses no unique risks.

Most of the modified plants are soybean, cotton, corn and canola; in most cases, genetic tinkering has made them resistant to certain herbicides and insects. When farms switched from conventional crops to the engineered varieties, there was no substantial change in the yield compared to non-engineered food. Production in general is increasing in agriculture, but U.S. Department of Agriculture data don't show that genetically engineered crops are increasing at a higher rate, despite experimental results suggest that they should, the report said.

"Farmers in general are gaining," with less pesticide use and a bit higher yield, academy committee chairman Fred Gould said at a Tuesday news conference.

The nuanced report first said it is important not to make sweeping statements on genetically engineered foods, which it called GE. Still, "the committee concluded that no differences have been found that implicate a higher risk to human health safety from these GE foods than from their non-GE counterparts."

The National Academy, established by President Abraham Lincoln to provide scientific advice, has issued reports before saying it could find no safety problem with eating genetically modified food. But the academy committee chairman Fred Gould of North Carolina State University said this report is different because his study team started by listening to critics of such foods and examined anew more than 1,000 studies.

"To some extent we know more about some genetically engineered food than we do about other food," committee member Dominique Brossard of the University of Wisconsin said. "There are limits to what can be known about any food. That's something we're not used to hearing as consumers."

Many scientists who work on the issue but weren't part of the study team lauded the report as sensible, but not surprising.

Mark Sorrells at Cornell called it "very well balanced, accurate, and reiterates much of what has already been published many times."

"Science is science, facts are facts," emailed Bruce Chassy, an emeritus professor of biochemistry and food science at the University of Illinois. "There's just no sound basis for their opposition just as there was never any scientific basis to believe GM plants should be viewed any differently than any other,"

One dissenter was Charles Benbrook, who used to be at Washington State University but is now a private consultant. He said he feels the risks of genetically engineered food are more serious than more mainstream scientists do, and that the human health assessments aren't ample enough.

Some groups critical of genetically engineering foods criticized the report before it came out. Food & Water Watch criticized the National Academy as taking funding from biotechnology firms and using "pro-GMO scientists" to write its reports. The report was funded by the Burroughs Wellcome Fund, the Gordon and Betty Moore Foundation, the New Venture Fund, the U.S. Department of Agriculture and the academy itself — none of which have direct connections to the agricultural biotechnology industry. It was peer reviewed by outside experts and committee members are vetted for financial conflicts of interests, said academy spokesman William Kearney.

Unlike many scientists, Marion Nestle of New York University, who was a reviewer but not author of the report, said "the report reveals how little is known about the effects of GE foods." She said if the people behind the report wanted to end the polarization over these foods, "this won't do the trick."