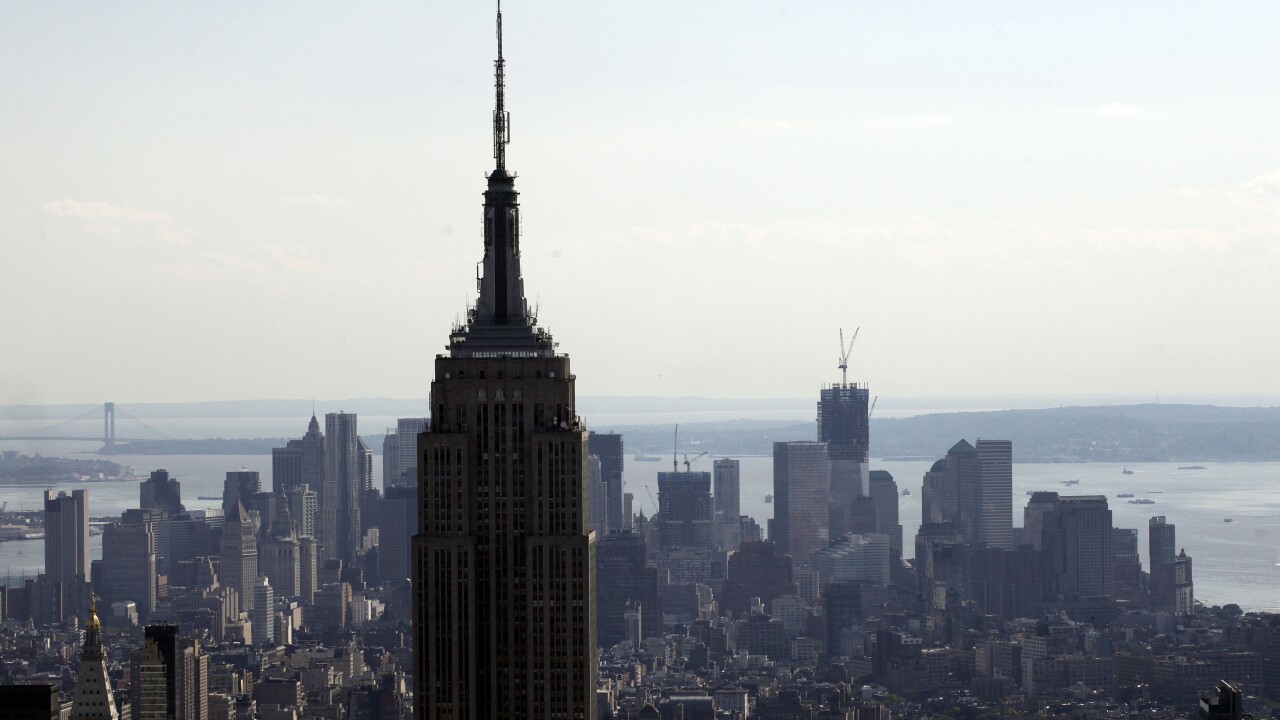 AP2011
Mark Lennihan/AP
FILE - This Aug. 30, 2011, file photo, shows the Empire State Building in an aerial view of the Manhattan skyline in New York. The Empire State building was New York's tallest from 1931-1972, until the completion of the World Trade Center. It became the tallest once again when two planes crashed into the World Trade Center in a terrorist attack, causing the twin 110-story towers to collapse on Sept. 11, 2001. On Monday, April 30, 2012, One World Trade Center _ being built to replace the twin towers destroyed on 9/11 _ gets steel columns to make its unfinished framework a little higher than the Empire State Building's observation deck, to become the tallest building in New York. (AP Photo/Mark Lennihan, File)

The number of empty apartments available to rent in Manhattan soared to its highest level in recent history this summer.

There are more than 13,000 apartments on the market in the heart of New York City, according to a real estate report from Douglas Elliman and Miller Samuel. The group says this is the most inventory they have seen in Manhattan in 14 years of keeping track.

For context, July 2020’s inventory is nearly 122 percent higher than last year; in July 2019 there were roughly 5,900 available apartments.

The group also says July had the biggest year-over-year drop in median rent price in nearly nine years. The median rental price for an apartment in Manhattan, including anything from a studio to a 3-bedroom, was $3,320 in July, and was $3,595 in July 2019.

The report also tracks the Queens and Brooklyn rental market. Both saw huge spikes in inventory, but none as large as Manhattan.

Click here to see where people are moving to according to the study.