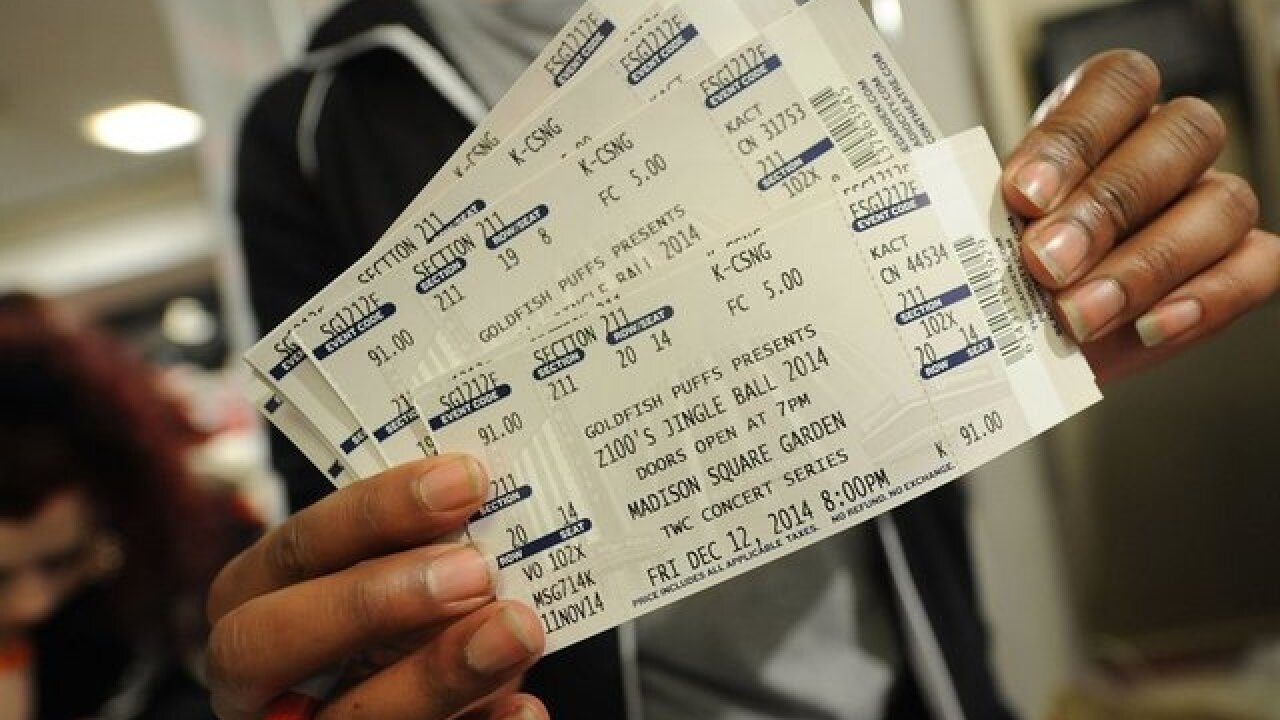 Purchasing concert tickets can often feel like a real-life battle of "The Hunger Games." When tickets go on sale, thousands try to swipe up prime seats to see their favorite acts in person.

Often, die-hard fans will sign-up for a coveted "presale code" as a way to have an advantage over the general public. Despite fans' best efforts, tickets often end up in the hands of scalpers who then turn around and sell tickets for a huge profit through Ticketmaster.

According to a CBC report, box-office titan Ticketmaster is profiting off of scalpers who they allegedly work with to help game the system over consumers hoping to purchase tickets at face value.

Since the CBC ran its report on Wednesday, Ticketmaster denies that it helps professional resellers game the system.

According to the CBC, the network sent undercover reporters to a ticket industry convention in Las Vegas. Posing as ticket resellers, Ticketmaster pitched the reporters on the company's resale program. At this conference, the CBC claims that Ticketmaster representatives told them the company ignores ticket-buying bots and fake identities to buy up tickets.

These fake accounts can then turn around on Ticketmaster's website and resell tickets at an inflated price, which Ticketmaster makes additional money off of in fees.

There is even a program that makes it easy for ticket resellers. The program is called TradeDesk, and it was pitched as a way for scalpers to purchase large blocks of tickets and quickly resell them at an inflated price on Ticketmaster's website.

And ticket reselling can be lucrative for both Ticketmaster and the scalper. An example the CBC gave was on a $209.50 ticket resold for $400. In that case, Ticketmaster makes an additional $76 off the ticket.

Here is the statement Ticketmaster released to the CBC, disputing their undercover findings:

"It is categorically untrue that Ticketmaster has any program in place to enable resellers to acquire large volumes of tickets at the expense of consumers," the statement said. "Ticketmaster's seller code of conduct specifically prohibits resellers from purchasing tickets that exceed the posted ticket limit for an event."