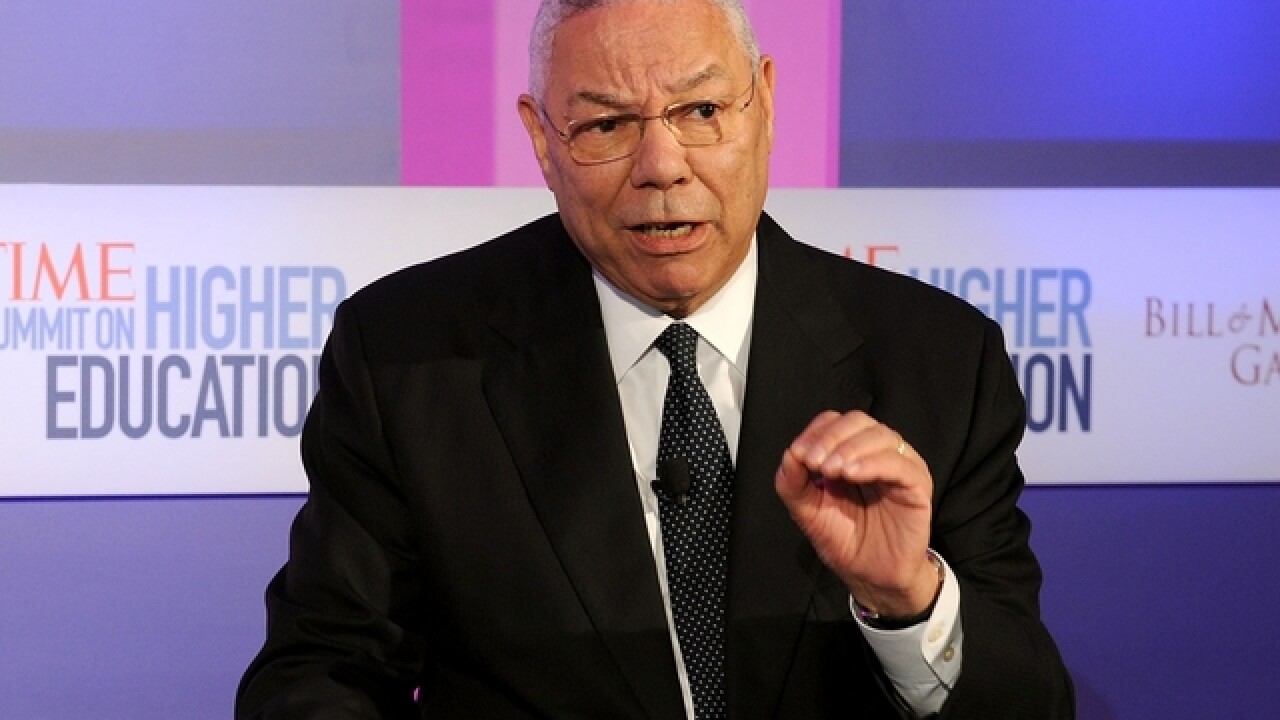 Former Secretary of State Colin Powell says he will vote for Hillary Clinton over Donald Trump.

The Republican and retired four-star Army general made his announcement at a fall meeting of a Long Island business association.

He is the latest in a series of Bush administration officials who have rejected their party's nominee.

Powell recently engaged in a public fight with Clinton when he denied her claim that he advised the Democratic nominee to set up a private email server as secretary of state.