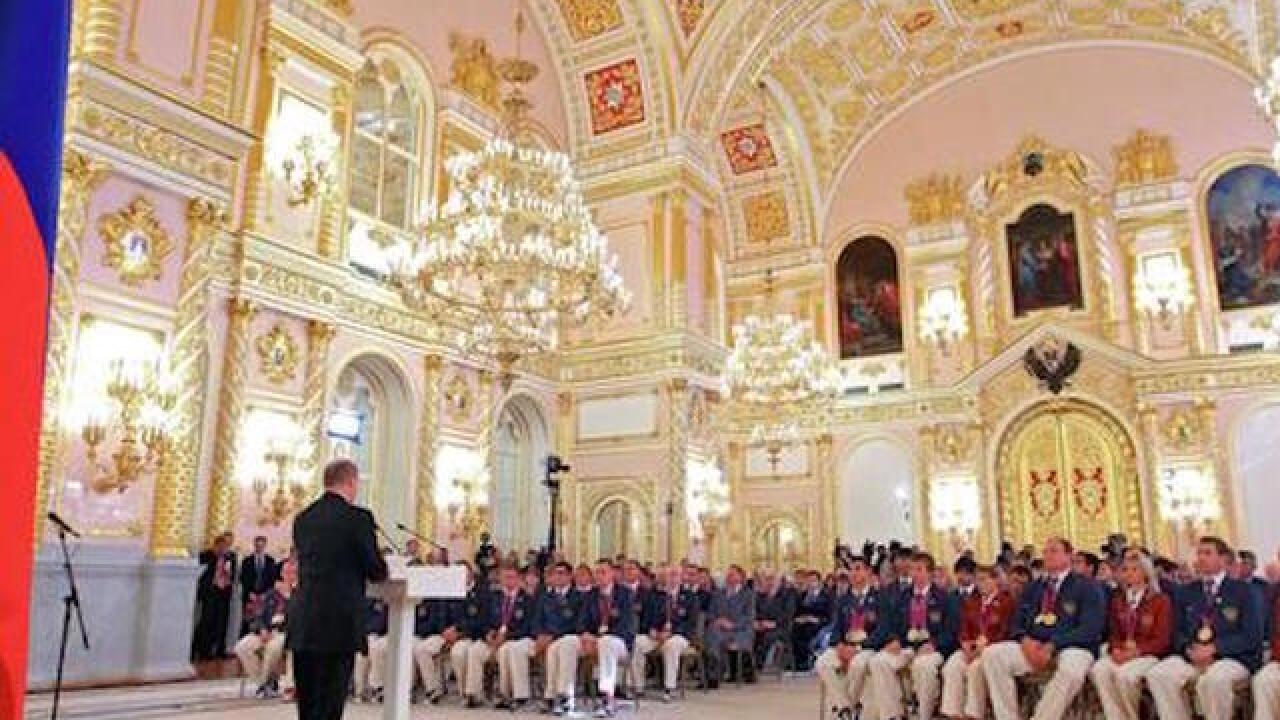 Copyright Associated Press
Mikhail Klimentyev
<p>In this file photo taken on Tuesday, Sept. 11, 2012, President Vladimir Putin, foreground left, speaks as he meets with the national paralympic team after they returned from the Paralympic Games 2012 in London, in Moscow's Kremlin, Russia. The entire Russia team has been banned from competing in the Paralympic Games in September as punishment for the country's systematic doping program. (Mikhail Klimentyev, Sputnik, Kremlin Pool Photo via AP)</p>

LAUSANNE, Switzerland (AP) — The Court of Arbitration for Sport has confirmed Russia's ban from the Paralympic Games as punishment for a state-backed doping program.

CAS announced its urgent verdict Tuesday to dismiss the Russian Paralympic Committee's appeal against exclusion from the Sept. 7-18 games in Rio de Janeiro. A hearing was held in Rio on Monday.

The court said its judges ruled that the International Paralympic Committee "did not violate any procedural rule" in banning the Russian team two weeks ago.

"(The) decision to ban the (Russian team) was made in accordance with the IPC Rules and was proportionate in the circumstances," the court said in a statement.

The Russian appeal "did not file any evidence contradicting the facts on which the IPC decision was based," the panel of judges ruled.

The world Paralympic body used evidence from a World Anti-Doping Agency-appointed inquiry into a Russian state-orchestrated program of doping and cover-ups which ran from 2011 to 2015.

Russian authorities also corrupted results at the 2014 Sochi Winter Games and Winter Paralympics by swapping tainted doping samples for clean ones at the official WADA-accredited laboratory, the inquiry said.

The IPC said in Rio two weeks ago it had evidence of manipulated doping tests relating to 44 Russian athletes, including 27 from competitors in eight sports that are part of the Paralympic program.

Then, IPC President Philip Craven said of Russia that: "Their medals over morals mentality disgusts me."

Craven is also a member of the International Olympic Committee which declined to use similar evidence to take the toughest sanction against Russia.

Instead, the IOC asked individual sports governing bodies to decide if Russian teams and athletes could compete at the Rio Olympics which ended Sunday. Russia's weightlifting team was banned and only one track and field athlete was ruled eligible.

Russia ended the Rio Olympics in fourth place in the medal table. Its athletes won 56 medals, including 19 gold.