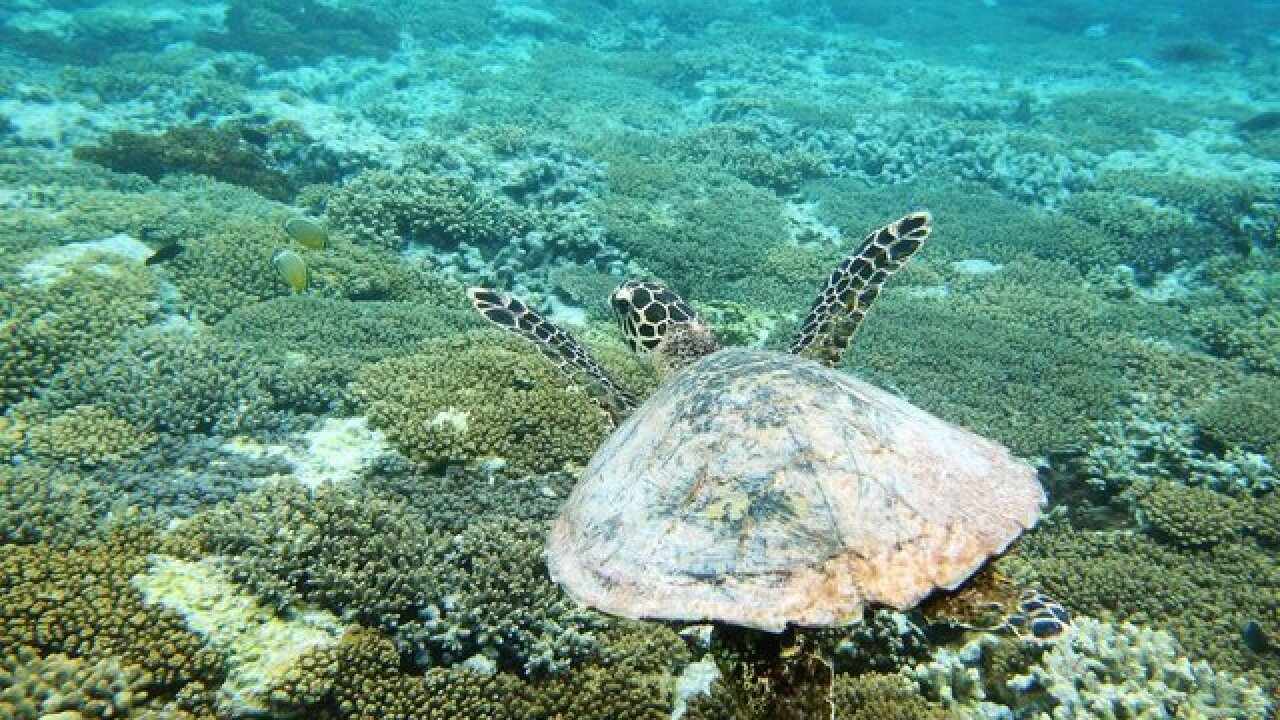 If you think Charleston, South Carolina, has plenty of history within its pre-Colonial grounds, just look at what's been hiding 160 miles off the city's coast for thousands of years: a giant deep-sea coral reef system. The chief scientist who helped make the discovery called it unbelievable.

How the hidden reef came to light

Little is known about the natural resources of the deep ocean off the United States' Southeast coast from Virginia to Georgia, so Deep Search 2018 was created to learn more by exploring the deep sea ecosystems. The project, consisting of scientists from the National Oceanic and Atmospheric Administration, the Bureau of Ocean Energy Management, and the US Geological Survey, is nearing the end of its 15-day voyage aboard the research vessel Atlantis.

A pair of dives in a submersible called Alvin confirmed the existence of the coral reef on Thursday, and based on observations, researchers estimate the reef is at least 85 miles long.

"This is a huge feature," expedition chief scientist Dr. Erik Cordes told HuffPost. "It's incredible that it stayed hidden off the US East Coast for so long."

Cordes said the ecosystem is unlike anything he has seen, with "mountains" of corals.

The discovery of the coral reef builds upon research by scientists working aboard the Okeanos Explorer, which mapped hundreds of deep-sea mounds. The mounds, it turns out, are formed by these corals.

Dr. Sandra Brooke, a coral ecologist among the research team members who dived near the site, described seeing thriving white Lophelia coral covering the sea floor in every direction and told HuffPost it was a surprise to find so much live deep-sea coral far from the coast. Coral reefs form more easily near the surface of the water, where the sun can feed the algae.

So it exists. Now what?

A coral reef is a large community of live organisms that live in one location. Many fish and sea creatures choose to spawn here, because the protected environment of the reef means their eggs will be safe from predators.

The discovery of this Atlantic reef comes as the Trump administration is proposing to roll back a ban on offshore drilling, which would reinstate drilling leases in Pacific and Atlantic waters.

More than 140 municipalities have publicly opposed offshore drilling activities in the Atlantic, according to the environmental group Oceana. Environmental groups call the plan dirty and dangerous.

A Bureau of Ocean Energy Management spokeswoman said it funds this type of research to identify resources that must be protected should there be future energy activity off the coast, and new information from this reef study "could be useful in pre-leasing or post-leasing [oil and gas] decisions, such as those affecting sensitive habitats that are the focus of this study."

Cordes also told HuffPost this coral habitat must be protected from oil and gas development, and believes it is critical for the productivity of regional fisheries.

Interior Secretary Ryan Zinke repeatedly said in January that any offshore drilling lease will come with the condition of safety.

The reef itself still holds many mysteries, and researchers write that the discovery will keep members of the Deep Search team "busy for months, and even years, to come."