Sears may be days away from bankruptcy 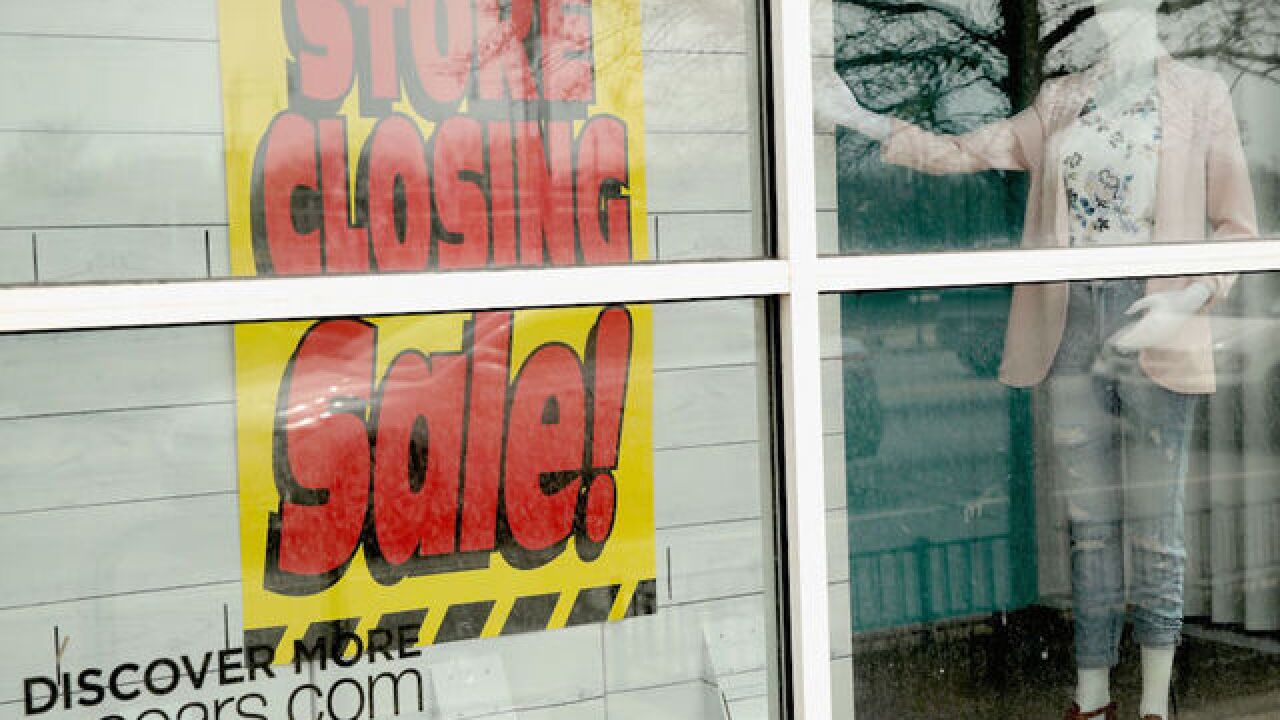 Image copyright 2018 Getty Images. All rights reserved. This material may not be published, broadcast, rewritten, or redistributed.
Scott Olson
<p>Signs in the window of a Sears store advertise the store's closing on May 3, 2018 in Chicago, Illinois. The store, which opened in 1938, is the city's last remaining Sears store. Sears opened its first retail store in Chicago in 1925.</p>

The handwriting is on the wall: Sears appears to be nearing bankruptcy.

One of Sears' major shareholders just dumped a chunk of his stock for pennies on his original investment. The company added a new director who is familiar with bankruptcies and restructuring. Reports circulated that the company is talking to advisers and banks in preparation for a bankruptcy filing.

Sears Holdings, the parent company of Sears and Kmart, faces an October 15 deadline to pay $134 million on its debt. CEO and primary shareholder Eddie Lampert told the company's board that it was crucial it restructure more than $5 billion it owes "without delay," according to a recent regulatory filing.

Investors are giving up hope on a deal. Sears Holdings ( SHLD ) stock plunged 30 percent in premarket trading Wednesday. The stock has lost two-thirds of its already depressed value since Lampert announced the attempt to restructure the company's debt on September 24.

Lampert has been willing to pour additional cash into the company in return for debt backed by real estate or other hard assets. For example, he recently offered to buy its Kenmore appliance brand for $400 million. But the company's independent directors have yet to accept that offer or take action on his proposal to restructure Sears' debt he says the company can no longer afford.

Signs that the end is near

Sears revealed Tuesday night that investor Bruce Berkowitz of Fairholme Capital Management dumped 142,000 shares of Sears in the last few days, for only 59 cents to 65 cents a share. The sale represents just 8 percent of his remaining stake in the company, but it's not a good sign: He may be cutting some of his losses, because shareholders are typically wiped out in a bankruptcy.

The company also announced Tuesday that it added a new member to its board of directors who is familiar with bankruptcies and restructuring: Alan Carr, CEO of the restructuring advisory firm Drivetrain.

Sears has hired M-III Partners, a boutique advisory firm specializing in seeing companies through bankruptcies and restructuring, according to the Wall Street Journal . The company is also talking to lenders about providing it with debtor-in-possession financing, CNBC reported . That kind of loan is used by companies that file for bankruptcy to fund operations during the process.

Sears did not immediately respond to a request for comment.

What happens if Sears goes bankrupt

If Sears does file for bankruptcy, it could try to stay in business, using the court process to shed debt and unaffordable leases. It could attempt to emerge as a profitable company.

But the retail landscape is littered with out-of-business brands that tried to reorganize in the bankruptcy process and liquidated their businesses instead. In just the last few years RadioShack, Toys "R" Us and Sports Authority have all followed the path to the retailer graveyard.

Sears was at one point America's largest retailer and its largest employer. But its declines goes back decades, well before the growth of online shopping that threatens traditional brick-and-mortar retailers.

Sears and Kmart merged to form Sears Holdings in 2005 when they had 3,500 US stores between them. A long series of store closings has left it with fewer than 900 today.

In July, Sears closed its last store in Chicago, once its hometown. The company recently announced another 46 store closings that will take place just before the start of the holiday shopping period.